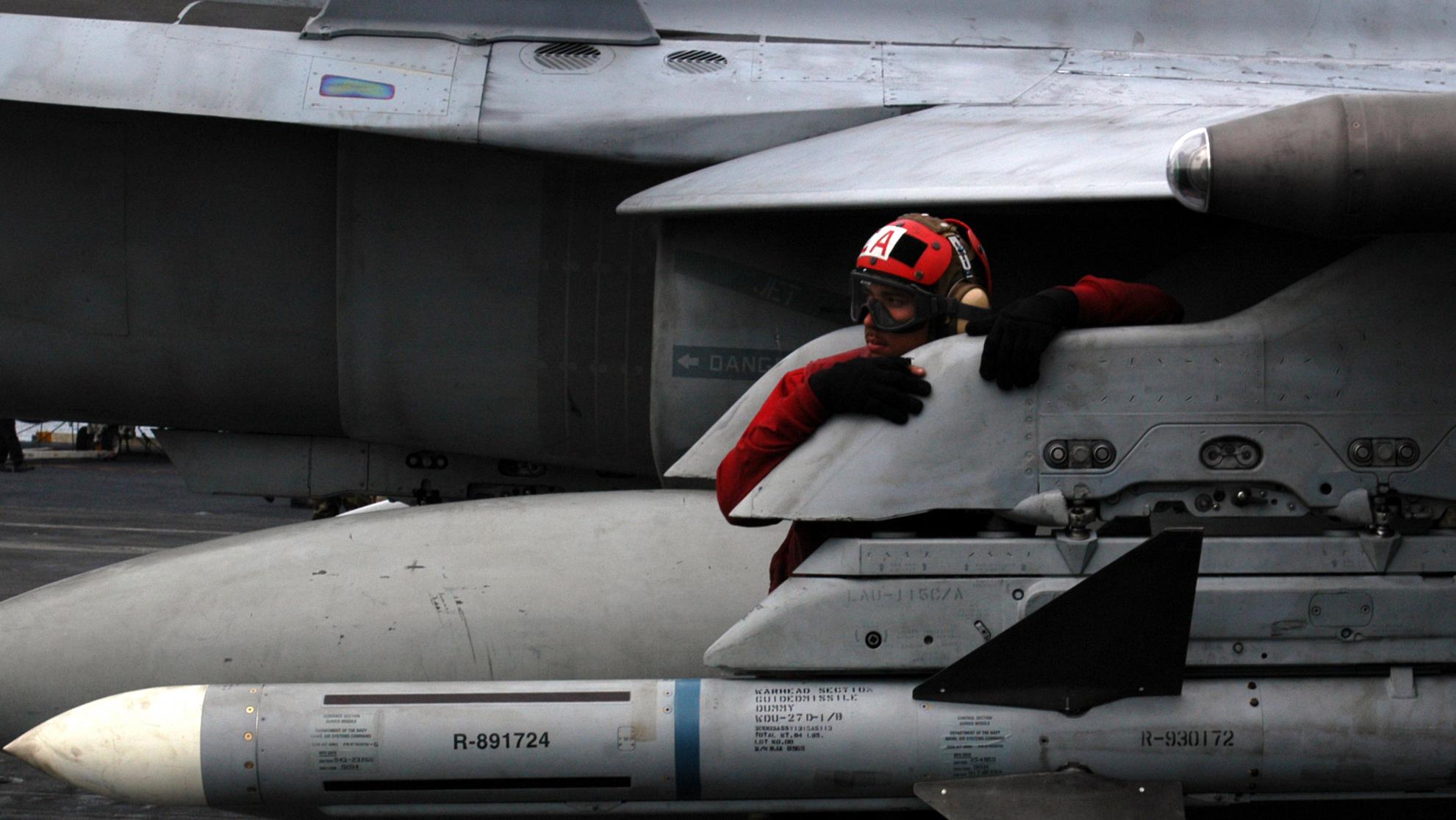 The Air Intercept Missile (AIM)-7 Sparrow is a supersonic, medium-range air-to-air missile.  The development of this beyond visual range (BVR) missile started as a project called “Hotshot” in 1946 and was intended to design a missile which was capable of intercepting enemy targets at medium range. It has a high-explosive warhead and is guided by radio frequency (RF) signals received from the launching aircraft. The missile also exists in a ship-based intercept version where it is designated RIM-7 Sea Sparrow.

The first firing of the missile took place in December 1952. The missile reached initial operational capability (IOC) in late 1953 and entered service in 1956 with F3H-2M 'Demon' and F7U-3M 'Cutlass' fighters. The first combat use of the AIM-7 Sparrow occurred in the Vietnam conflict where it was heavily used by U.S. Air Force and Navy F-4 Phantoms.

It is currently planned to remain in service through 2018 and is being replaced by the AIM-120D Advanced Medium Range Air-to-Air Missile (AMRAAM).

AIM-7 is operated by the U.S. Navy, Marine Corps and Air Force, as well as international partners.