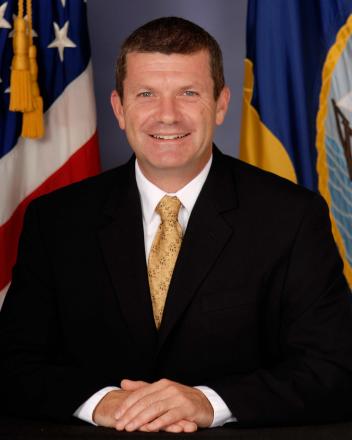 As deputy commander, Garry Newton is the senior civilian at Naval Air Systems Command (NAVAIR), reporting directly to the commander. He is responsible for planning and organizational effectiveness related to executing NAVAIR’s mission, which is to deliver timely and sustainable naval aviation capabilities to ensure warfighter success. NAVAIR consists of more than 30,000 civilian/military personnel located at eight primary sites and is comprised of a headquarters, Warfare Centers and Fleet Readiness Centers. NAVAIR employees provide support to naval aviation customers and affiliated Program Executive Offices in the areas of research and development, engineering, test and evaluation, acquisition, in-service support and repair/modification of aircraft, weapons and related systems.

Newton began his professional career as an industrial engineer at NAVAIR in 1991. He is a graduate of the NAVAIR Engineering Scientist Development Program. From 1991 through 2005, Newton held various technical positions within NAVAIR’s Engineering and Logistics Groups, where he developed specialized tools and procedures to assess weapons system effectiveness and efficiencies in both the acquisition and sustainment life cycle phases.

Newton was appointed to the Senior Executive Service in August 2005. Newton served as the director of Aviation Readiness and Resource Analysis at NAVAIR from August 2005 through September 2008. In this position, he served as the senior technical authority for readiness analysis for naval aviation systems, as well as being responsible for naval aviation logistics information system architecture and the focal point for fleet operational data.

As the director of Industrial Operations and deputy commander, Fleet Readiness Center, from September 2008 through March 2011, Newton was responsible for the business and operations management of all naval aviation organic intermediate and depot-level maintenance operations covering 23 sites around the world.

From March 2011 through December 2012, he served as the deputy assistant commander for Logistics and Industrial Operations. As the senior civilian for naval aviation acquisition logistics and in-service fleet support, he was responsible for 16,000 civilian and military personnel across 27 operational sites, with an annual budget of $5 billion.

Newton earned a bachelor’s degree in industrial engineering from West Virginia University and a master’s degree in management from Florida Institute of Technology. In May 2002, he was awarded the Navy Civilian Meritorious Service Award and received the Presidential Rank of Meritorious Executive in September 2010.