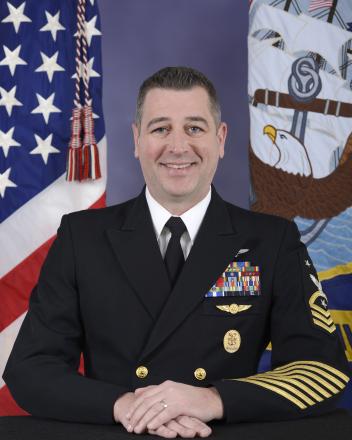 CMDCM(AW/SW/NAC) John Bowler was born in Richmond, Va. and is a graduate of Mills E. Godwin High School Class of 1991. He enlisted in the Navy in July 1993 and completed Recruit Training in Orlando, Fl.