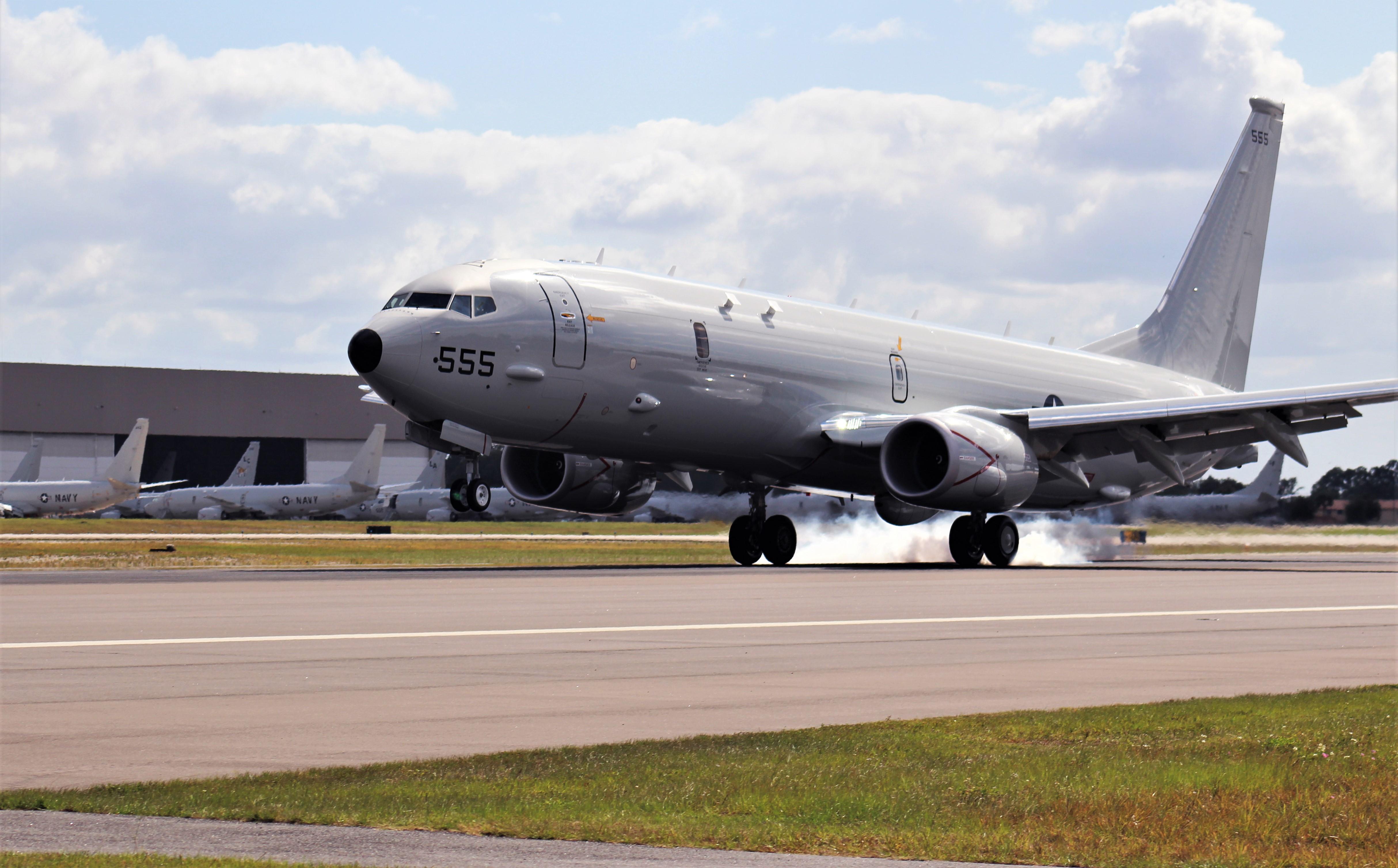 The second week of May marked a number of noteworthy milestones for Naval Aviation and the Maritime Patrol and Reconnaissance Force (MPRF).

Patrol Squadron (VP) 40 completed a Safe-For-Flight evaluation May 14 for acceptance of their first P-8A Poseidon, the culminating event of a six-month transition from the P-3C Orion.

"The Fighting Marlins lived up to the incredibly high standard set by both Naval Air Station (NAS) Whidbey Island and Naval Air Station (NAS) Jacksonville squadrons," said Capt. Erin Osborne, Commander, Patrol and Reconnaissance Wing 10. "The ability of these units to learn a completely new aircraft and seamlessly integrate into the battlespace is a testament to the agility, dedication, and professionalism of our force."

VP-40 represents the 12th and final active component VP squadron to transition from the P-3C Orion to the state-of-the-art P-8A Poseidon platform, a process that began eight years ago with VP-16 aboard NAS Jacksonville.

"The completion of all twelve active VP squadron transitions represents a landmark occasion in our storied branch of Naval Aviation," said Rear Adm. Pete Garvin, Commander, Patrol and Reconnaissance Group. "I am confident that the men and women of the Fighting Marlins of VP-40 will continue to display the same level of pride and professionalism as each of their predecessors. I remain very proud of their effort to fight to the finish and the distinction they brought upon themselves and our community during the final active duty P-3C deployment."

The last P-3C to return from that deployment, bureau number 162776, now resides at the National Naval Aviation Museum in Pensacola, Fla. Museum and MPRF leadership are in the planning stages of a formal ceremony and display.

The P-3C to P-8A transition has been on course, maintaining the original schedule over the last seven years, all while continuing to meet VP Global Force Management and deployment obligations.

"Employing a mix of legacy and new aircraft, the MPRF demonstrated a tenacious commitment to ensuring forward deployed fleet and combatant commanders were provided the Maritime Domain Awareness they have come to expect," said Garvin. "This level of success is unprecedented in Naval Aviation and demonstrates a continuous delivery of performance with speed and affordability through strengthening relationships with industry leaders, interagency partners, and allies."

In the same week, MPRF accepted the 100th United States Navy P-8A aircraft. Side number 555 is the 94th addition to the fleet's inventory of mission-capable aircraft, with six additional jets serving in developmental/operational test and evaluation roles.

The P-8A is a proven long-range multi-mission maritime patrol aircraft capable of broad-area, maritime and coastal operations. It combines superior performance and reliability with an advanced mission system that ensures maximum interoperability in the battlespace. With an impeccable service and safety record, the globally proven airframe recently surpassed 297,500 flight hours across the worldwide fleet.

The recent success of the MPRF does not end there. Two MQ-4C Tritons deployed to Guam earlier this year bringing a long anticipated early operational capability to the fleet. The newest addition to the community's family of systems, Triton entered its operational phase last month and rapidly proved itself a valuable asset across the Indo-Pacific theater of operations. Providing persistent Intelligence, Surveillance, and Reconnaissance (ISR) to fleet and combatant commanders, the appearance of the MQ-4C has the potential to be a game changer in maritime operations, MPRF leadership said.

"The men and women of 'Big Red' are operating and maintaining this new capability forward deployed today," said Capt. Matt Pottenburgh, Commander, Patrol and Reconnaissance Wing 11. "Triton is integrating into a series of missions in support of multiple task forces across the Indo-Pacific theater that showcase its unprecedented endurance. Operating at high-altitude with a 24 hour flight endurance, the MQ-4C is the perfect complement to the P-8A Poseidon. The pairing of a high-altitude persistent spotter with multi-mission shooter is the epitome of long-range maritime lethality."

Garvin reflected on the MPRF's hard work over the last several years that culminated in achieving the week's significant milestones.

"I am extremely proud of how far our community has come, and more importantly, where we are headed. It is important that we acknowledge the incredible diligence and tremendous dedication of so many that have made these programs a success. The Maritime Patrol and Reconnaissance Force is not just completing a transition from one platform to another, but a fundamental transformation in the way we operate. What an honor and inspiration it is to see the completion of these three momentous achievements in the span of a few weeks."

The Maritime Patrol and Reconnaissance Force is the Navy's primary provider of long-range airborne Anti-Submarine Warfare, Anti-Surface Warfare, and Maritime ISR forces. Comprised of more than 7,000 men and women on both coasts, the force is continuously deployed around the world 24/7, 365 days of the year. 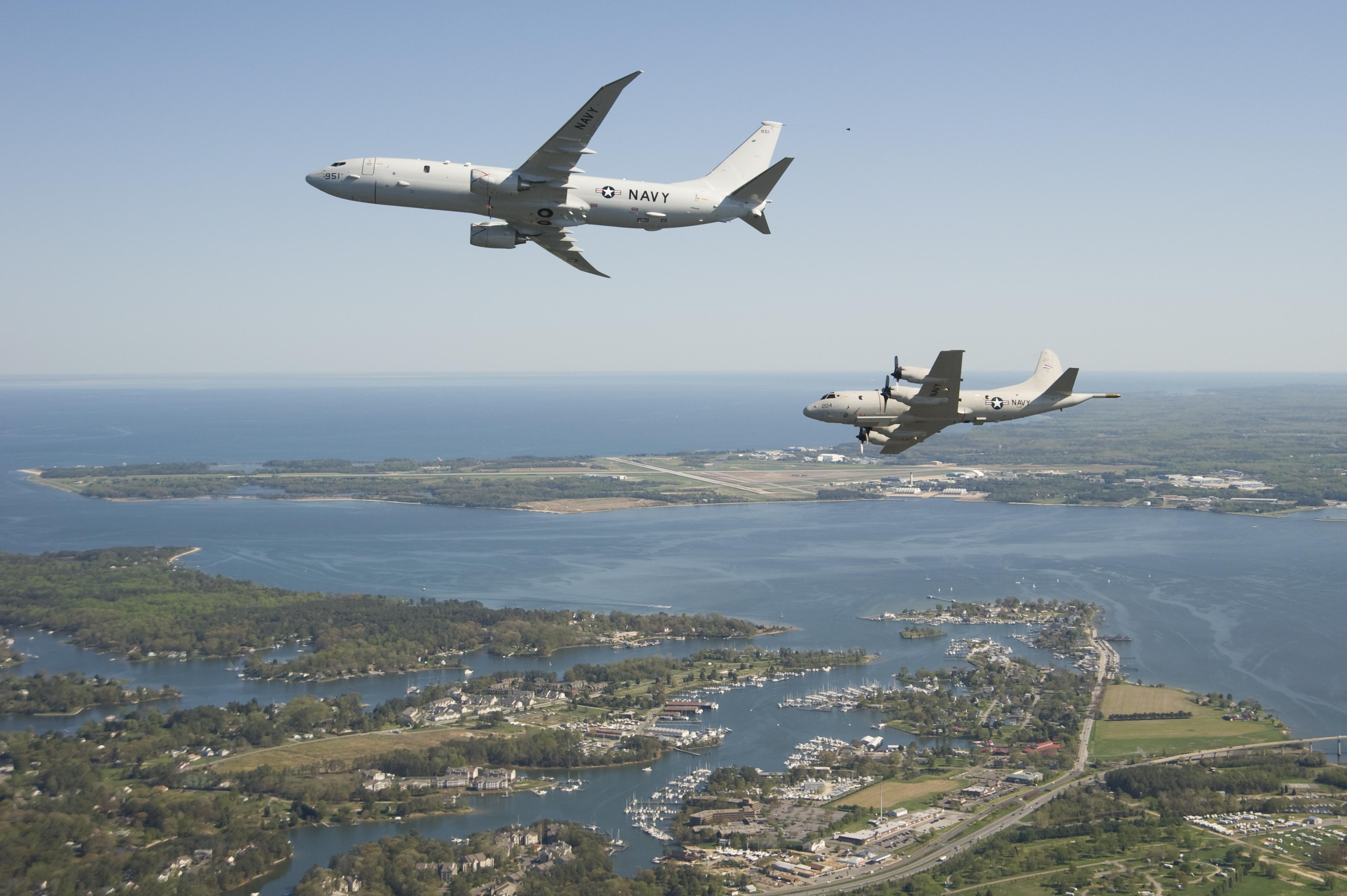 A P-8A Poseidon and a P-3C Orion fly over Patuxent River, Maryland. The 12 active duty patrol squadrons have completed their transition from the P-3 to the P-8.