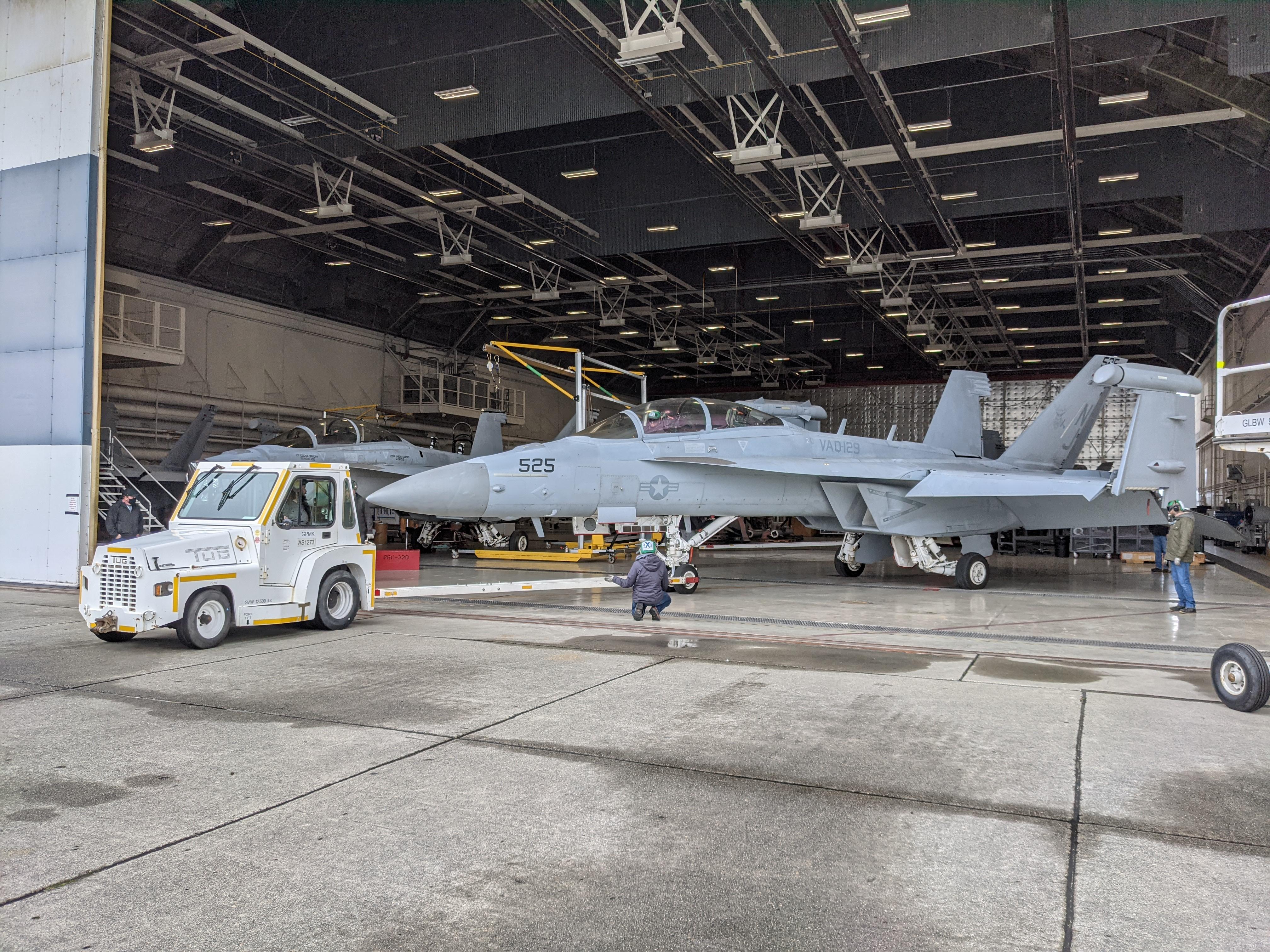 The F/A-18 & EA-18G Program Office (PMA-265) commenced the five-year Growler Capability Modification (GCM) program at Naval Air Station (NAS) Whidbey Island, Washington. This kicks off the first major effort to upgrade the capabilities of the EA-18G Growler in the history of the platform.

“As the first major upgrade to the platform since its inception, the GCM will allow the Growler community to maintain the advantage in the electromagnetic spectrum and lay the basis for future upgrades to keep the aircraft relevant into 2040,” said Cmdr. Chris Gierhart, PMA-265 Growler Systems Integration lead.

The EA-18G Growler, a variant of the F/A-18F Super Hornet, will receive multiple modifications, which support the upcoming fleet release of the Next Generation Jammer Mid-Band (NGJ-MB) pod (AN/ALQ-249(V) 1). These modifications focus on updating the jets’ Airborne Electronic Attack (AEA) and mission systems, enabling future capability growth for the U.S. Navy’s 160 EA-18Gs that serve a critical role in jamming radar and communications signals of threat forces, hindering their ability to detect and track U.S. and allied military forces. GCM will integrate advanced datalinks and the NGJ-MB pod, providing a considerable increase in electronic attack capability over the Growler’s current AN/ALQ-99 Tactical Jamming Systems pod, which has been in use since the 1970s.

“These modifications provide the warfighter a significant leap in capability across the electromagnetic spectrum, improving combat support to front-line strike fighters of U.S. joint and allied forces,” said Gierhart.

GCM is comprised of multiple Engineering Change Proposals across several of the EA-18G aircraft systems. The very first EA-18G production aircraft delivered to the Navy in 2007 was the first aircraft inducted for GCM.

“The team’s diligence and extensive coordination resulted in a cross-organizational solution that brought in the required support equipment, facility upgrades and workforce, all during the restrictions and protocols associated with the COVID-19 pandemic,” said Capt. Stephen May, PMA-265 EA-18G deputy program manager.

“We’re excited to get this effort underway to ensure the latest technologies are incorporated into the EA-18G Growler, giving our warfighter the tools needed to be successful in every mission.”