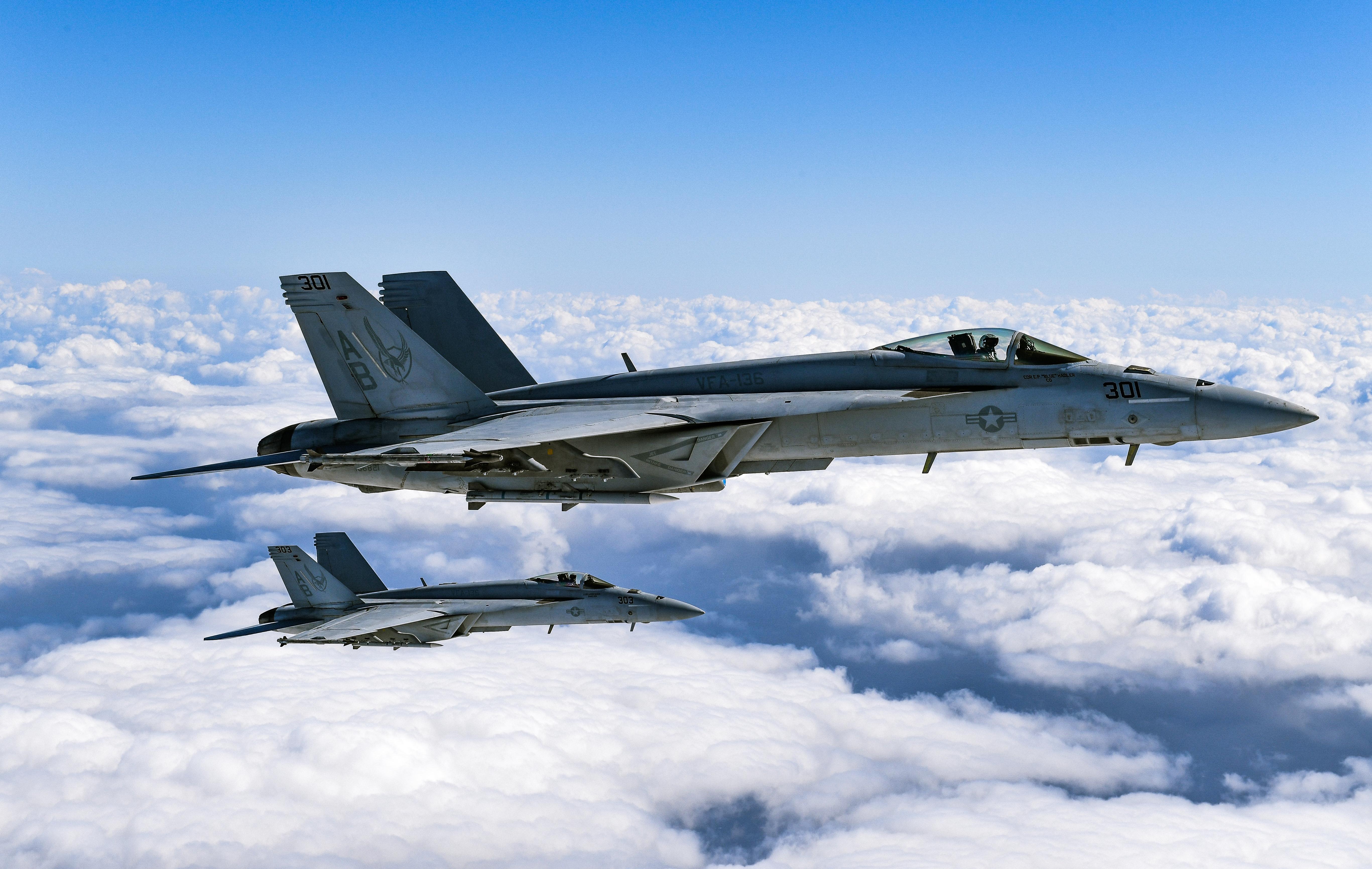 F/A-18E/F Super Hornet entered fleet service in 1999, as the replacement for the F-14 Tomcat. The Super Hornet is the second major model upgrade since the inception of the F/A-18 aircraft program highly capable across the full mission spectrum: air superiority, fighter escort, reconnaissance, aerial refueling, close air support, air defense suppression and day/night precision strike. The single-seat F/A-18E and the two-seat F/A-18F are high performance, twin-engine, mid-wing, and multi-mission tactical aircraft designed to replace the F/A-18C (single-seat) and F/A-18D (two-seat) aircraft as they reach the end of their service lives and retire.

The F/A-18E and F/A-18F are designed to meet current Navy fighter escort and interdiction mission requirements, to maintain F/A-18 fleet air defense and close air support roles, as well as an increasing range of missions, including Forward Air Controller (Airborne) and Aerial Tanking, as they have proven capability to replace the S-3 as an aerial tanker. F/A-18E/F enhancements include increased range and improved carrier suitability required for the F/A-18 to continue its key strike fighter role against the advanced threats of the 21st century.

F/A-18 E/F Block II Super Hornet, in service since 2001, incorporated a number of capabilities-enhancing technologies over the course of the last 20 years, the Block II iteration has earned a reputation as the backbone of the Navy’s carrier air wing and a workhorse within the fleet. The final F/A-18E/F Block II production aircraft was delivered to the Service in April 2020.

The U.S. Navy's Blue Angels Flight Demonstration Squadron has proudly flown the F/A-18 Hornet since 1986, but began transition to the F/A-18 Super Hornet in 2020.

The Hornet and Super Hornet comprise the aviation strike force for seven foreign customers including Canada, Australia, Finland, Kuwait, Malaysia, Spain and Switzerland, with many more international partners expressing interest in the proven and versatile platforms.

The F/A-18 E and F Super Hornet were rolled out at McDonnell Douglas (now a part of Boeing) in 1995. The E is a single seat and the F is a two-seater. The dual-seat variant serves as a trainer in addition to bringing added mission capacity on deployment by facilitating shared workload.

While substantially larger than its predecessor, the F/A-18 Hornet, at roughly 7,000 pounds heavier, with a 50% higher range, the Super Hornet delivered with fewer parts and lower maintenance demands.

The first operational cruise of Super Hornet, F/A-18 E, was with VFA-115 onboard the USS Abraham Lincoln (CVN 72) in July 2002, and initial combat action occurred in November of the same year, when they participated in a strike on hostile targets in the "no-fly" zone in Iraq.

The jet’s robust airframe was built with an open mission systems architecture, enabling ease of integration for new weapons and technology systems. Through incremental block upgrades, the Super Hornet has proven adaptable and capable of keeping pace with adversaries in today’s dynamic combat environment by striving to continually deliver increased lethality and mission flexibility.