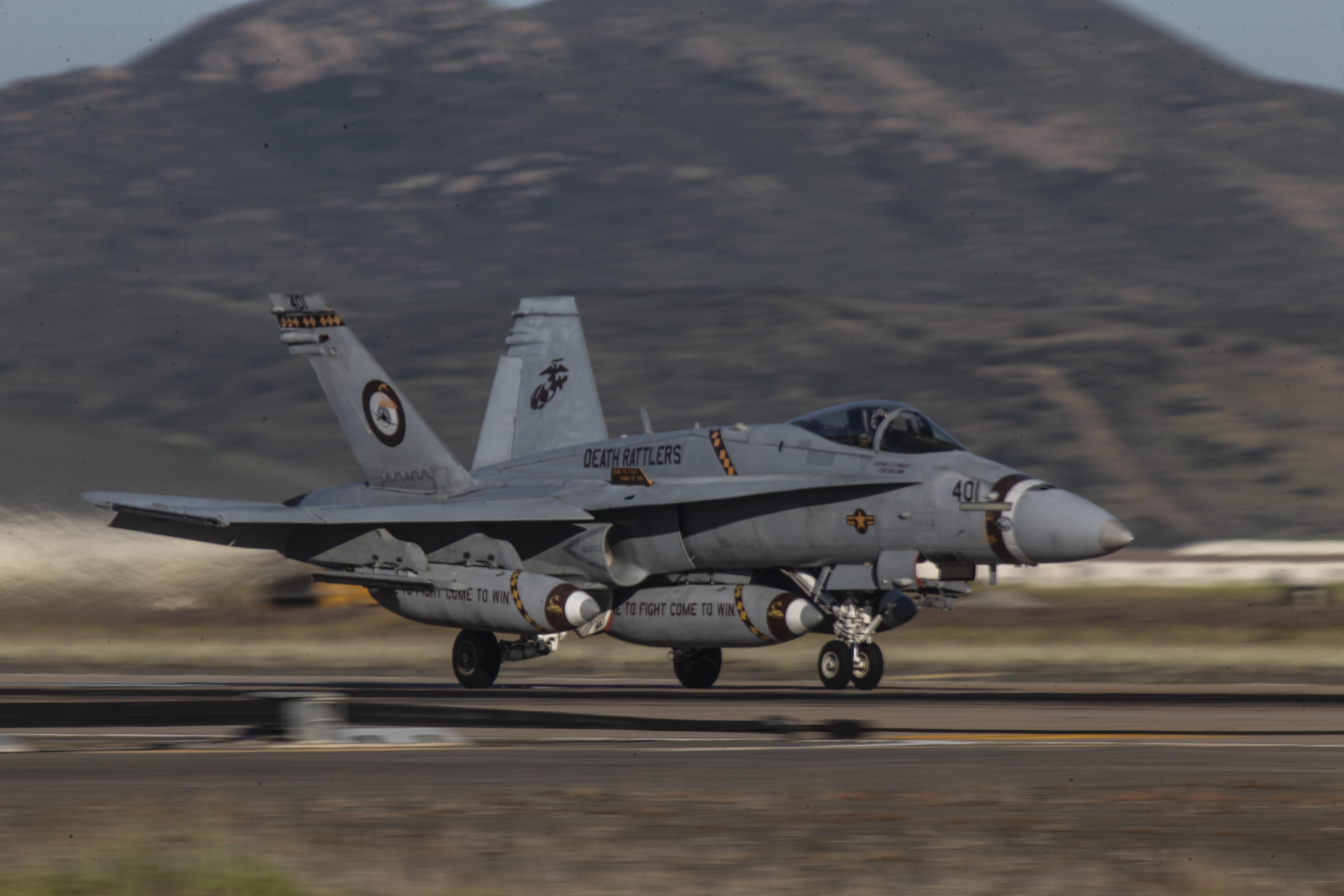 The Hornet demonstrated its capabilities and versatility early in its lifecycle during Operation Desert Storm, wherein the aircraft shot down enemy fighters and bombed enemy targets within the same mission, proving its lethal effectiveness as a strike fighter. Hornets taking direct hits from surface-to-air missiles, recovering successfully, being repaired quickly, and flying again the next day further cemented the robustness and survivability of the aircraft.

The F/A-18 Hornet remains the workhorse of Marine Corps tactical aviation and supports operational deployments around the globe. It will serve as the Marine Corps’ primary bridging platform to the F-35 Joint Strike Fighter until its planned sundown in 2030.

The F/A-18 Hornet completed its first flight in 1978 and entered operational service with the Marine Corps in 1983 and the U.S. Navy in 1984. The Hornet replaced the F-4 Fantom and the A-7 Corsair.

The F/A-18A and C are single seat aircraft, while the F/A-18B and D are two seaters. The B model is primarily used for training, while the F/A-18A+ and C/D models are used for attack, tactical air control, and forward air control and reconnaissance missions. There have been several block upgrades to the Hornet for enhanced capabilities throughout the platform’s service life.

Production of C and D models ended in 2000, with the last delivery of an F/A-18D to the U.S. Marine Corps occurring in the summer of the same year. In April 2018, the U.S. Navy announced retirement of the F/A-18C from combat roles. F/A-18A/B/C/D Hornet domestic aircraft entered its Post Production Support (PPS) phase in FY00. The Navy and Marine Corps continue to analyze Hornet manpower and sustainment requirements as the aircraft ages and approaches sundown.