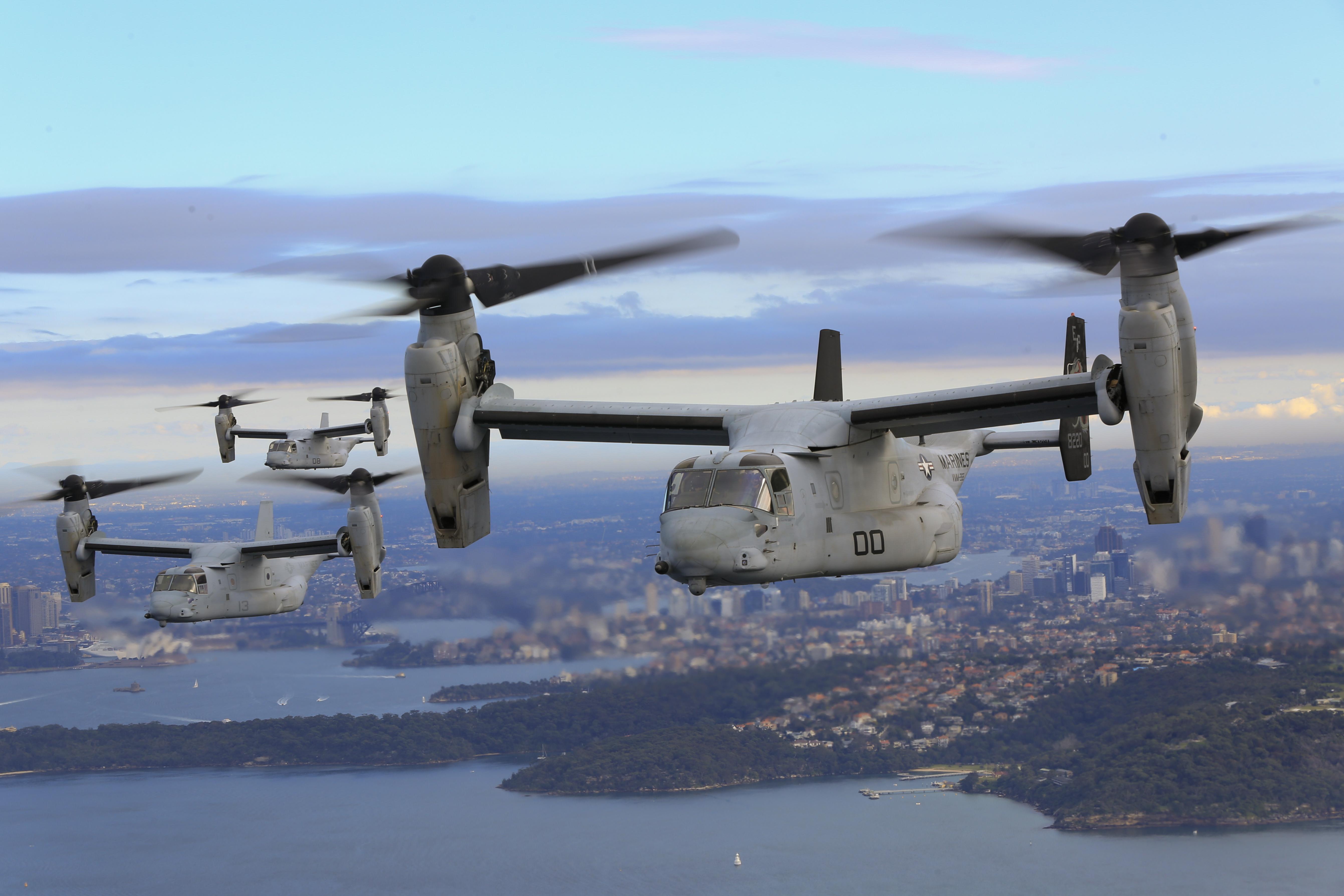 The MV-22 Osprey’s mission for the U.S. Marine Corps is the transportation of troops, equipment, and supplies from ships and land bases for combat assault and assault support.

The MV-22B Osprey is a tiltrotor V/STOL aircraft designed as the medium-lift replacement for the CH-46E Sea Knight assault support helicopter. The Osprey can operate as a helicopter or a turboprop aircraft and offers twice the speed, six times the range, and three times the payload of the CH-46E.

Initial Operational Capability (IOC) for the MV-22B was declared in June 2007. The Osprey had three successful combat deployments in Iraq from October 2007 to April 2009 with VMM-263, VMM-162 and VMM-266 respectively. VMM-263 embarked on the first MV-22 shipboard deployment with the Bataan Ready Group in May 2009 as part of the 22nd Marine Expeditionary Unit (MEU).

On Mar. 28, 2008, NAVAIR awarded a five-year, $10.3 billion dollar contract to Bell- Boeing for 141 MV-22 Ospreys for the Marine Corps and 26 CV-22 Ospreys for the Air Force Special Operations Command. It is the first multi-year procurement contract for the Osprey program, covering purchases in FY08-12. The deal saves the taxpayers $427 million and reduces risk to the government by establishing cost ceilings.

On June 12, 2013 the Navy signed a second multiyear procurement (MYPII) contract with Bell Boeing for production of the V-22 Osprey tilt-rotor aircraft.  This multiyear contract procures 100 V-22s during FY13-FY17 with 93 MV-22s going to the Marine Corps and seven CV-22s to the Air Force.  The total contract value is nearly $6.4 billion and is expected to save approximately $1 billion during its period of performance.