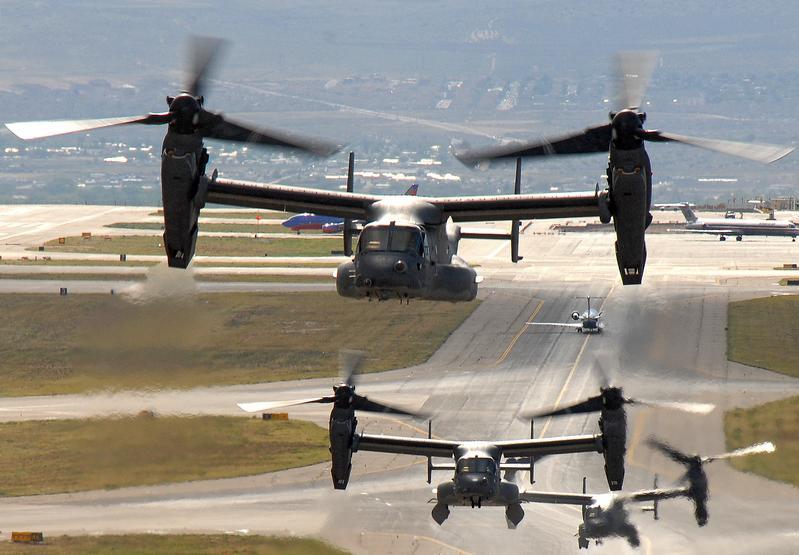 Like the MV-22 Osprey, the CV-22 is a tiltrotor aircraft that combines the vertical takeoff, hover, and vertical landing qualities of a helicopter with the long-range, fuel efficiency and speed characteristics of a turboprop aircraft. Those capabilities give this versatile, self-deployable aircraft the capability to conduct missions that would normally require both fixed-wing and rotary-wing aircraft.

The CV-22 is equipped with integrated threat countermeasures, terrain-following radar, forward-looking infrared sensor, and other advanced avionics systems that allow it to operate at low altitude in adverse weather conditions and medium- to high-threat environments.

The first two test aircraft were delivered to Edwards Air Force Base, Calif., in September 2000. The 58th Special Operations Wing at Kirtland AFB, NM began CV-22 aircrew training with the first two production aircraft in August 2006. The first operational CV-22 was delivered to Air Force Special Operations Command in January 2007. Initial operational capability was achieved in 2009. A total of 54 CV-22 aircraft are scheduled to be delivered by the end of 2021.