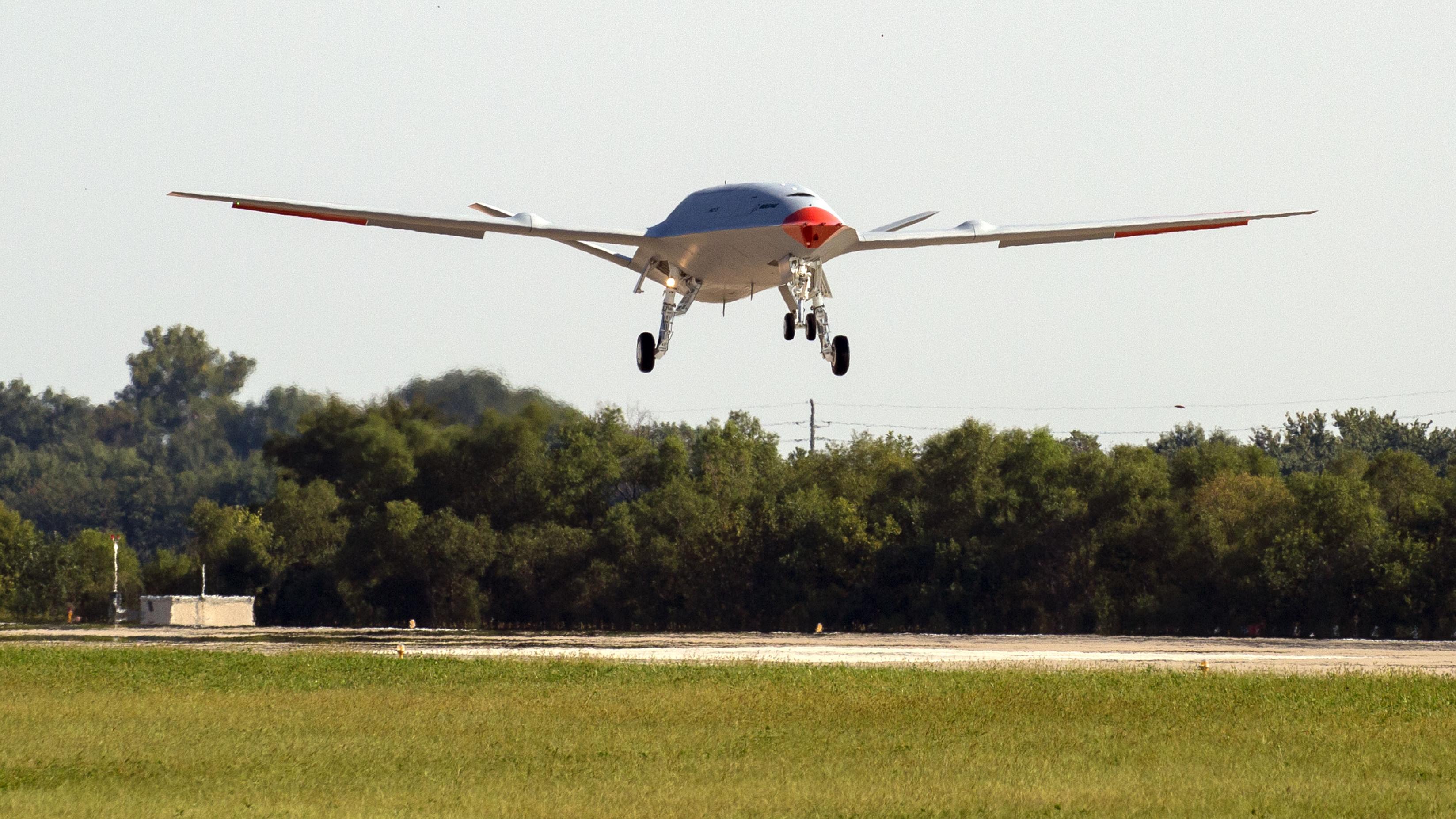 The MQ-25™ Stingray will be the world’s first operational, carrier-based unmanned aircraft and provide aerial refueling and intelligence, surveillance and reconnaissance (ISR) capabilities that enhance capability and versatility for the Carrier Air Wing (CVW) and Carrier Strike Group (CSG). Integration of a persistent, sea-based tanker into the CVW will make better use of our combat strike fighters and extend the range of our aircraft carriers. The system will be a critical part of the future CVW and is central to the Navy’s strategic Unmanned Campaign Framework, laying the foundation for all future carrier-based unmanned systems and pioneering the cutting-edge manned-unmanned teaming (MUM-T) operational concept. The Navy plans for all NIMITZ and FORD-class carriers to eventually be MQ-25 capable.

MQ-25 is comprised of two major segments: The MQ-25 Air System (air vehicle), and the Unmanned Carrier Aviation Mission Control System (UMCS), the system required for carrier integration and command and control of the MQ-25 air vehicle and payload. PMA-268 manages these segments as the government Lead Systems Integrator (LSI).

MQ-25 is currently in flight test, gaining valuable early insight from the contractor-owned MQ-25 predecessor, T1. In 2019, the government/industry team conducted its first flight with the MQ-25 T1 test asset. Data from early T1 testing allows for learning and discovery to advance the development of major systems and software, and supports a rapid developmental test program.

The Navy awarded an Engineering and Manufacturing Development (EMD) contract to The Boeing Company in August 2018 for the design, development, fabrication, test, delivery, and support of four MQ-25A Engineering Development Models (EDMs). In 2020, the Navy executed a contract option to purchase three additional test aircraft.

Over the next few years, Boeing will deliver the EDM aircraft and testing will occur at its facility in St. Louis, Missouri before transiting to NAS Patuxent River for the duration of the flight test program, with additional testing taking place in Lakehurst, New Jersey, and Eglin Air Force Base, Florida.

MQ-25™ is a trademark of the Department of the Navy