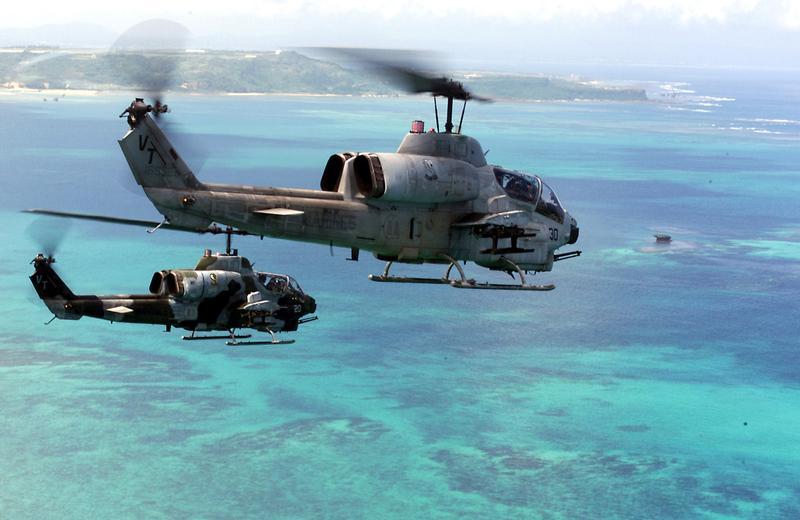 Roles for the U.S. Marine Corps:

Originating from a concept demonstrator delivered to the U.S. Army in 1962 based upon a UH-1 Huey, the AH-1 is the world’s first attack helicopter. Marines have been flying the AH-1W Super Cobra since 1986. The last AH-1W was delivered in 1998. The AH-1W is being replaced by the AH-1Z, starting in 2006 as part of a remanufacture program. The Last AH-1W is expected to be replaced in 2020. AH-1Ws are fielded in Marine Light Attack Helicopter Squadrons, or HMLAs. Detachments from HMLAs deploy as part of the task-organized Aviation Combat Element of a Marine Air-Ground Task Force, the most common of which is the Marine Expeditionary Unit, or MEU.