“This team has been able to adapt when the world changed around them,” Corey said. “The team was able to adjust to shifting requirements and maintain day-to-day operations under the strong leadership of Capt. Mackin.  I am enormously proud of this entire government/industry team and our Royal Australian Air Force partners.”

During his tenure, Mackin led a team of more than 650 military, government and contractor personnel and managed a $10 billion portfolio. He oversaw Triton’s first ever deployment to Guam in 2020 and has ensured Unmanned Patrol Squadron (VUP) 19 had the ability to execute over 1,500 flight hours of persistent Intelligence, Surveillance, and Reconnaissance (ISR) enhancing forward deployed maritime tasking and Indo-Pacific Command (INDOPACOM) battlespace awareness. Most recently, he oversaw Triton’s first test flight with its upgraded multi-intelligence capability.

Mackin continued to manage the Broad Area Maritime Surveillance-Demonstrator (BAMS-D) program which supports operations in the Fifth Fleet area of responsibility. Under his leadership, BAMS-D completed nearly 700 sorties, logging over 14,000 flight hours, while reaching both the 30,000 and 40,000 hour milestones.  The team received the NAVAIR Commander’s award for highest platform readiness.

“Our team’s operations with Triton highlighted our potential adversaries’ attempts to project both economic and military power in INDOPACOM and the BAMS-D flights over the Persian Gulf ensured that our adversaries in CENTCOM [Central Command] could not succeed in moving weapons and illicit materials by being on station with our unblinking eyes in the sky,” said Mackin. “I am so proud of your hard work - Triton’s first multi-INT flight has us on schedule and ready to IOC in 2023!”

A native of Jackson, Wyoming, Guerre graduated from the U. S. Naval Academy in 2000 and earned a master’s degree in systems engineering from Southern Methodist University in Dallas.  He was designated as a Navy pilot and flew numerous combat missions in support of Operations Iraqi Freedom and Enduring Freedom.

In 2013, he began his acquisition career at PMA-262 as the Triton air vehicle Integrated Product Team (IPT) lead and later as the class desk engineer, where he oversaw Triton’s first test flight and completion of envelope expansion. He then served as the P-8 IPT lead and was responsible for the aircraft’s development, sustainment and production. He most recently served as the chief of staff for the Deputy Assistant Secretary of the Navy (Air/Ground) in the Pentagon.

“The focus of efforts has to be aligned to serving our customer...it’s the AT-3 [Aviation electronics technician] on the flight line, the lieutenant in the MOB [Main Operating Base], that chief in maintenance control that are figuring out how to make this system work,” Guerre said. “What gives me confidence is you -- the folks here at PMA-262 that welcomed me into this program 10 years ago. Your passion, determination and unity with industry is going to make this program successful,” Guerre said to the PMA-262 team.

PMA-262 is responsible for the development, production, fielding and sustainment of the Navy's high-altitude, long-endurance UAS.  The program portfolio includes the MQ-4C Triton UAS, BAMS-D, advanced sensors and technology, and international programs. 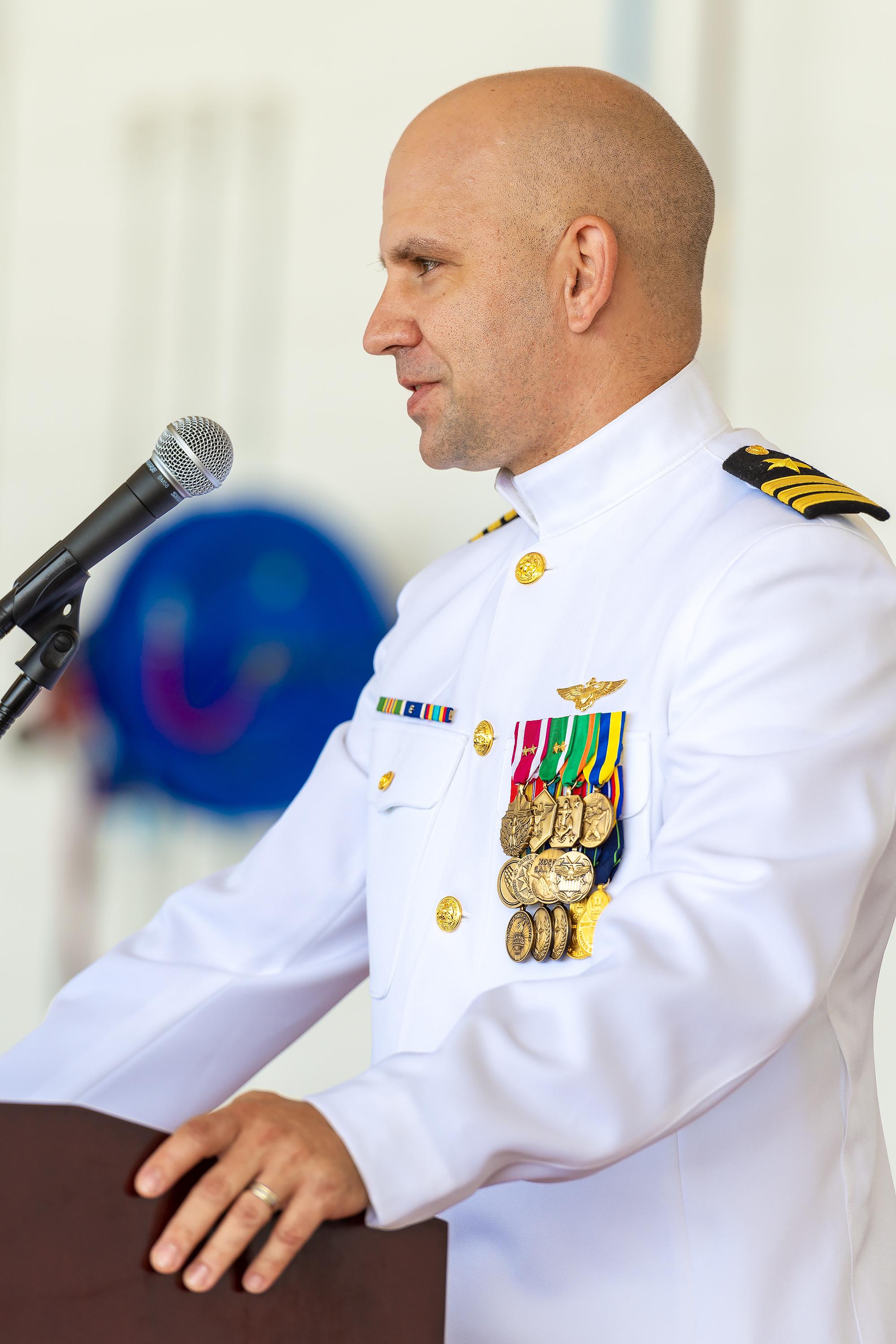