The government team, along with industry partners Boeing and Lockheed Martin, conducted a demonstration aboard the carrier with both ground control system (GCS) and aircraft to evaluate the MQ-25 system’s integration into the carrier environment.

“There is no better way to determine the success of a carrier aircraft design and its integration into the air wing then to put that new aircraft through testing at sea,” said Capt. Chad Reed, Unmanned Carrier Aviation program manager. “I am extremely proud of our team for the stellar execution of both engine and aircraft tests, as well as the approaches flown in a surrogate aircraft.  It's an exciting time as we progress toward the air wing of the future.”

During the in-port portion of the UCAD, Lockheed Martin installed the prototype MD-5 ground control station in the Unmanned Aviation Warfare Center (UAWC), the CVN-based control room.  The team specifically demonstrated the functionality of the GCS to the MQ-25 fleet integration team, giving them the opportunity to assess design constraints driven by shipboard installation and capture feedback on human system interfaces.

“This was the first opportunity to have the MD-5C prototype control station installed in the UAWC,” said Cmdr. Karl Orthner, UCA mission control station installation lead.  “It gave the chance for leadership, test pilots, and future air vehicle operators to experience the look and feel for how the MQ-25 will operate onboard a carrier as well as inform the program office on items to consider for future UAWC layout development.”

Once underway, the MQ-25 test asset, known as T1, completed a series of test points that evaluated the functionality and capabilities of the deck handling system during both day and nighttime operations. Maneuvers included taxiing and parking on the flight deck, connecting to the catapult and clearing the landing area. Data was collected related to deck motion and wind over deck impacts to controllability and the propulsion system.

“Early testing allowed our team the opportunity to evaluate many new systems for the first time at sea with T1,” said Reed. “Our initial look at taxi operations on the flight deck successfully demonstrated the MQ-25’s ability to maneuver just like a manned aircraft in the shipboard environment.”

When operational, the director and deck operators will be able to taxi the MQ-25 on the carrier flight deck to the catapult launch position and to a parking location after landing.  The MQ-25 will be controlled while airborne from the UAWC where the air vehicle operator executes a pre-planned mission.

The MQ-25 will be the world’s first operational, carrier-based unmanned aircraft and is integral to the future carrier air wing (CVW). It will provide an aerial refueling capability that extends the range, operational capability and lethality of the CVW and carrier strike group (CSG). 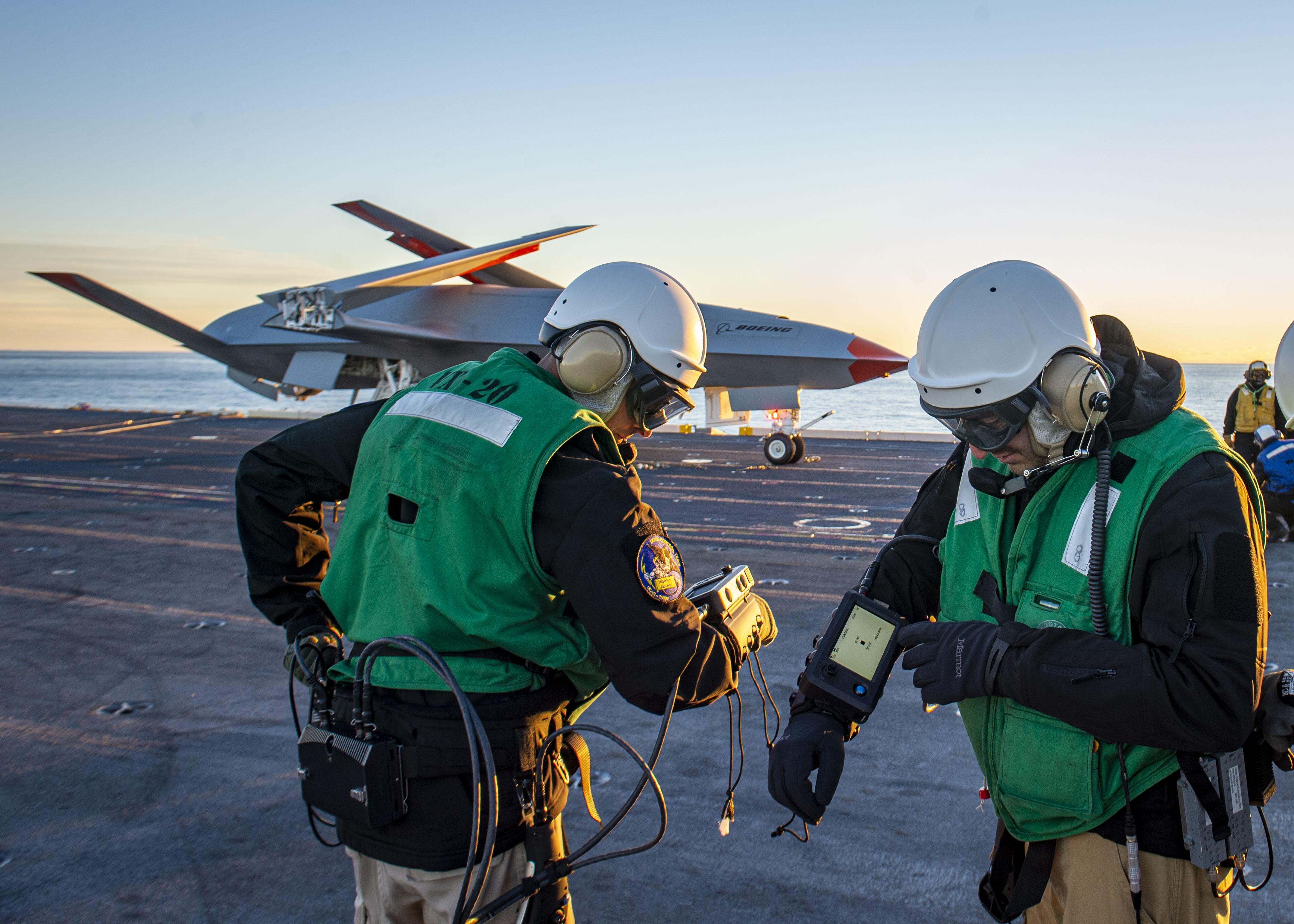