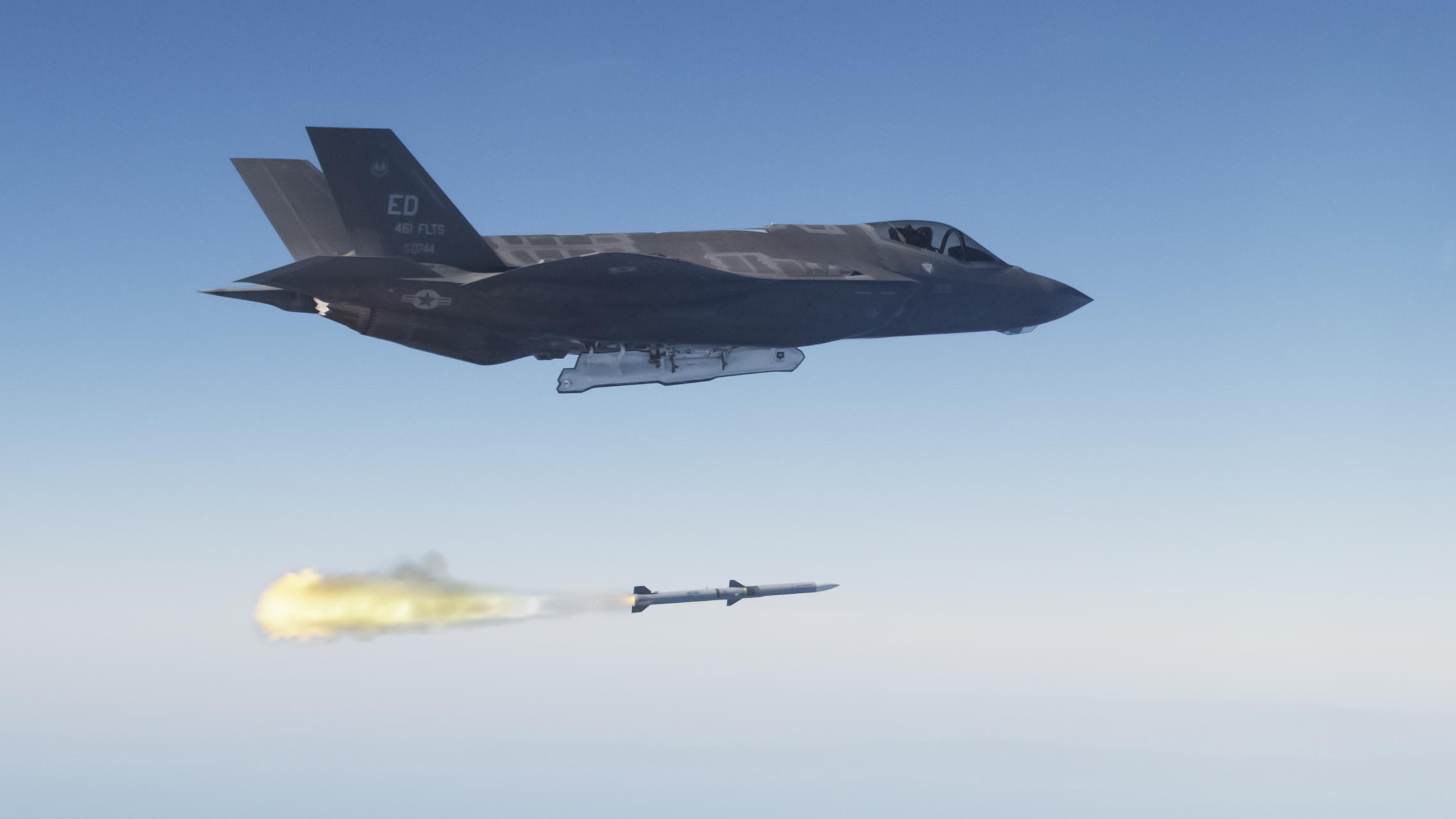 The Air Intercept Missile (AIM)-120 AMRAAM is follow-on to the AIM-7 Sparrow missile series. The missile can be launched in all weather, day or night. It is faster, smaller and lighter than AIM-7 and has improved capabilities against low-altitude targets. It incorporates active radar with an inertial reference unit and micro-computer system, which makes the missile less dependent upon the fire-control system of the aircraft. Once the missile closes on a target, its active radar guides it to intercept. This enables the pilot to aim and fire several missiles simultaneously at multiple targets. The pilot may then perform evasive maneuvers while the missiles guide themselves to their targets.

In long-range engagements AMRAAM heads for the target using inertial guidance and receives updated target information via data link from the launch aircraft. It transitions to a self-guiding terminal mode when the target is within range of its own monopulse radar set. The AIM-120 also has a "home-on-jam" guidance mode to counter electronic jamming. Upon intercept an active-radar proximity fuze detonates the warhead to destroy the target. At closer ranges AMRAAM is able to guide itself using its own radar, freeing the launch aircraft to engage other targets.