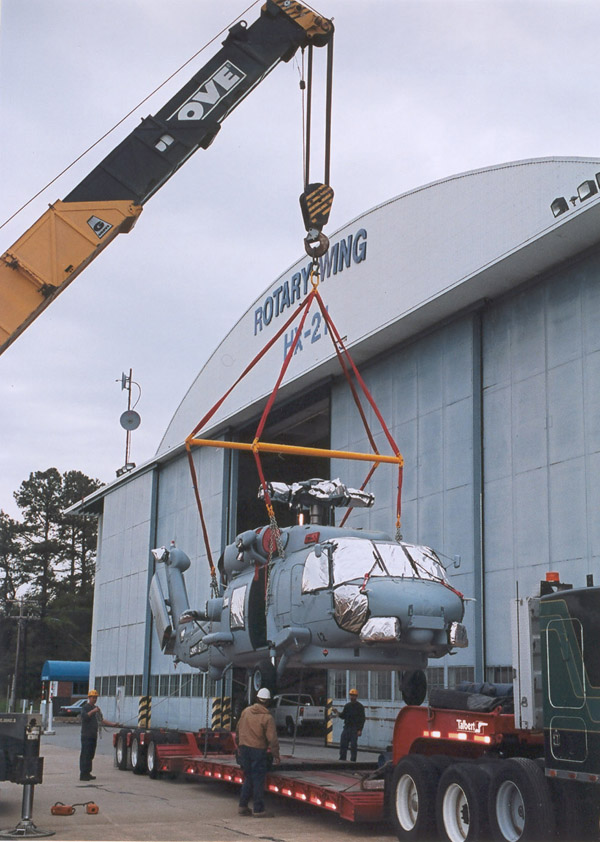 Spain is the only foreign military sales customer for the SH-60B LAMPS MKIII Weapons System and first purchased six SH-60Bs in 1990 from the U.S. Navy. In 1998, Spain ordered six more SH-60B helicopters; this time armed with the Hellfire missile, and signed the letter of agreement in December of that year. The procurement for the six new armed SH-60Bs and initial upgrades for the original six to the armed variants, was valued at $219 million.

This latest procurement has provided the U.S. Navy the opportunity to build new MH-60R helicopters for the fleet in lieu of remanufacturing older SH-60B and SH-60F aircraft providing the warfighter with a more reliable and capable platform.

NAVAIR delivered five of those six helicopters to Spain in October 2002. The sixth aircraft remained to test a new acoustic processor in the aircraft. Spain also asked the U.S. Navy to upgrade the six helicopters they bought in 1990 so they would be the same configuration as the new aircraft with the Armed Helo System. That upgrade effort started in January 2003 and should finish in 2004.

“The SH-60B had been out of production for six years and our focus in PMA-299 now is on the Romeo and Sierra,” said Brian Stecher, Engineering Technical Support contractor. “This was a good sale for both the U.S. and Spanish navies. We are providing them with quality products and the Spanish helped us maintain aircraft production at Sikorsky and Lockheed Martin.”

NAVAIR provides advanced warfare technology through the efforts of a seamless, integrated, worldwide network of aviation technology experts. From aircraft and weapons development to carrier launch and recovery; from sensors to real-time communications to precision targeting; from aircraft and weapons sustainment to state-of-the-art training; NAVAIR provides dominant combat effects and matchless capabilities to the American warfighter.

An SH-60B Seahawk is readied for shipment from NAVAIR Patuxent River to Baltimore where it catches a ship and is delivered to the Spanish navy.
Photo by Roger LeJeune