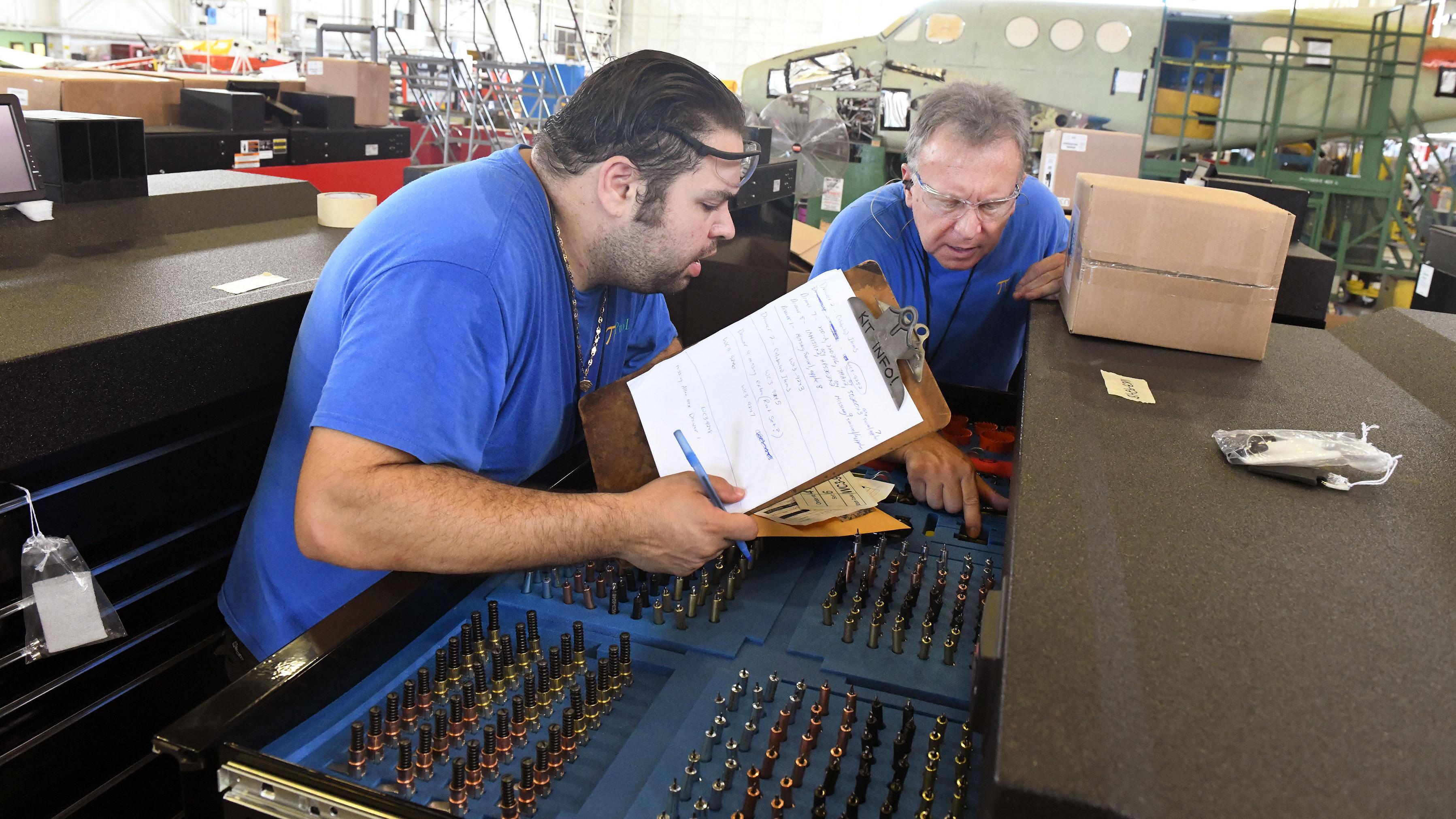 This is not the first shipment to make it to FRCSE’s trainer production line hangar, which is home to aircraft like the T-44 and T-6. In fact, the pilot shipment, supporting mechanics that work on the T-6 aircraft, has been curtailing issues regarding inventory control and accountability for more than seven months.

“The idea of the automatic tool box was that we wanted to reduce the amount of time it took an artisan to actually account for the tools,” said George Smith, FRCSE’s Optimized Production System Competency Lead. “Prior to receiving these [tool boxes], at the beginning of their shift, they had to open all the drawers and visually look at each tool.”

The Snap-on tool box is a heavyweight in efficiency and streamlining. Four to five artisans are assigned to a single box, each using their badge to check-in and check-out equipment. When every tool is accounted for, a green light is displayed on the monitor that sits atop the box. If an item is missing, a red indicator light kicks on, showing those responsible for inventory control that an item is missing. Not only do the lights display on top of the box, but supervisors will get notifications to their computers too.

“To make sure we satisfied all of their requirements, each artisan was asked to build their ideal tool box,” said Bill Weaver, Production Support Supervisor. “It was important for us to take the advice from the experts on the floor.”

After workers identified their desired gear, the team took those ideas and customized boxes that would fulfill the need of the individual worker while also accommodating multiple mechanics working from the same box at once.

“We used to have one artisan per box,” he continued. “Now, we’ve reduced the footprint so four to five can work out of one. Hangar 101W is almost all automated, and tool boxes like these will eventually be introduced throughout all the FRC depots.”

According to Weaver and Smith, more innovation lingers on the horizon. Automated lockers will join the Snap-on lineup, and these intuitive products are anticipated to deliver widespread cost savings.

As workers gear up for Snap-on integration with the required training, the new additions await calibration, a process that will take another few weeks. Until then, these rubies will entice any worker entering hangar 101W.