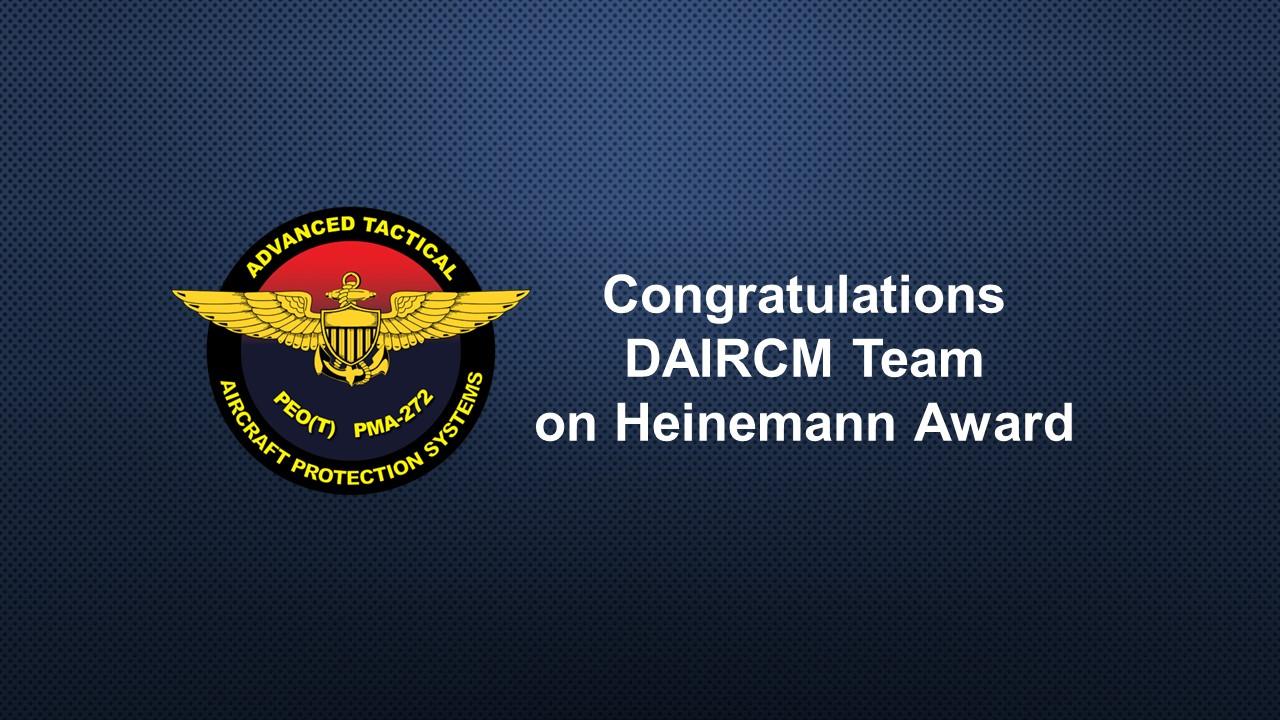 PMA-272’s AN/AAQ-45 Distributed Aperture Infrared Countermeasure (DAIRCM) team was virtually presented with the award for outstanding achievement, commending their accomplishments made throughout 2020.

“I could not be more proud of the DAIRCM team and their focus on supporting the Department of the Navy and all of our partner services and agencies that utilize the DAIRCM JUONS [joint urgent operational needs statement] system to protect their aircraft at home and in harm’s way,” said Marine Corps Col. Tamara Campbell, PMA-272 program manager.  “Their hard work has enabled warfighter success with the ability to operate freely in and control contested battle space.”

The Heinemann Award award, sponsored by the Association of Naval Aviation, recognizes individuals or group of individuals within NAVAIR who achieved or helped achieve significant improvement in the design or modification of an aircraft or aircraft system.

AN/AAQ-45 DAIRCM is a protection measure used on small-to-medium aircraft.  The JUONS system was fielded first on the HH-60G with roughly 5,000 operational hours on wing on all in-service aircraft at time of receiving the Heinemann Award.

Following the test events, AN/AAQ-45 received operational test and evaluation accreditation and two fielding decisions, one by the Chief of Naval Operations N98 for the Navy’s MH-60S helicopter, and the other by the Deputy Commandant of the Marine Corps, Aviation for the Marine Corps’ UH-1Y and AH-1Z helicopters.

Additionally, the team awarded a $120 million engineering and manufacturing development contract to transition the JUONS to a program of record and field this capability on additional Department of Defense aircraft.