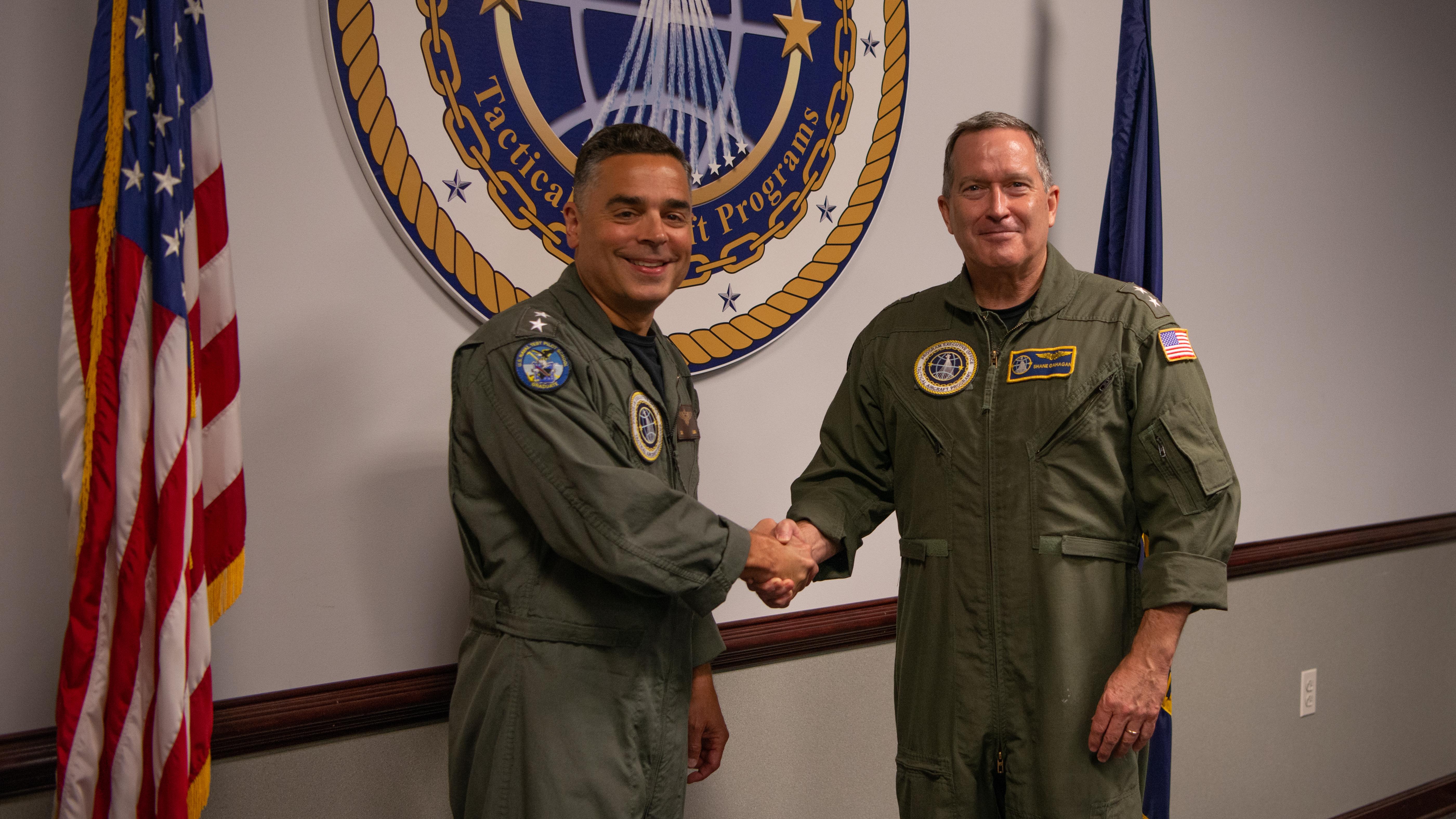 Gahagan welcomed Rear Adm. John Lemmon, who was most recently the Commander of Naval Air Warfare Center Aircraft Division, as his successor for PEO(T).

With Gahagan’s leadership, PEO(T) served as a mighty force for the fleet, reaching numerous milestones and achievements. These include getting the F/A-18 Super Hornet mission capable (MC) rate at and above 80% ahead of the Secretary of Defense’s deadline and sustaining the MC number across different platforms by standing up the Naval Sustainment System-Aviation (NSS-A), and streamlining acquisition processes to deliver the Advanced Helicopter Training System in record time.

During Gahagan’s tenure, PEO(T) delivered of over 4,700 AIM-9X missiles to the fleet, combat air forces, and foreign military partners totaling over 10,000 missiles fielded; declared initial operational capability for the Joint Precision Approach and Landing System onboard aircraft carriers a year ahead of the planned threshold; reached full operational capability for MIDS JTRS V5 (CMN-4) with 50 operational squadrons and three training squadrons; and reached Milestone C for the Next Generation Jammer-Mid Band, leading to first flight of fleet representative pods in August.

PEO(T) also surpassed 10,000 launches/recoveries with the Electromagnetic Aircraft Launch System (EMALS) and Advanced Arresting Gear (AAG); fielded more than 20 E-2Ds to the fleet 10 days ahead of delivery schedule on average and delivered E-2D Delta System Software Configuration 3 (DSSC 3) and 3.1 mods to the fleet.

Recognizing this as the fifth assignment where Lemmon and Gahagan have had tours that aligned, Gahagan said, “I can’t think of a better naval officer to take over PEO(T). Every time he has come in, he has made the organization better. That’s what it’s all about.”

“Admiral Gahagan has a long, storied career at NAVAIR in support of Naval Aviation,” said Vice Adm. Carl Chebi, NAVAIR Commander. “The leadership that you’ve presented, the people you’ve trained including myself, Rear Adm. Lemmon, all of us, this is your legacy. This is what you’ll be known for.”

“If you expect that of people and you empower them and you do servant leadership, you get the great success of Naval Aviation today,” he said. “It’s all about the people.”

Gahagan also lauded current leadership for their collaboration and willingness to work together to get things done.

“If you look around and think about it from the acquisition side, the collaboration and the ability to break down barriers, the communications between the leadership at NAVAIR and all the people we have at [all the sites], I can’t think of a time when a group of leaders were as collaborative as they are now and understand the north star and what it takes to get the job done,” Gahagan said.

“The stars have aligned and the timing is right," he added. "Make it count because we’re counting on you.”