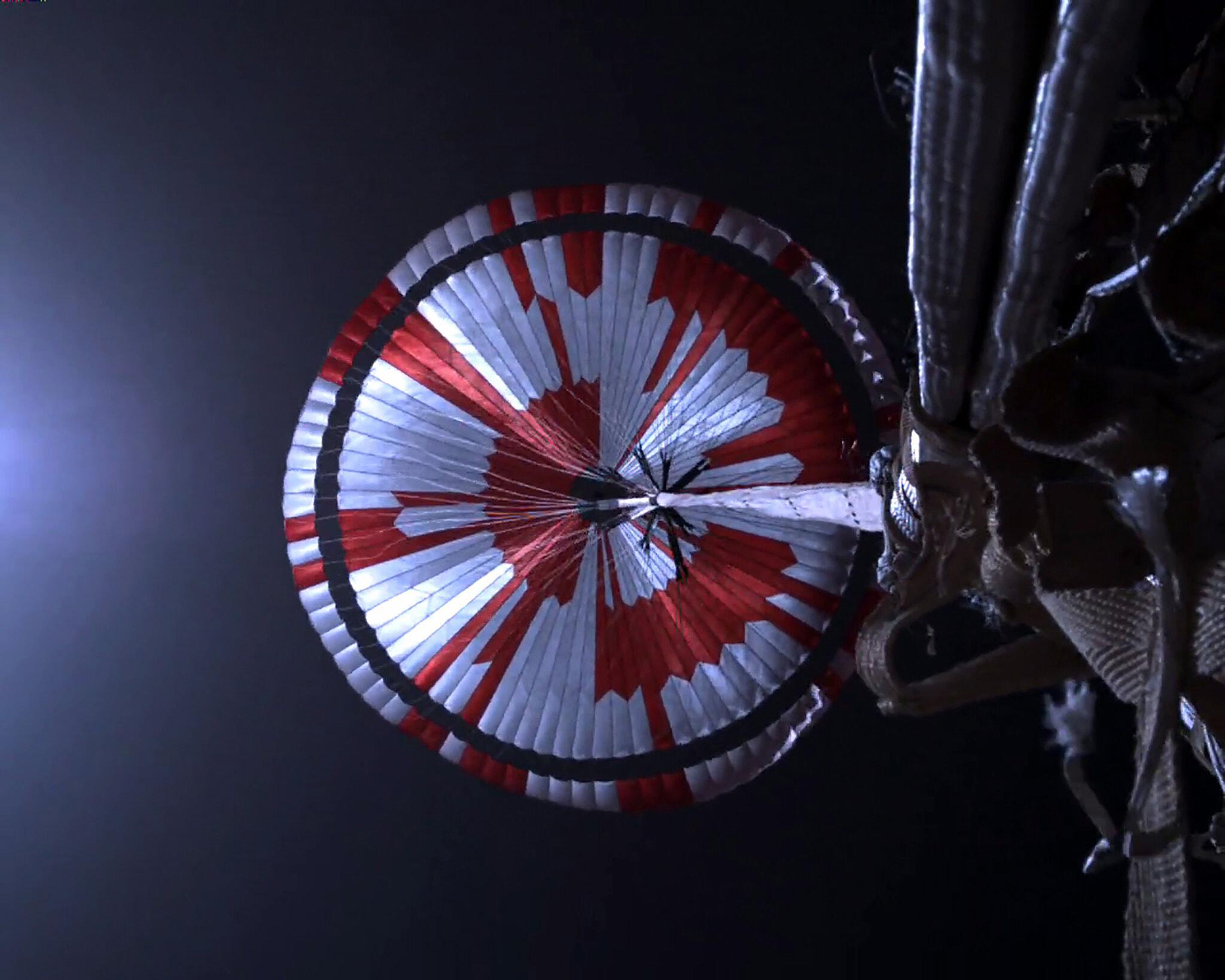 On Feb. 18, NASA landed their latest rover, Perseverance, on the surface of the Mars. The landing, filmed in its entirety for the first time, had everyone holding their breath at NASA’s Jet Propulsion Laboratory as they waited to learn whether the rover – a product of decades of work by hundreds if not thousands of people – would touch down safely after its 300 million mile trip.

“I was so ecstatic to see it land!” Petersen said. “NAWCWD has a long history of supporting JPL testing. Each one has been an amazing experience.”

In 2012, NASA and the Jet Propulsion Laboratory began a program to demonstrate new Entry, Descent, and Landing capabilities, with the goal of being able to land heavier rovers more accurately and from higher altitude locations on Mars. Two major efforts were the Supersonic Inflatable Aerodynamics Decelerator (SIAD) and Parachute Design Verification (PDV) tests. JPL selected the Supersonic Naval Ordnance Research Tracks and the crew systems group to conduct the tests. Of the two, the parachute made its way onto Perseverance.

Of course, Petersen and Aguilar were two members of a broad, cross-functional NAWCWD team that supported JPL’s testing efforts at China Lake. SNORT, Ranges, the Egress, Deceleration & Parachute Branch, test engineers, safety personnel, and members of Air Test and Evaluation Squadron (VX) 31, just to name a few, poured their time – and expertise – into the program.

“As I sat in my family room watching the JPL coverage of Perseverance landing, a kaleidoscope of faces and memories flashed across my mind’s eye,” Aguilar said. “I could see myself in late 2012 reviewing JPL’s PowerPoint concept for Mars 2020 PDV test set-up for the first time and saying aloud, ‘What the heck’ in maybe more colorful language.”

After some discussions, brainstorming, redesigns and red-tape cutting, the PDV tests ultimately consisted of seven sled runs between FY13 and FY15, using the longest, heaviest sled ever used at SNORT. (The SIAD sled also broke records, measuring 35 feet, making it the world’s tallest rocket sled). For the PDV tests, a helicopter from VX-31 lifted the parachute up 4,000 feet, connected by a towrope and through a pulley to the rocket sled. When fired, the rocket sled produced 90,000 pounds of pull-down force, mimicking the stress the parachute would experience on the red planet.

“Watching Rob Manning and the JPL test manager enter Entry, Descent and Landing phase, I had to reflect on our small but critical aspect of the mission,” Aguilar said. “The thousands of hours of planning and detail, of fabricating the test tripod and rocket sleds and the design I put into the parachute release mechanism. Our collaboration, arguments, emotions and humanity went to successfully execute PDV testing. Then realize the scope of all the other teams that contributed to actually landing Perseverance on Mars; it is inspiring what humans can do with a common goal and aspiration.”

Petersen, who says his wife’s students cheered watching the landing, is excited to see what’s next for Perseverance.

“After a rough year, it’s wonderful to have a common source of inspiration,” he said. There is so much more to learn, and the mission has just started!”

Visit NASA’s YouTube channel for footage of the landing, including the parachute deployment. https://www.youtube.com/watch?v=4czjS9h4Fpg

You can learn more about the Perseverance’s mission at https://mars.nasa.gov/mars2020/ 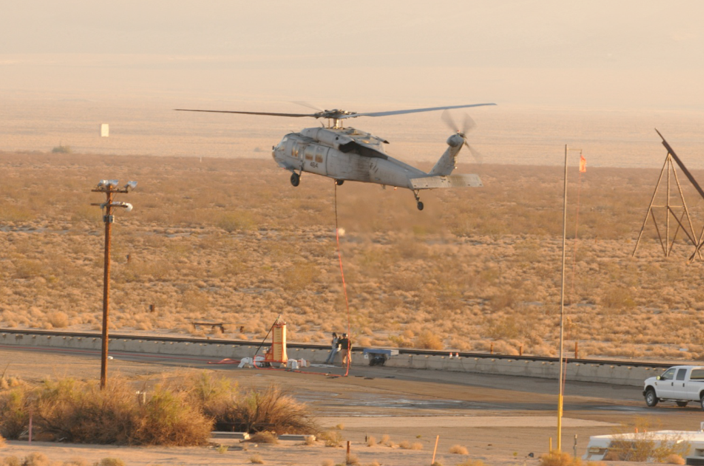 A helicopter from Air Test and Evaluation Squadron (VX) 31 lifts off with a test parachute in tow, part of early parachute design verification testing conducted by NASA/JPL at China Lake. (U.S. Navy photo) 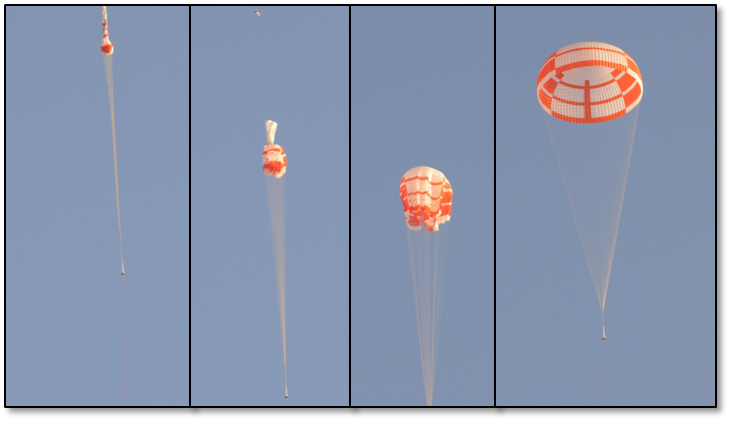