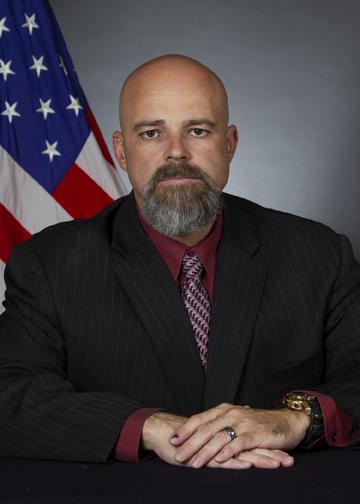 Johnson named NAVAIR Mentor of the Year for China Lake

When asked why he takes the time to mentor, John Johnson said, “How could you not?”, and that might be one reason he was named Naval Air Systems Command’s 2020 Mentor of the Year for China Lake.

Johnson, a Ridgecrest, California, native, holds bachelor’s and master’s degrees in Metallugical and Materials Engineering from the Colorado School of Mines. He first joined the federal workforce in 1989 as a summer hire at China Lake, a gig that led to a spot in a technical mentoring program shadowing engineers and later the junior professionals program. Johnson left for a year to explore work in private industry, but returned to China Lake just after 9/11.

Today, Johnson is the resource and operations officer for the Airborne Instrumentation Systems Department with Naval Air Warfare Center Weapons Division. His impact there prompted his nomination for Mentor of the Year.

“Mr. Johnson is a renaissance man and has created a mentorship and a leadership paradigm shift for our organization with huge impact,” wrote Leonard Meuse, Johnson’s supervisor and nominator. “I am unable to put into words the impact Mr. Johnson has had on our organization; our team – and NAWCWD – is better off by having him in it.”

Johnson’s mentoring goes beyond the technical, Meuse says, hitting on soft skills and career development with equal ease. Johnson’s mentees include technical and business teammates both in AISD and across the command.

Johnson also mentors outside of work and in his day-to-day relationships. He said that if you’re doing it right, you don’t have to try to do it at all.

“It’s like muscle memory, he said. “Mentoring is about people. It’s about sharing and embracing others’ viewpoints and knowledge, whether you’re the mentor or mentee. It’s all those little collisions, and you take something away from it. The philosophy is simple: do better each day.”

Mentors played a key role throughout Johnson’s life, starting with his father and grandfather and continuing through college professors, coworkers, and NAWCWD leaders like Dr. Jim Colvard and Burrell Hays. Hays, the command’s technical director at the time Johnson was first working as a summer hire, took the time to talk with the teenager.

“He sat down and took 15 minutes, just to talk, to invest in me,” Johnson said. “It’s that investment that’s so important. If it wasn’t for those who invested in me – and continue to do so – I would never have been effective in accomplishing anything.”