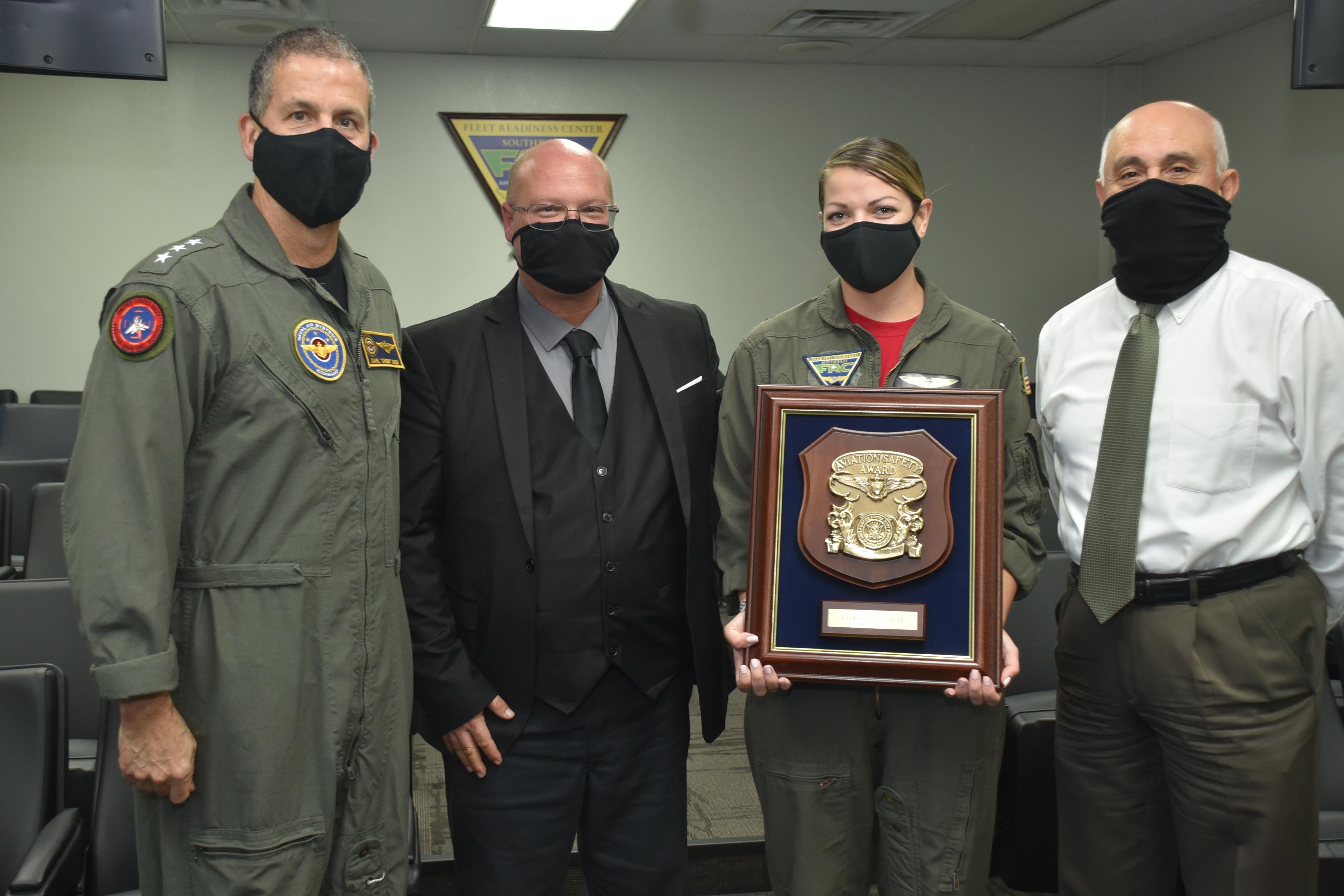 Aircraft that have undergone repairs or servicing are transported to the FRCSW flight test area where a staff of approximately 100 civilian artisans, contractors and military personnel put the planes through a series of tests to establish safety assurances and component reliability.

In addition to foreign object damage sweeps (looking for errant material like a sheet metal screw that may prove harmful to an aircraft or its components), other safety issues addressed include a severe weather SOP, emergency spill procedures, and for F-18 aircrew, decompression sickness protocols.

Prior to an aircraft’s test flight, the pilot performs a variety of functional check flight procedures including a series of ground checks. Once airborne, the actual flight checks are performed.

A post-flight report details the condition of the aircraft and any unusual or hazardous occurrences experienced.

The reports are forwarded to the appropriate FRCSW managers and quality assurance departments to analyze and, if necessary, create recommendations through new checklists, training, or awareness programs. The reports also capture data for metric-based analysis on any repeat failures of an aircraft’s systems.

The data can be used to introduce cost savings or safety improvement measures.

“Measures are continually evaluated for effectiveness as requirements continue to evolve,” Gibson said. “FRCSW employees are another key safety measure, their embodiment of Semper Fortis (an unofficial Navy motto meaning always courageous) is showcased in their unwavering dedication and service to our Fleet’s needs.”