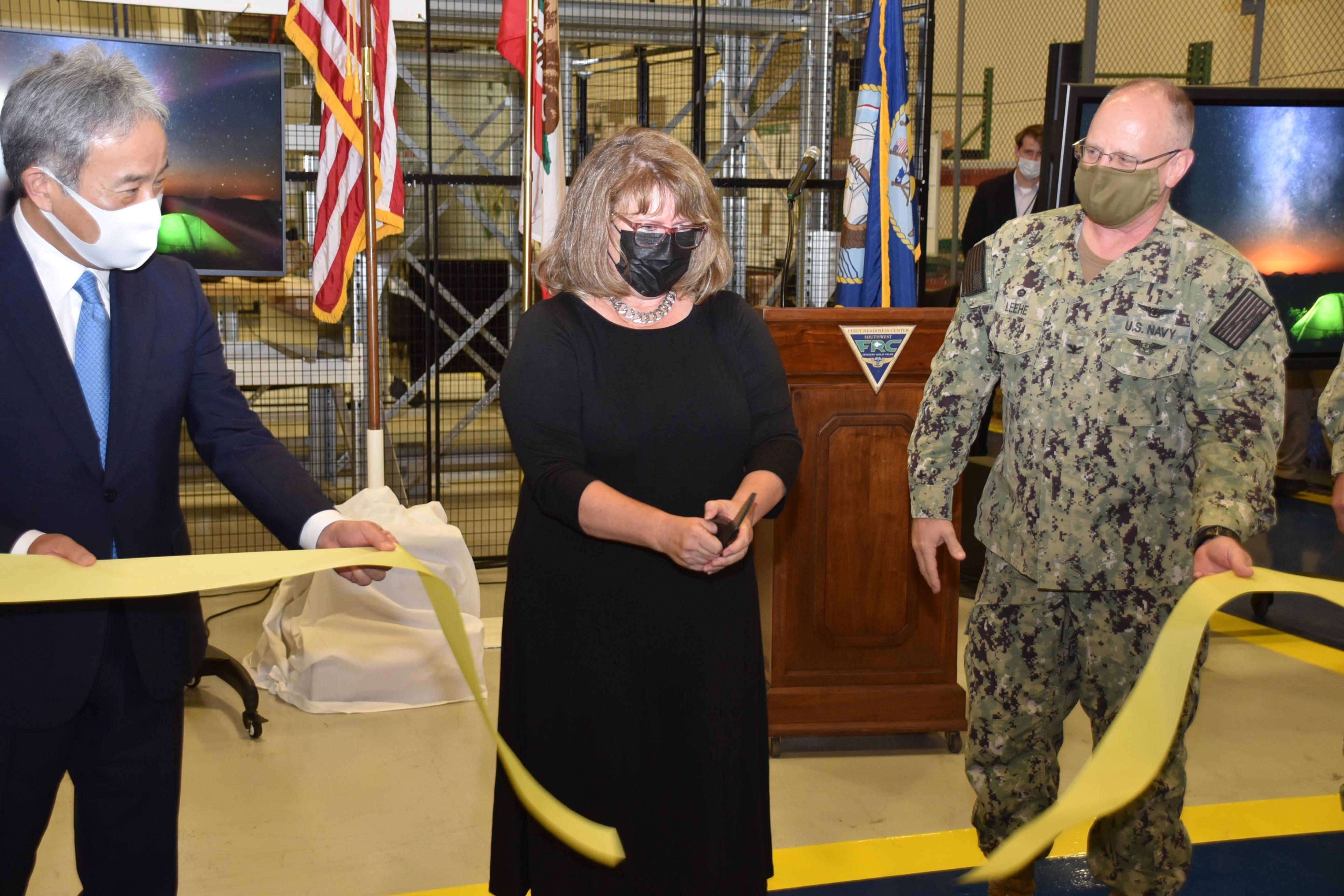 Draguicevich, FRCSW’s late New Technology Division Director, spent nine years within the command’s manufacturing program and was instrumental in the design and purchase of the FMC.

“Gabe possessed an almost insatiable curiosity and passion for learning that was contagious. He was always asking: What next, what could we learn next, how could we help next, what could we experience or do next? Because of these qualities, he embraced change and was rarely satisfied with the status quo. That’s probably why he was drawn to new technology throughout his career,” his wife Teresa said.

“This cell is the first of its kind in the Navy’s industrial base and really places us on a higher level of capability and capacity,” said FRCSW Commanding Officer Capt. Steven Leehe. “With this manufacturing cell, we have material pre-staged and `machine ready’ that can begin processing at the push of a button. This will enable us to move away from our outdated inventory processes by decreasing setup time up to 50 percent.”

The CNC machines are applicable to all naval assets serviced by the command and can be used on parts and components made of aluminum, steel and titanium. Draguicevich worked closely with the DMG Mori Corporation, manufacturer of the CNC machines, in developing the manufacturing cell.

Capt. Leehe addressed the president of DMG Mori, Dr. Masahiko Mori, who arrived from Japan to attend the ceremony.

“Truly, this day would not be possible without the great collaboration and cooperation we enjoyed with the DMG Mori team,” he said. “Dr. Mori, your team has been inspirational in demonstrating how a government and commercial collaboration can be fast, effective and efficient in fielding a complex technological system that literally has transformed our plant overnight.”

“Gabe's vision was to have FRCSW set the bar for landing gear and how we repair them,” Capt. Leehe said. “These machines have the capability of machining a single item with multiple angles and procedures in a single, executable transaction. Our current E-2D landing gear procedure, which normally requires 11 different setups to complete, will reduce our preparation to only one setup and reduce our turnaround time from over 80 hours to just four hours or less.”

Teresa Draguicevich said the goal of her husband’s work was to support those it would benefit – the Warfighter.

“When Gabe came to North Island he took great pride in knowing that he was applying his extensive expertise to ensure the safety of the men and women bravely serving this country. This wasn’t a catch phrase to him, he was deeply committed to doing his part,” she said.

“He believed a manufacturing cell like this one had the potential to `significantly and sustainably increase safety outcomes for those serving on the front lines.’ This was the ultimate source of his drive to see this project through.”