Fleet Readiness Center East Commanding Officer Capt. James M. Belmont and Coast Guard Aviation Logistics Center Commanding Officer Capt. Tad B. Wilson, along with several representatives of the compliance and quality teams from each facility, take part in a signing ceremony that formalized the collaboration between the two facilities. Leaders said working together to share information stands to benefit both facilities, which have similar missions and face similar challenges.

Representatives from FRCE traveled to Elizabeth City, North Carolina, in March to observe ALC’s Aerospace Standard (AS) 9110 Quality certification audit – a benchmark for excellence in the aviation maintenance, repair and overhaul industry – and the cooperation was recognized as a best practice by Intertek, the third-party auditing firm conducting the review. In return, FRCE hosted a compliance contingent from ALC to observe a portion of the depot’s third-party quality, environmental and safety standard certification audits in early July. During this visit, the commanding officers of the respective facilities took part in a signing ceremony to formalize the collaboration, which stands to benefit both depots, said FRCE Commanding Officer Capt. James M. Belmont.

“Fleet Readiness Center East and the Coast Guard Aviation Logistics Center have been working together for years toward a common goal – supporting our nation’s military aviators,” Belmont said. “The relationship has been fairly informal, but we’ve been able to rely on each other for advice, for solutions to complex issues, and for collaborative answers to challenges that we’re both facing. We’re in the same line of work, and it only makes sense that we join forces to share lessons learned and best practices that can improve operations at both our facilities. The formalization of this relationship can only lead to good things to come.”

“The Coast Guard Aviation Logistics Center appreciates FRCE’s support over the years and we look forward to formalizing and expanding our partnership,” Wilson said. “AS9110, along with our other certifications, has enhanced our organization and improved quality in our product.  Collaborating with FRCE on ISO and continuous process improvement programs will make both organizations more resilient and efficient.”

During the ALC audit, FRCE representatives spent a week in the boardroom with ALC and toured with the auditors, shadowing the audit process to observe from an outside perspective and benchmark best practices at ALC. As part of that process, the FRCE team was also able to share information and lessons learned from the depot’s 2021 AS9110 surveillance audit. Following that assessment, FRCE became the first aviation depot within Commander, Fleet Readiness Centers (COMFRC) to pass an AS9110 audit with no findings.

“We were able to share our processes and similar corrective actions with the ALC personnel in real-time – we sat with their team and shared things real-time during the audit,” said David Spencer, director of FRCE’s Standards Division within the Compliance and Quality Department. “We also spent time with the auditors during their evaluation of ALC’s core processes and were able to pass best practices back to our team here at FRC East to explore possible process improvement internal to our command.

“Intertek wound up noting this collaboration as a best practice that they had not previously seen in their experience as auditors and wrote that response up formally in the ALC audit report,” Spencer continued. “The auditors were amazed at this approach and said it represents a missed opportunity by many organizations for some free education on certification requirements and audit approach methodologies, and commended both the ALC and FRC East commands for supporting this nontraditional method. Their feedback was that we should continue to expand this approach.”

Meredith Ellis, Process Management team lead and Quality Management representative at ALC, said the feedback from FRCE provided a third-party perspective from a familiar viewpoint, as both facilities focus on similar missions.

“FRC East openly shared processes and how they have approached findings similar to the minor non-conformities that came up during ALC’s audit,” she explained. “Both teams were able to compare each organization’s business management system, core processes and programs, which allowed both groups to discuss and share best practices from a business management system and standards standpoint.”

During the FRCE certification audit – which covered AS9110 as well as the ISO 45001 Occupational Health and Safety Standard and ISO 14001 Environmental Management Standard – the ALC team made the trip down to Marine Corps Air Station Cherry Point to observe a portion of the audit process. This mutual give-and-take appears to be a foundation of an enduring and beneficial alliance, Ellis said.

“We are grateful for the interest and support of both FRC East and our own command,” she added. “This looks to be the start of a lasting relationship between the two commands that can only result in the continuous improvement of both.”

Spencer said FRCE is looking to expand this collaborative concept to other facilities within COMFRC, as well.

“After sharing the feedback on this experience across our enterprise, we plan to expand on this approach with our sister depots,” Spencer explained. “Leaders in the COMFRC Quality Assurance Group spoke highly of the idea and we are now planning to begin cross-site auditing and Continuous Process Improvement collaboration. There’s no need to reinvent the wheel if someone already has a better process.

“We also believe that having a fresh set of eyes review processes helps point out things you see every day that are hiding in plain sight,” he continued. “Understanding how other teams deal with similar concerns and improvements helps to quickly broaden our perspective while building on our professional network of talented people who may already have solution sets. This has helped us quickly overcome issues internally in some instances while providing the ALC the same in return.”

Spencer said the idea for audit collaboration came about when he was enrolled in Aviation Industrial Readiness Program (AIR-P), an executive development program that provides business management skills to leaders of the nation’s depot, arsenal and ammunition facilities through the nonprofit Institute for Defense and Business in Raleigh. The group took a tour of ALC while headed up to FRC Mid-Atlantic, located on board Naval Air Station Oceana, Virginia.

“The first thing I noticed when our bus pulled up to the facility was the giant banner they had hanging out front with their certifications on it, and they were the same as ours; I was immediately intrigued,” Spencer said. “We were given a command overview brief by their executive director, which afforded me the opportunity to ask a few questions about their internal and external audit processes while providing me the window needed to make contact with Meredith, my counterpart there. We immediately began exchanging ideas and different processes, and I quickly discovered they had a coming certification audit. We were then invited by their command to attend.

“The ALC command was gracious enough to host us for the week, giving us full access to the facility, while our command was willing and eager to afford us the opportunity to go,” he continued. “We were able to establish relationships that we have continued to foster since our visit, bouncing ideas and sharing processes between the commands with both leveraging best practices. Our team collaboration has broadened our perspectives on both sides, and this approach has proven to be a long term win for both commands.”

ALC Management and Program Analyst Angela Benton said the facility’s leadership is enthusiastic about the prospects the collaboration presents.

“Partnering with FRC East, we believe, is going to be a huge asset to ALC and we hope to provide support and bring as much value to the table as they have thus far,” she said. “We are excited to see what the future holds with this partnership.” 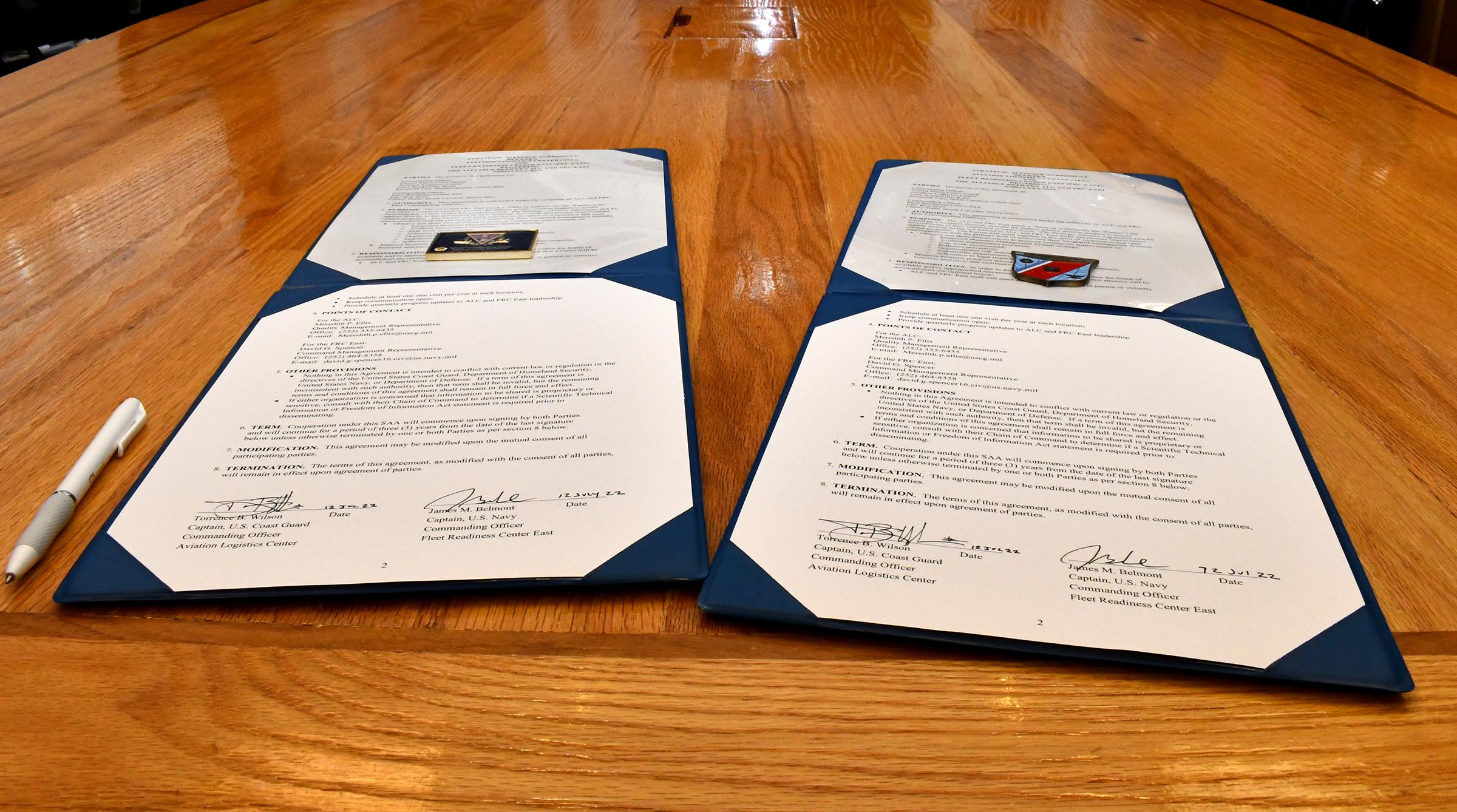 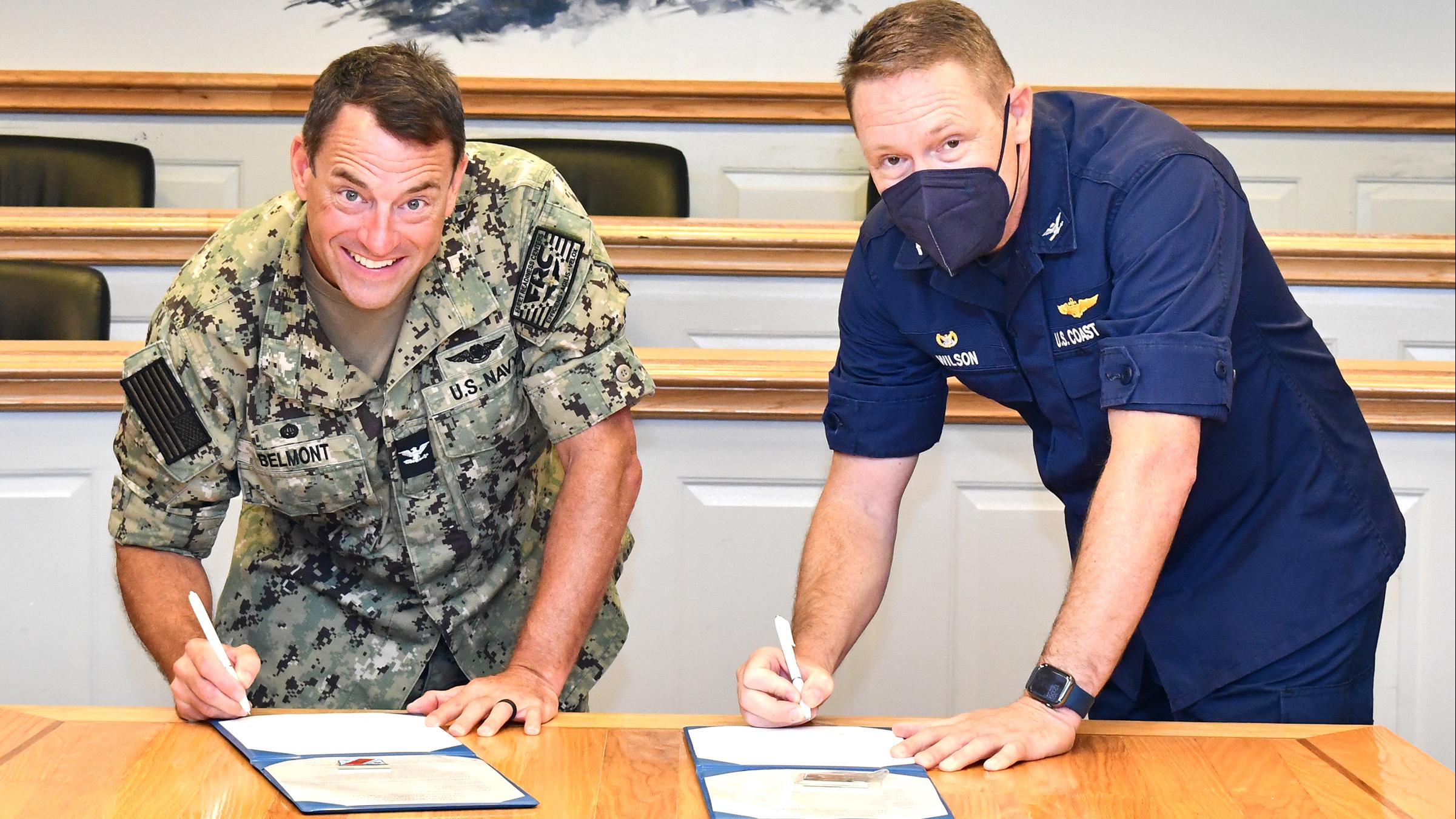