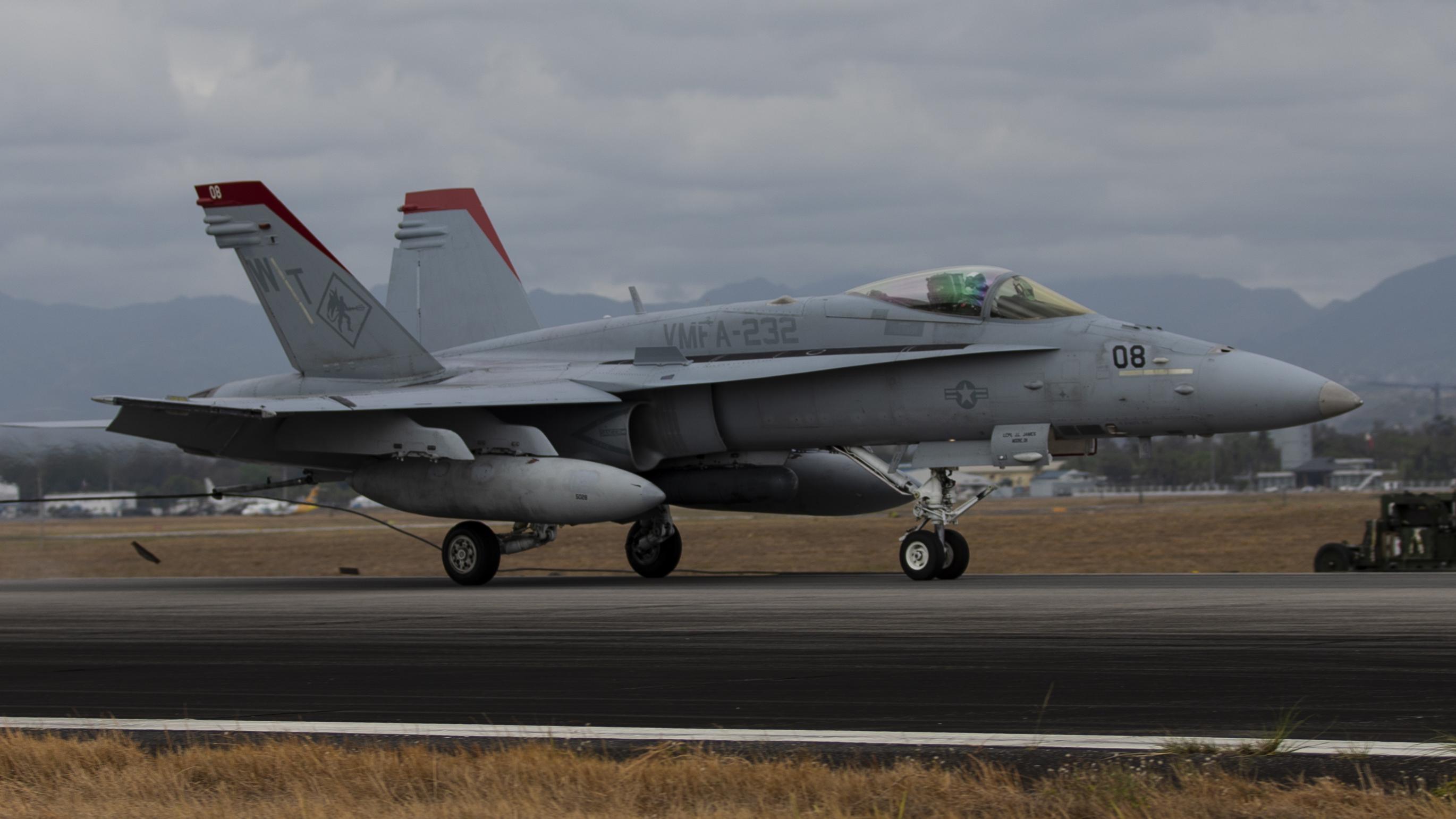 Since September 2019, EAF engineers have been testing commercially available equipment for a program called the LED Airfield Upgrade. December’s events of evaluating new equipment and procedures, and training the Marines at both locations marked the completion of planned testing.

The ALRE EAF team brought new training capability to Bogue Field that will be used by Marines for years to come, said Robert Pellegrino, a NAVAIR Test Engineer for EAF Lighting who worked on both projects.

“The Marines can now work Bogue Field into more of their training,” said Pellegrino. “It's a huge deal because it gives the field a lot more ops, and it means the new lighting will get evaluated with aircraft usage. “

ODALS and PAPI, which are typically installed at longer airfields, provide aviators at Bogue Field additional capability in reduced visibility weather, while the battery-powered lights provide flexibility in their presentation and use.

Aviators can change the light patterns, as well as their output. All three systems are night vision goggle (NVG) compatible, and the airfield lights and the PAPI have true covert modes, helping pilots keep a low profile.

The EAF team evaluated a new lighting configuration called AMP-3 in a late addition to the test plan along with the previously planned DSO/AMP-1.

The AMP-3 Configuration allows the Marines to practice these landings at Bogue Field rather than traveling to airfields in other states, saving valuable training time for the KC-130 crews.

Pellegrino said the team was excited to bring the Marines a lighting capability they didn’t realize they could have at Bogue Field without bringing in additional equipment.

At the Airfield and EAF ALRE School in Pensacola, teams from ALRE performed testing and maintenance on systems including expeditionary arresting gear, airfield terminal guidance systems, and airfield lighting and marking systems.

Marines attending training at the schoolhouse learn how to build self-sustaining airfields for use in expeditionary operating environments.

As part of a larger project to update Marine airfields with LED airfield lights, ALRE engineers and representatives from contractor Hughey & Phillips worked with the schoolhouse to evaluate a new Runway Light System (RLS), including a flush-deck, mounted light that can be used near M31 Arresting Gear. The new minimum-profile light, which is mounted along the edge of expeditionary runways, allows arresting gear components to pass over the lights without damage.

The ALRE team and the Marines in Pensacola also took the opportunity to have some fun with testing. They challenged the Marines to intentionally hit the light with the arresting gear, as well as run it over with a forklift to see what kind of damage might ensue.

“The lights are designed to be run over by a 747,” said Pellegrino. “That's good; it requires the weight of a 45,000-pound nose gear on it. We didn't have 45,000 pounds, but we did have a 17,000-pound forklift. At the request of the contractor, we evaluated it at the available weight for risk mitigation.”

Pellegrino said his team gathered data and found the flush-deck mounted light performed very well with the M31 Arresting Gear, so they advised contractors to stay the course in development.

Pellegrino also said he and the EAF engineering team are grateful for the Marines’ cooperation in Florida and North Carolina, as their input and support help ALRE develop products that  better serve the Marines’ long-term needs.

Pellegrino said the opportunity to work closely with the Marines and developing lasting professional relationships as the most rewarding part of this experience.

“These are Marines who do not usually support test operations, and I go out there to teach them and ask them to install something that's never been installed before,” said Pellegrino. “It's given me the opportunity to get to know them and work better together. We get to create and foster a relationship. Now, if they have a question, they can just call me.” 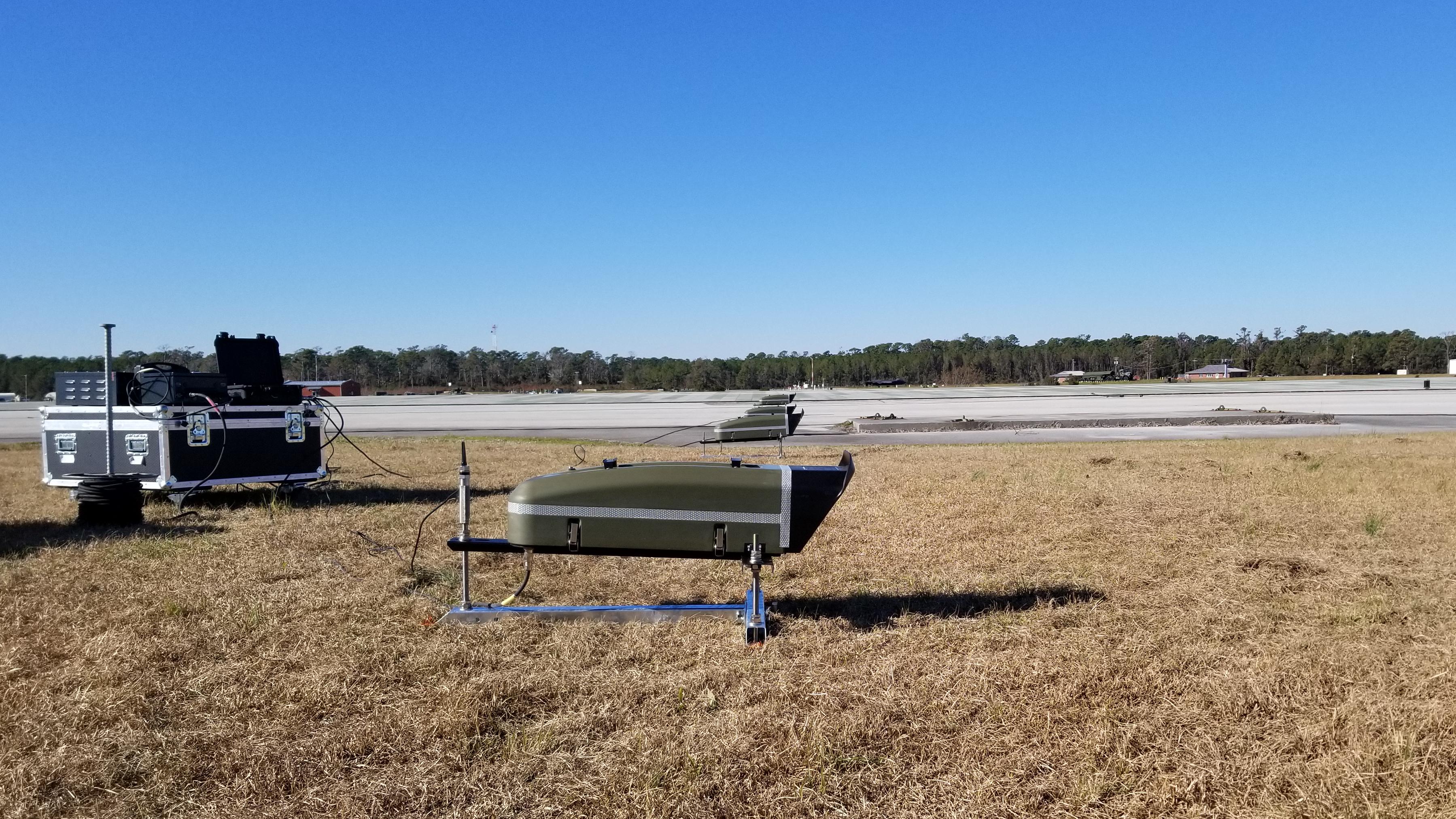