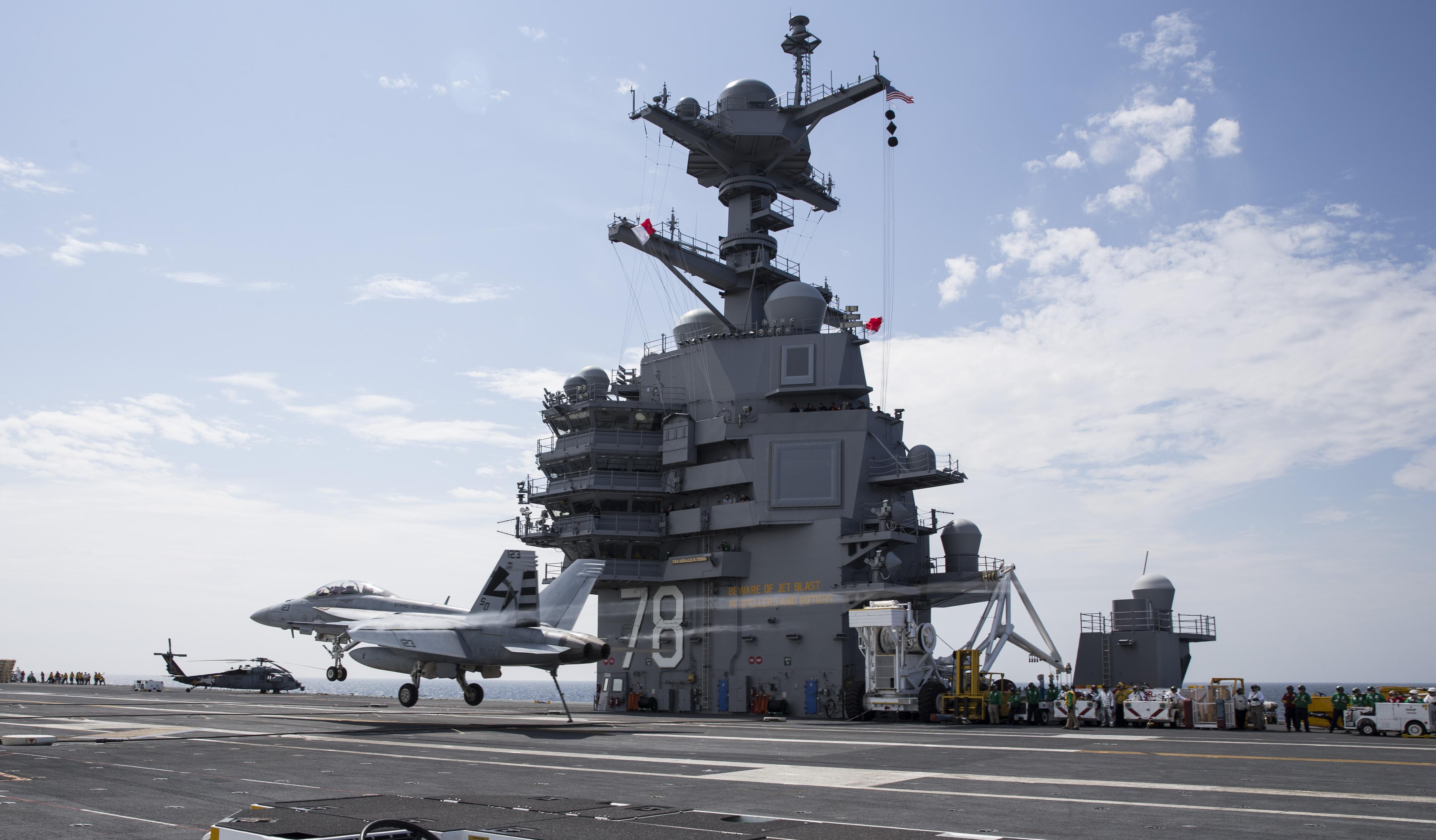 AAG ready for props and jets

“The entire team did a tremendous job accelerating the schedule and working through challenges,” said Capt. Ken Sterbenz, program manager for the Aircraft Launch and Recovery Equipment program office (PMA-251). “This achievement is another significant step toward ensuring the system can support the ship’s full air wing.”

ARBs are official Navy instructional documents identifying the weights and engaging speeds authorized for shipboard arrestments of specific aircraft, along with other pertinent information.

The team, in collaboration with prime contractor General Atomics, continues to execute the requisite System Development and Demonstration testing at the land-based test sites located at Joint Base McGuire-Dix-Lakehurst, New Jersey.

Mclean added, comprehensive testing of new systems like AAG is critical, and not only ensures the technology meets Navy requirements, but also ensures it is operationally safe for use in the fleet.

“The pace of system testing was consistently demanding and required numerous team members to perform their duties in difficult conditions and in all types of weather in order to meet critical program milestones leading up to these ARB releases,” said Mclean.

USS Gerald R. Ford (CVN 78) is the lead ship in the Ford-class of aircraft carrier, the Navy’s first new class of aircraft carriers in more than 40 years. The AAG system is designed to arrest a greater range of aircraft, reduce the fatigue impact load to the aircraft, and provide higher safety margins while reducing manpower and maintenance. AAG is one of more than 20 new systems incorporated into the Gerald R. Ford class design, giving it the warfighting capability essential for air dominance in the 21st century, including the flexibility and resilience to rapidly adapt to emerging threats, and the cost-effectiveness to support overall Navy shipbuilding priorities.