PMA-201 is organized into nine program areas. These teams consist of a multi-disciplinary group of government and contractor personnel who are collectively responsible for the total life-cycle management of the DoN's precision strike weapons capabilities. It has the largest NAVAIR Foreign Military Sales portfolio with 39 coalition partners. 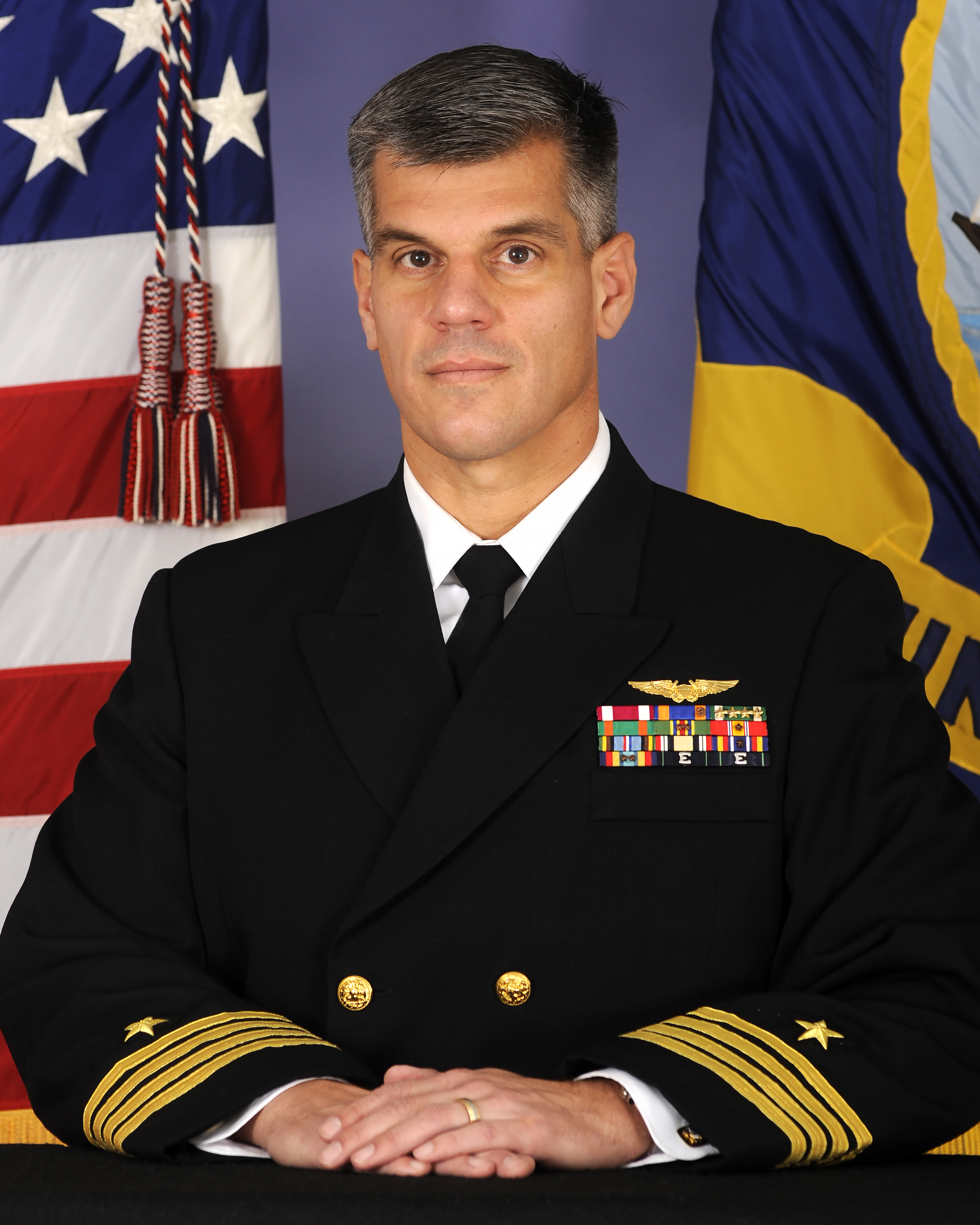 Gensley graduated from the U.S. Naval Academy with a bachelor’s degree in aeronautical engineering and was then selected for the naval flight officer program at Naval Air Station Pensacola, Florida. After earning his “Wings of Gold” as a naval flight officer in February 1998, he transferred to Strike Fighter Squadron (VF) 101 for fleet replacement training and was designated an F-14 radar intercept officer in May 1999.

His first fleet tour was with the “Pukin’ Dogs” of VF-143 where he served as the aviation electronics branch officer and air-to-ground weapons tactics officer. During his tour, Gensley deployed aboard the USS Eisenhower (CVN-69) and USS John F. Kennedy (CV-67) in support of Operations Southern Watch and Enduring Freedom.

Captain Gensley transferred to the “Grim Reapers” of VF-101 in January 2003 as a fleet replacement squadron instructor where he served as the avionics division officer and familiarization phase head. In 2004, he was selected to attend the U.S. Navy Test Pilot School in Patuxent River, Maryland. After completing the program in 2005, he reported to Air Test and Evaluation Squadron (VX) 23 Strike Test Directorate as the F/A-18 project officer for the communication, navigation and identification test team.

During Gensley’s tenure at VX-23, he was selected for an individual augmentee assignment to support Naval Special Warfare units located in Baghdad and Falluja. Upon returning from Iraq, he completed his tour with VX-23 and earned a master’s degree from Johns Hopkins University in systems engineering. In July 2008, he reported to the “Black Aces” of VFA-41 as the safety department head and maintenance officer. After completing an extended deployment aboard the USS Nimitz (CVN-68) in support of U.S. Seventh Fleet Regional objectives and OEF, he reported to the VX-31 Dust Devils in 2010 as the weapons development test department head.

In 2013, Gensley served as an integrated product team lead for the F/A-18 and EA-18G program office. He subsequently served at the Direct and Time Sensitive Strike program office as deputy program manager for Anti-Radiation Missiles, overseeing the AARGM-ER, AARGM, and HARM programs. After this assignment, he joined the Program Executive Office of Unmanned Aviation and Strike Weapons (PEO(U&W)) as the deputy program executive officer for advanced technology and system of systems. His most recent position was military director for advanced capabilities, prototyping, and experimentation for the Naval Air Warfare Center Weapons Division (NAWCWD).