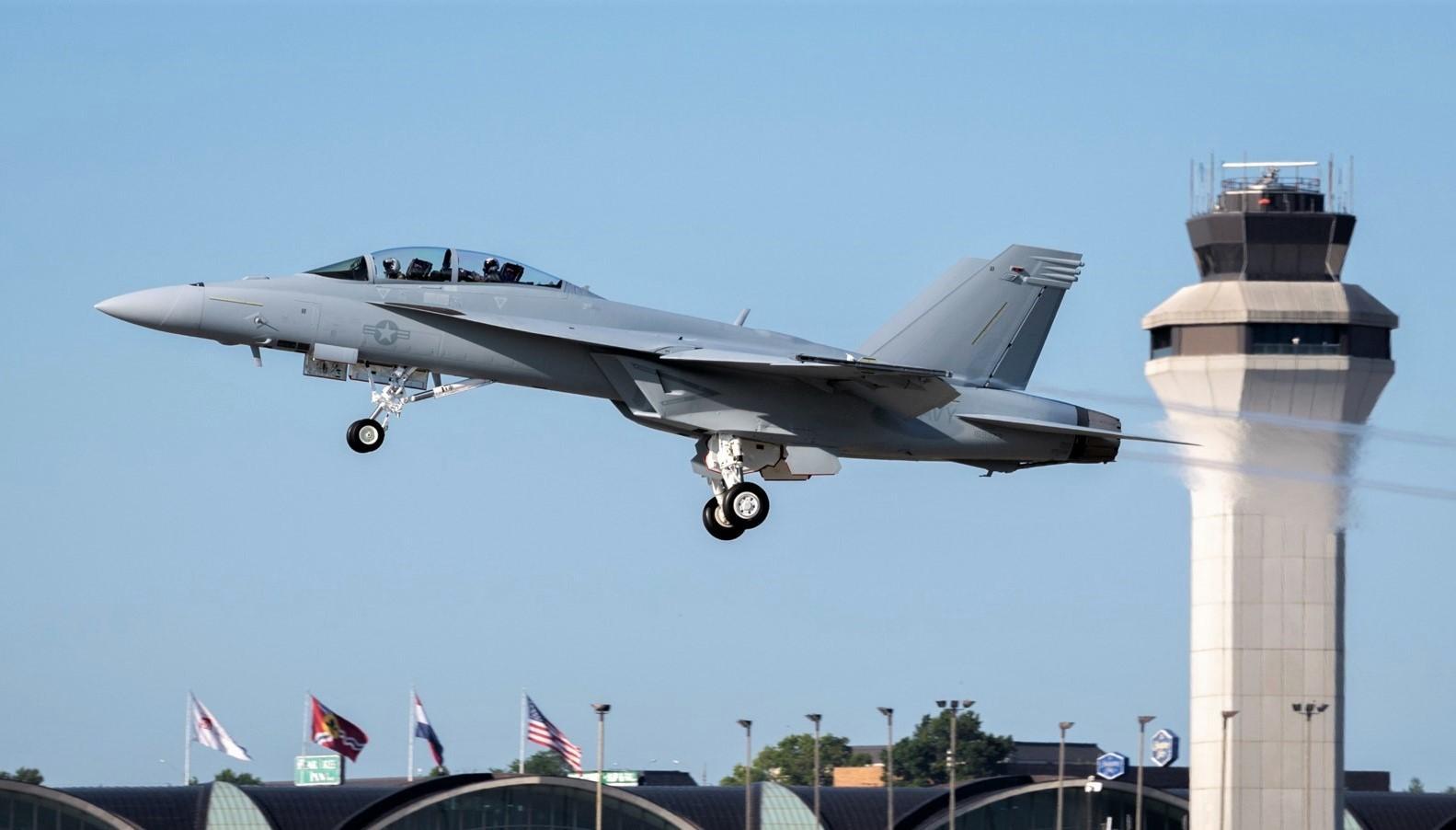 “The MUM-T concept explores interoperability between manned aircraft and unmanned autonomous systems to conduct missions,” said Capt. Jason Denney, program manager for PMA-265. “Such collaborative endeavors are imperative for resource and requirements planning to ensure the warfighter is equipped with best-in-class capabilities.”

During the flight tests, F/A-18 pilots entered commands into a third-party tablet instructing the UAVs to perform various maneuvers used in combat missions. The tablet was connected to the Block III’s adjunct processor, known as the Distributed Targeting Processor – Networked (DTP-N), which transmitted these commands to the UAVs. The UAVs successfully carried out all commands given by the pilots.

“The Navy conducts exercises of this nature with industry partners to evaluate current and future capabilities,” said Dr. Michael Yu, PMA-265 science and technology, and experimentation/demo lead. “The comprehensive analysis of data captured during these events further informs development and refinement of technologies that could potentially be incorporated into Navy platforms.”

Yu said MUM-T could allow the Navy to extend the reach of its aircrew, while keeping them farther away from enemy fire. This capability could also enable pilots to delegate tasks or incorporate UAVs into missions such as patrolling airspace, fueling aircraft or serving as a communication relay node.

“MUM-T has the potential to transform tomorrow’s fleet into a more lethal, better-connected force,” said Denney. “MUM-T will help us maintain the technological advantage and competitive edge against our adversaries.”