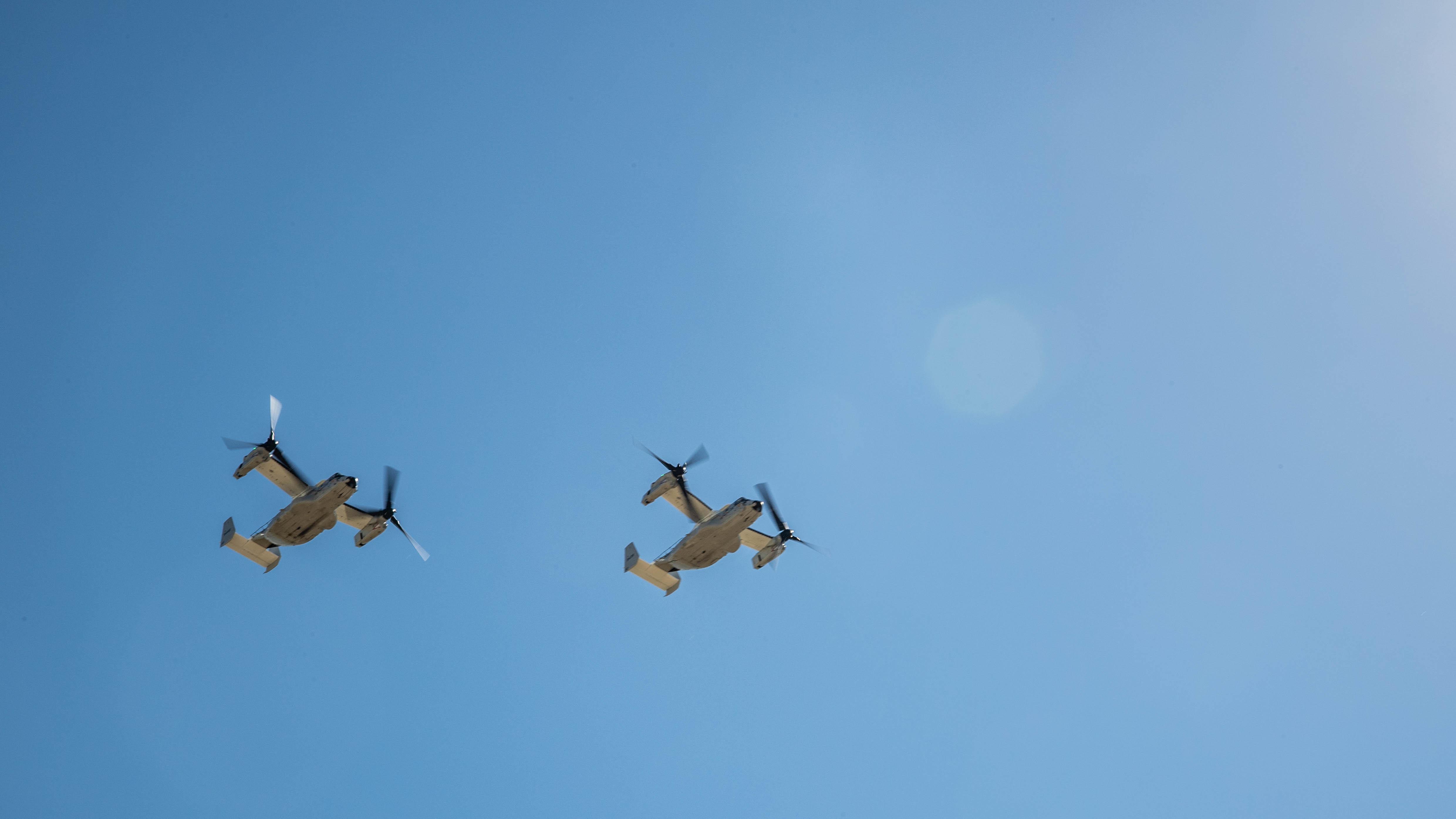 The Navy announced initial operational capability (IOC) for the CMV-22B Osprey, confirming the platform’s operational readiness following the successful completion of its maiden deployment, on Feb. 18, 2022.

The aircraft was formally declared IOC on Dec. 14, 2021, aligning with the scheduled first-quarter fiscal year requirement.

“The CMV-22's maiden deployment with Carrier Air Wing (CVW) 2 and the [USS Carl] Vinson (CVN 70) team is an operational success, giving me the confidence necessary to make the declaration,” said Rear Adm. Andrew Loiselle, Director, Air Warfare Division, N98, Office of the Chief of Naval Operations. “As we continue to deliver the advanced platforms that will make up the Air Wing of the Future, the CMV-22B provides the necessary support and more to carry our future force.”

Loiselle’s designation marks a key milestone in the design, development, acquisition and testing of the CMV-22B and confirms its relevance and readiness to meet the needs of the Navy’s Carrier Onboard Delivery (COD) mission. The aircraft transports personnel, mail, supplies and cargo from shore bases to aircraft carriers at sea, and will eventually replace the C-2A Greyhound.

“IOC designation is more than a stamp of approval,” said U.S. Marine Corps Col. Brian Taylor, V-22 Joint program manager. “It is a vote of confidence from top Navy leadership that the design, testing and production of this aircraft meet the logistical needs of the carrier air wings designated to fly the CMV-22B.”

This past summer marked the first deployment for the CMV-22B. Fleet Logistics Multi-Mission Squadron (VRM) 30 embarked on the USS Carl Vinson (CVN 70) alongside the F-35C Lightning II and E-2D Advanced Hawkeye squadrons. The first deployed detachment has executed a mission completion rate of 98% and a mission capable rate of 75%. The CMV-22B is a crucial element of future carrier airwings due to the cargo capacity needed to transport F-35 power modules and additional logistics support for future carrier air wing deployments with next-generation platforms.

“This aircraft went from first flight to first deployment in 19 months; a feat possible through the dedication of the Navy’s acquisition, engineering, test and operational communities, as well as industry, all working in tandem, toward a common goal,” said Taylor.

With 50% more internal fuel than the Marine Corps’ Osprey variant, CMV-22B can transport up to 6,000 pounds of cargo and personnel over a 1,150 nautical mile range. The Navy redesigned the forward sponson fuel tanks and added two wing fuel tanks to add capacity and extend the flight range.

“As our fighter/attack and surveillance aircraft expand in both capability and size to extend the range of the carrier air wing, we must also evolve our support aircraft, in tandem, to supply those platforms. The CMV-22B will transport cargo and personnel to outfit the most advanced aircraft carrier strike groups as we continue to meet the needs of our missions worldwide,” said Taylor.

The program will continue to refine and test capabilities on the aircraft, addressing the agile needs of the fleet. To date, Bell Boeing has delivered 14 aircraft with 44 on contract and full operational capability expected in 2023.

For more information about the CMV-22B Osprey, visit: https://www.navair.navy.mil/product/CMV-22B-Osprey 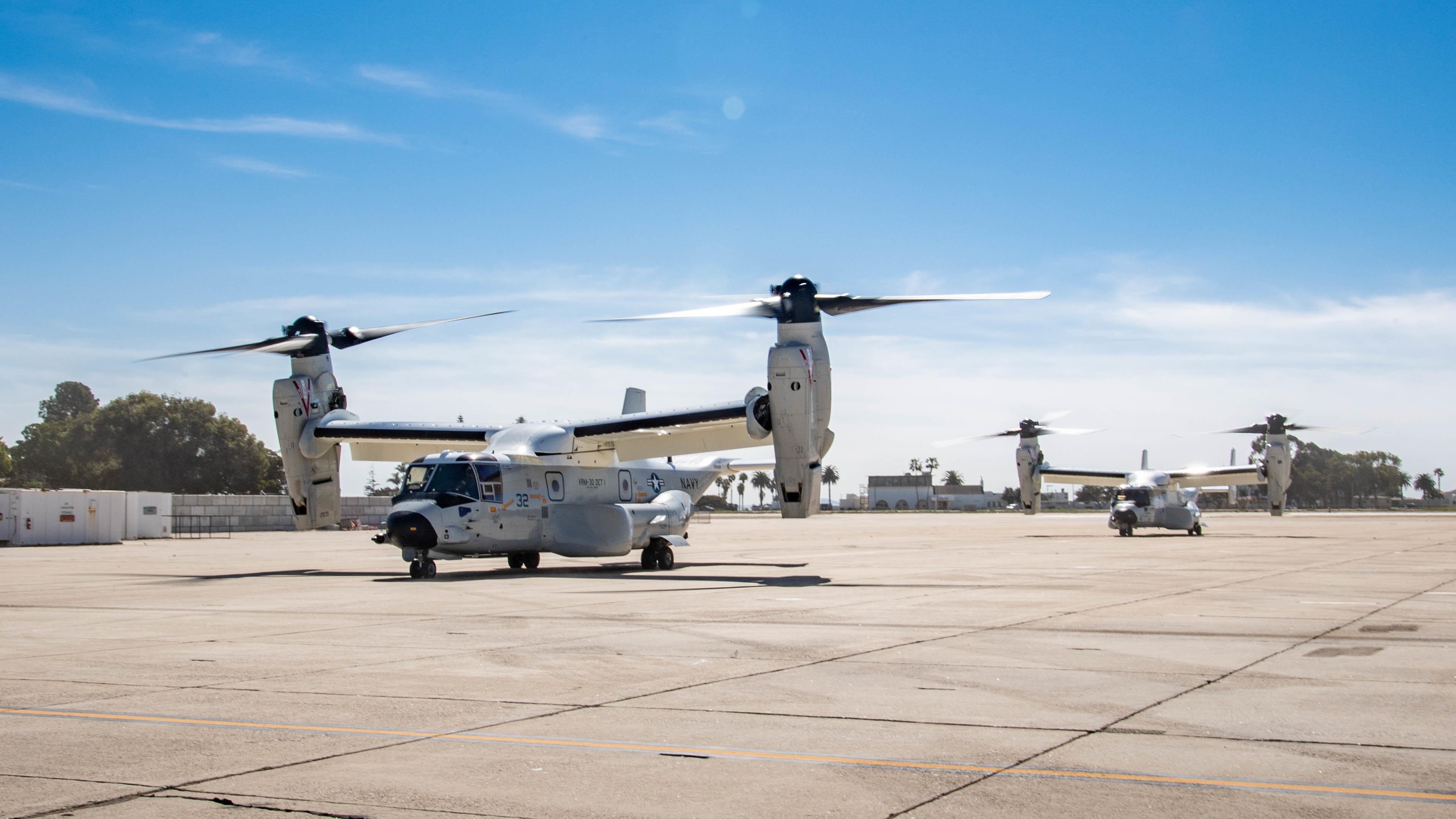