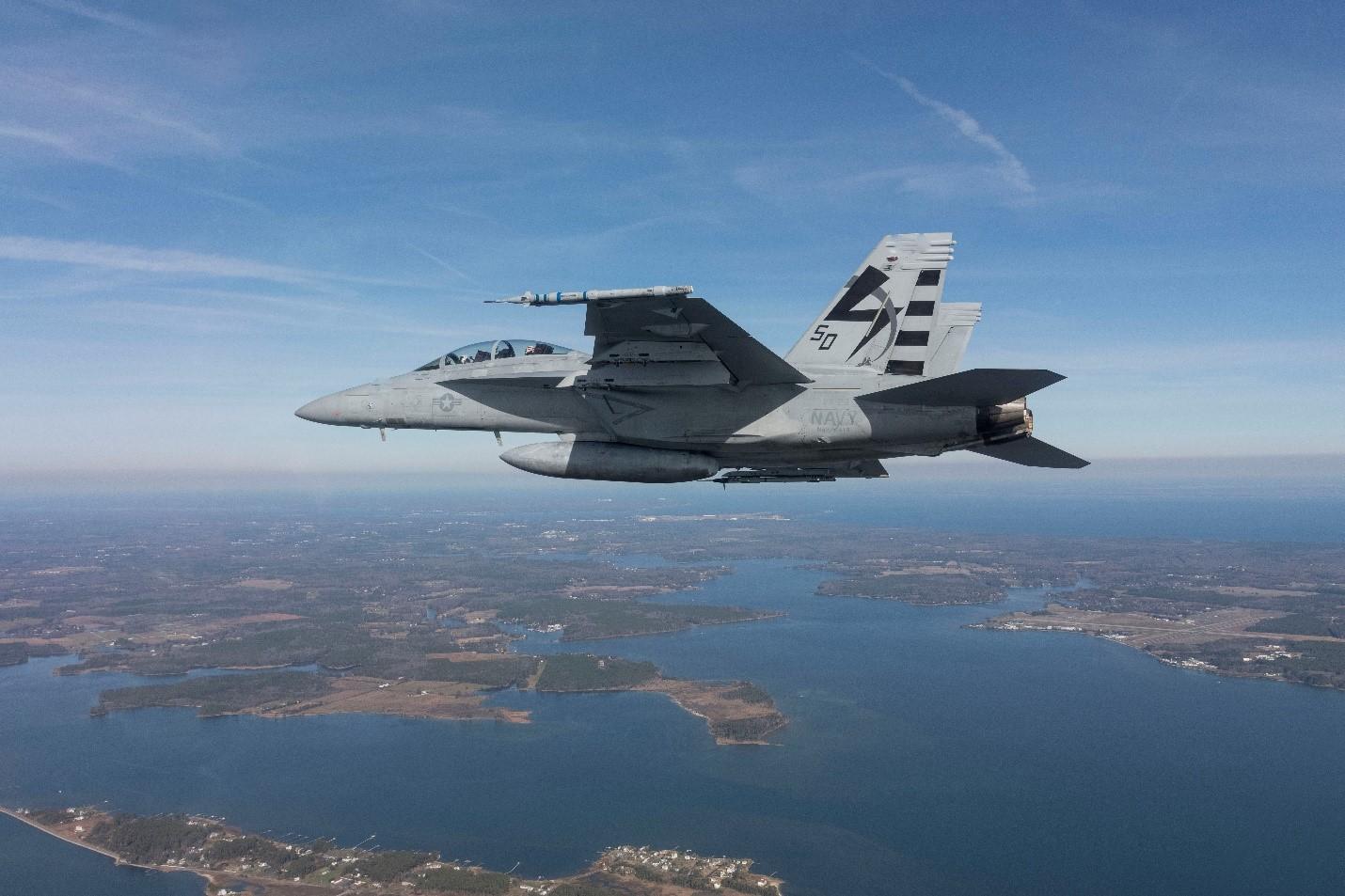 “Our team faced software, COVID, and platform challenges but worked with urgency to stay on track for low rate initial production decision in April. The fact that the date has not changed since contract award in 2017 speaks volumes of not only our team but also the level of support from the Navy to field this capability,” said Capt. Lisa Sullivan, PMA-205 program manager.

“This is the first time the team has been able to see the system in use in a real-world environment using an operational platform. These tests provide valuable insight into system performance, including pod-to-pod and pod-to-ground datalink performance, positional accuracy, and weapon simulations,” said Jake Kiehlmeier, PMA-205 TCTS II lead test engineer.

The U.S. Air Force joined the Navy’s TCTS II program, leveraging investments made by the Navy and delivering training capabilities sooner and at a lower cost.  The services are working together to develop and use this system to train against real-world threats.

“This is just the beginning of how this system and integration of additional Live, Virtual, Constructive capabilities in the portfolio will revolutionize training for the U.S Air Force and the Navy alike,” said Sullivan.