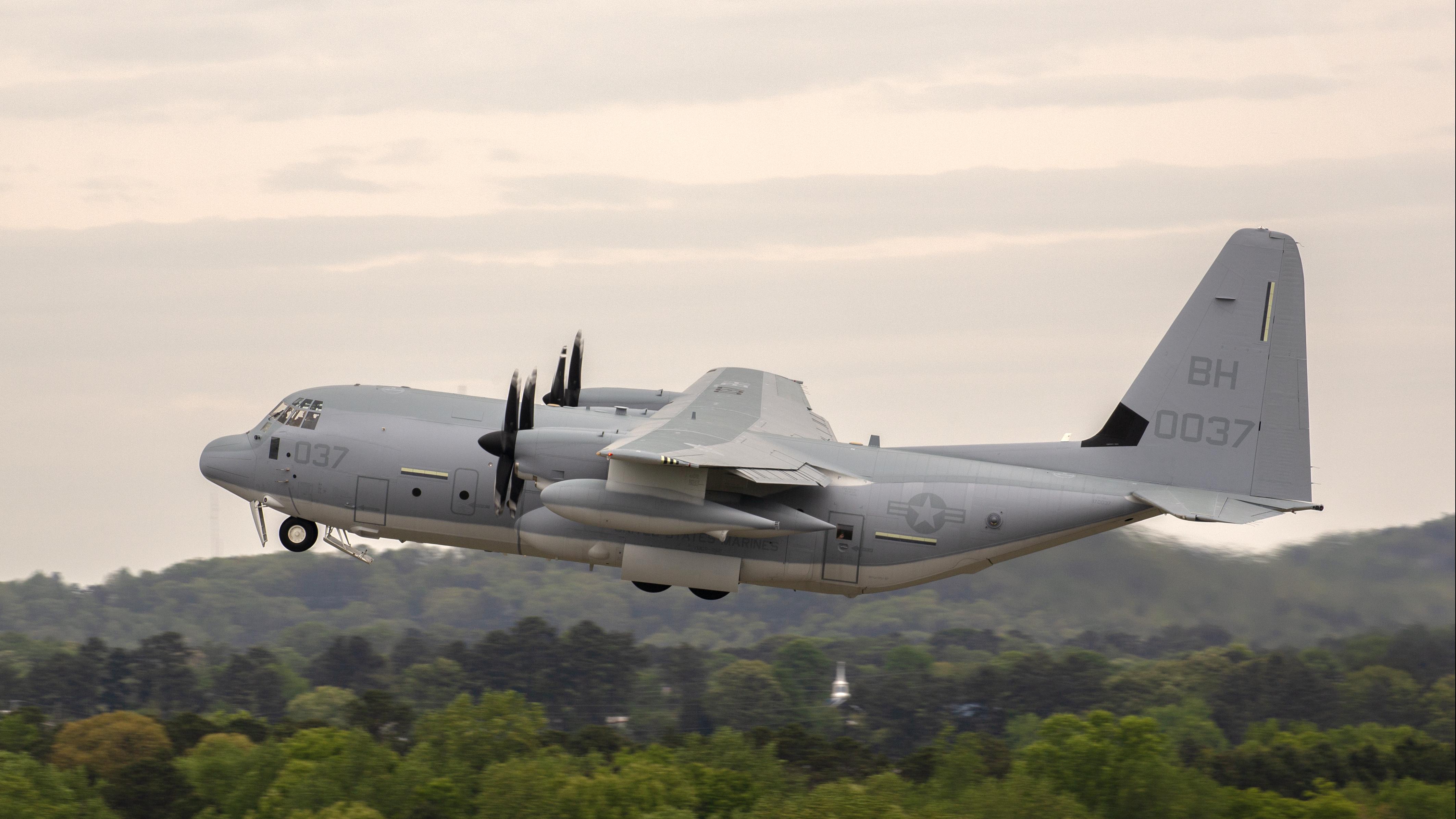 The 60th USMC KC-130J aircraft takes off from Lockheed Martin production facilities in Marietta, GA on March 31 on its way to VMGR-252 in Cherry Point, NC. (U.S. Navy Photo)

The addition of DoN LAIRCM, a laser-based self-protection system designed to defend against surface-to-air infrared missile threats, increases survivability of the aircraft and aircrew in the event of an airborne attack.

“Both these systems increase the aircraft’s combat effectiveness to perform the KC-130J core mission essential tasking,” said Navy Capt. Steve Nassau, PMA-207 program manager. “The KC-130J is a global workhorse, and the Block 8.1 upgrade clears the path for the aircraft to have world-wide access, while the DoN LAIRCM allows the aircraft to operate under expanded threat environments.”

“Our team has worked hard to make sure the Marine Corps is ready to utilize and support this aircraft,” said Joanna Sockoloskie, PMA-207 KC-130J integrated product team lead. “We have been involved from the start and it is our mission to ensure our Marines have the latest and finest equipment available.”

The Marine Corps will receive the remaining 26 aircraft over the next five years reaching their program of record 86 KC-130Js.