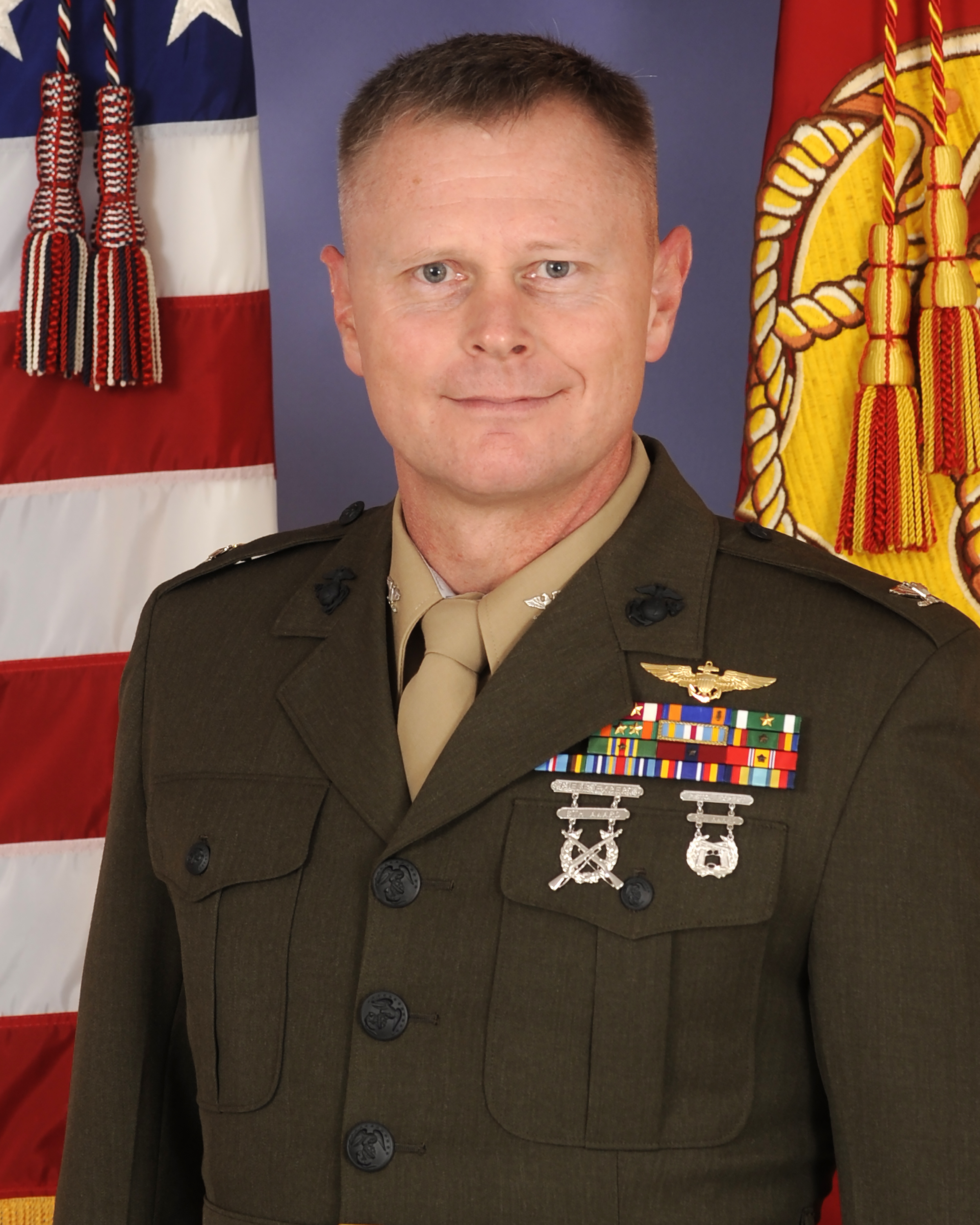 Colonel Steven Puckett is a native of Ridgefield, WA. He enlisted in the Marine Corps in September 1988 and served as an aviation life support systems maintainer for fixed and rotary wing aircraft at Kaneohe Bay, HI, El Toro, CA and Okinawa, Japan.  He was commissioned in May 1996 after earning his Bachelor of Science degree in Mechanical Engineering from the University of Arizona through the Marine Enlisted Commissioning Education Program.  He was designated a Naval Aviator in August 1998 and reported to Marine Aerial Refueler Transport Training Squadron TWO FIVE THREE (VMGRT-253) in Cherry Point, NC for training in the KC-130.

Between 1999 and 2004, Col Puckett completed operational tours with VMGR-352 in Miramar, CA and VMGR-252 in Cherry Point, NC. He participated in multiple deployments in support of Operations NORTHERN WATCH and ENDURING FREEDOM and served on the KC-130J Fleet Introduction and Model Manager teams.  During this time, Col Puckett was temporarily assigned to Air Test and Evaluation Squadron ONE (VX-1), in Patuxent River, MD, to serve as Maintenance Officer and operational test pilot during Initial Operational Test and Evaluation for the KC-130J.

In the summer of 2004, Col Puckett reported to the Air Force Institute of Technology in Dayton, OH as part of the U.S. Naval Test Pilot School Cooperative Program and in December of 2006, he graduated with Test Pilot School Class 130 and received his Master of Science degree in Aeronautical Engineering.  Col Puckett subsequently served as project officer for C/KC-130, UC-35, and UC-12W test programs at VX-20, before transitioning into the Acquisition Management Professional community (8059) in 2010. In 2011, he reported to the Tactical Airlift Program Office (PMA-207) and served as the C/KC-130 Deputy Program Manager for all domestic and Foreign Military Sales C-130 programs.  In November 2015, Col Puckett returned to VX-20 for duty as Chief Test Pilot and Commanding Officer and was subsequently assigned to the Pentagon to serve as Military Assistant to the Assistant Secretary of the Navy for Research, Development, and Acquisition. In the spring of 2019, he reported to the F/A-18 and EA-18G Program Office (PMA-265) and served as the F/A-18 A-D Deputy Program Manager until reporting for duty as Program Manager for PMA-207 in April 2022.

Col Puckett has accumulated more than 2,800 hours in 30 models of jet, prop, and rotary wing aircraft.  His personal awards include the Meritorious Service Medal and Air Medal.