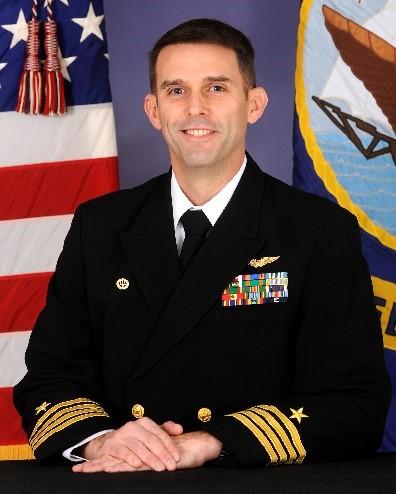 “Your diverse program leads in performance to plan across the board at NAS Pax River and across the entire MPRA community,” he said. “I attribute this success to your team and demonstrated personal performance. You exemplify People First and Mission Always: Taking care of the men and women who work to ensure our nation has the MPRA the nation needs.”

During his command, Rossi oversaw the final transition from the P-3C Orion to the P-8A Poseidon. He received the Department of the Navy’s Program Manager of the Year award for 2019.

“What a great personal and career experience these past four years have been,” Rossi said in a statement sent out to program employees. “I have witnessed a team of Navy professionals willing to go the extra mile to deliver superior warfighting capabilities to our fleet warriors.”

Rossi also spoke about the direction the program is headed under Gardner’s leadership.

“I leave knowing that you’re in the capable hands of empowered leaders and a new program manager ready to embark upon this next phase that brings the flexibility needed to meet any contingency,” he said. “It has been my great honor to work with you and I look forward to hearing of your future accomplishments as you build on these new beginnings.”

Gardner assumed command after coming from a staff assignment at the Naval Air Systems Command. He comes with previous PMA-290 experience having been an avionics systems officer and an assistant program manager for systems engineering for the P-8A.

“I’ve had the good fortune to work as part of the 290 team several times in the past and I’m excited to have another opportunity,” Gardner said. “As we look to the future we will continue to find new and innovative ways to meet our fleet’s mission.”

PMA-290 manages the acquisition, development, support, and delivery of the Navy's Maritime Patrol and Reconnaissance Aircraft.

The ceremony was held with less than ten members physically present and with those members at least six feet apart in compliance with the Centers for Disease Control and Prevention’s guidelines during the COVID-19 pandemic.