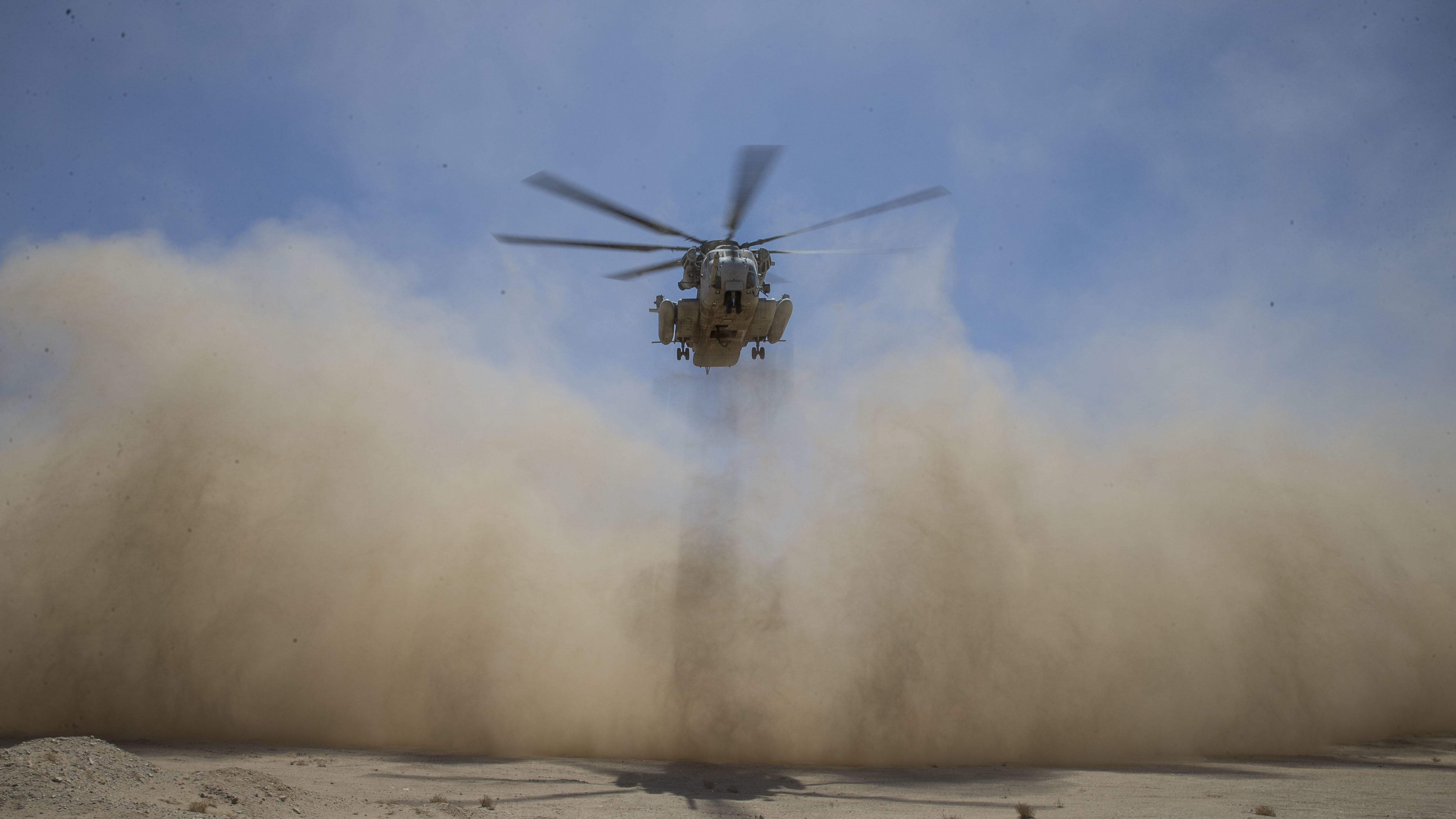 The LSPC system will improve safety and prevent damage or loss of aircraft. It provides flight control augmentation to reduce the workload on the aircrew in landings and external lift evolutions during brownout environments – the most difficult flight regimes.

Issues flying in degraded visual environments (or brownouts) became more transparent during operations in the Middle East and areas with sandy landing areas. This environment increased the probability for aircraft drift during landing and takeoff. Though LSPC was already in development, a contract needed to be put in place expeditiously to ensure the continued development of a prototype. Accelerating the implementation of the system is a priority for Naval Air System Command (NAVAIR) leadership and the H-53 heavy lift helicopters program office (PMA-261).

“Our job was to contract and develop the LSPC system and prepare it to integrate into the CH-53E and eventually other legacy rotorcraft,” said Lt. Col. Michael J. Shull, PMA-261 air vehicle integrated product team co-lead.

The outcome of the project is to design and demonstrate a prototype of the LSPC in a representative “hardware-in-the-loop” system integration lab, where the actual box containing the LSPC software is tested in a simulator. The prototype will then be integrated and tested on a CH-53E in brownout environments.

“The fleet needs LSPC and we were determined to get the process underway so it could get to them as soon as possible,” Shull said.

“We were able to contract the LSPC effort in four months using an other transaction authority (OTA),” said Shull. The OTA was executed under the Agile Acquisition Center using the Naval Air Warfare Center Aircraft Division (NAWCAD) OTA consortium.

OT authorities provide the Department of Defense a means to access state-of-the-art technology solutions within the commercial arena; connecting the government with non-traditional and traditional contractors in a collaborative and business-based approach.

According to Shull, the team began the acquisition process in September 2019, coordinating with NAVAIR and the air vehicle engineering department for the NAWCAD to generate the required documentation, white papers, and then to select a contractor.

“We spent a good deal of time coordinating with business financial managers and the comptroller to ensure the continuing resolution funding was in place,” said Shull. “We were able to go under contract in January 2020 about 4.5 months from idea to contract.”

LSPC will provide a significant capability and safety improvement to the fleet once fielded and it is a leadership priority within NAVAIR.

“My team is proud to have a part in getting LSPC to the fleet,” said Shull. “The sooner it is out there, the safer our Marines will be!”