Maj. Gen. Greg Masiello presided over the change of command from Col. Jack Perrin to Col. Kate Fleeger on May 11.

The H-53 Heavy Lift Helicopters Program Office (PMA-261) welcomed their new program manager during a change of command ceremony on May 11.

“I am personally and professionally sad to see you go,” said Masiello to Perrin. “I commend you for your leadership, your perseverance, perspective, and your outstanding performance over the past years.”

Perrin reported as program manager for PMA-261 in July 2018 and will be retiring later this summer after 28 years of service with the United States Marine Corps. In his remarks he thanked his family, Navy and Marine Corps leadership, and the members of the heavy lift team within the program office.

“I am truly humbled and honored to have served with you for the last four years,” he said. “This team gets the job done and I’m proud to have been a part of it.”

Fleeger, a Maryland native, earned a Bachelor of Arts degree from Princeton University. She received her commission in 1999 and served three deployments in support of Operation Iraqi Freedom as a naval aviator. Her acquisitions experience includes multiple roles with NAVAIR, including her most recently role as PEO(A) chief of staff.

“I know this program is what it is today thanks to your dedication,” Fleeger told Perrin. “I am truly honored to follow in your footsteps.

“I promise I’ll show up and I’ll be invested and I will commit to the same professionalism and dedication,” she said.

PMA-261 manages the cradle to grave procurement, development, support, fielding and disposal of the entire family of H-53 heavy lift helicopters, including the CH-53K King Stallion, the CH-53E Super Stallion and the MH-53E Sea Dragon. 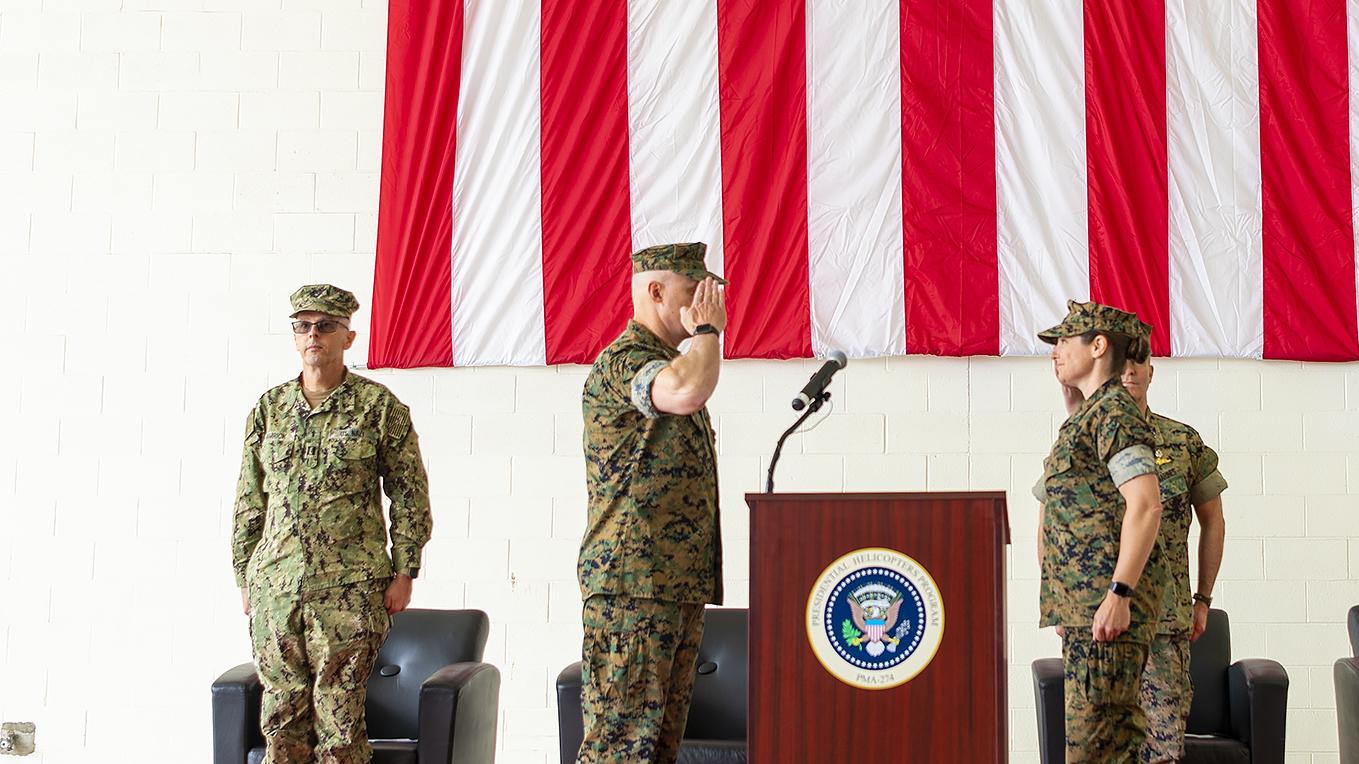 Col. Jack Perrin transfers command to Col. Kate Fleeger in a ceremony on May 11.