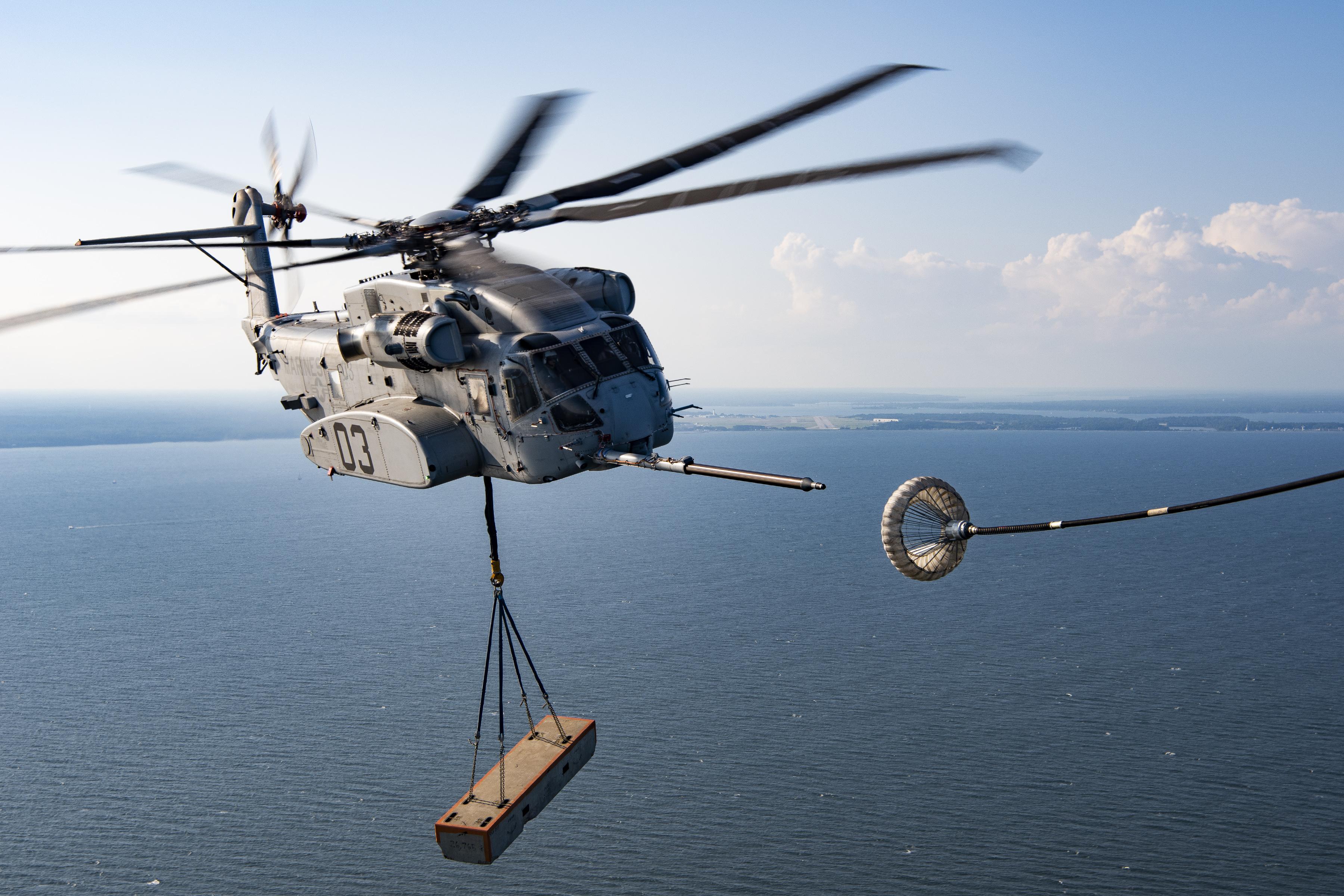 A full authority digital fly-by-wire Flight Control System (FCS) is one of many impressive capabilities setting the CH-53K King Stallion heavy lift helicopter apart from any other heavy lift aircraft. “Full authority” means the FCS provides all of the aircraft motion – not just supplementing the pilot for stability.

A digital fly-by-wire FCS is an electronic flight control system teamed with a digital computer that replaces mechanical control systems in an aircraft. It makes the aircraft easier to handle in degraded visual environments at gross weights up to 88,000 lbs. The CH-53K is currently cleared to 27,000 lbs. external lift but will eventually be cleared to 36,000 lbs.

“The CH-53E/D were much harder to fly,” said retired Lt. Col. Lucas Frank, formerly of Marine Operational Test and Evaluation Squadron 1 (VMX-1). “And the ease of flying this, the flight control system is probably the biggest game changer for the 53 community. We’re not used to anything like this.”

The high performance of the FCS is a direct result of the ongoing collaboration and cooperation between subject matter experts within the Naval Air Systems Command (NAVAIR) Heavy Lift Helicopters Program Office (PMA-261), the Integrated Test Team (ITT), and the Flight Controls System design engineers from Sikorsky, a Lockheed Martin Company.

For members of the CH-53K ITT, the most impressive FCS benefit is how it can be used to achieve future capabilities and quickly correct identified deficiencies.

“FTVs are an extremely powerful tool,” said Craig Merriman, CH-53K assistant program manager for test. “It allows us to test design fixes on aircraft in between major software releases.”

According to Merriman, this means the team can continually improve the FCS software. If an issue is identified in flight test, the FTVs can be adjusted within a preapproved range, providing the pilots an opportunity to evaluate the correction in the aircraft in the intended environment. These FTVs are then incorporated into the next major FCS software release.

“With each major FCS software drop, the aircraft baseline performance markedly increases due to the incorporation of these verified FTVs,” said Merriman.

The CH-53K FCS is a work in progress and a team effort. When issues were identified through flight test, which required a quick resolution, the whole team collaborated from sites in Florida, Maryland and Connecticut.

With the deficiency identified by the flight test team, the design engineers began developing FTVs and performing analysis. The FTVs were evaluated in the Flight Controls System Integration Lab (FCSIL), a Sikorsky-owned lab in Stratford, CT, used by the ITT. The FCSIL is a CH-53K aircraft representative laboratory and simulator with triplex redundancy – a flight representative control system. The facility is used to simulate aircraft behavior and evaluate the aircraft performance relative to new FTVs. The facility is also used to verify the safe load and unload of FTVs to the software.

Following the FCSIL testing, the NAVAIR Airworthiness group reviewed the analysis and granted approval to fly the FTVs. With this approval, the test team loaded the FTV on the aircraft.  The fix was tested with no degradation, permitting the fleet aerial refueling operations which are in use today.

“It’s a very intuitive flight control system,” said Frank, “and it blends very well with the pilot and the computers. It allows you to override the computer. And then the second that you stop overriding it, the computer takes back over without any further pilot input. That’s probably the biggest game changer for our community.”

The use of FTVs has been key in resolving FCS deficiencies discovered during flight test and will be used to enhance the already successful fly-by-wire system as the CH-53K takes on additional capabilities in the future. 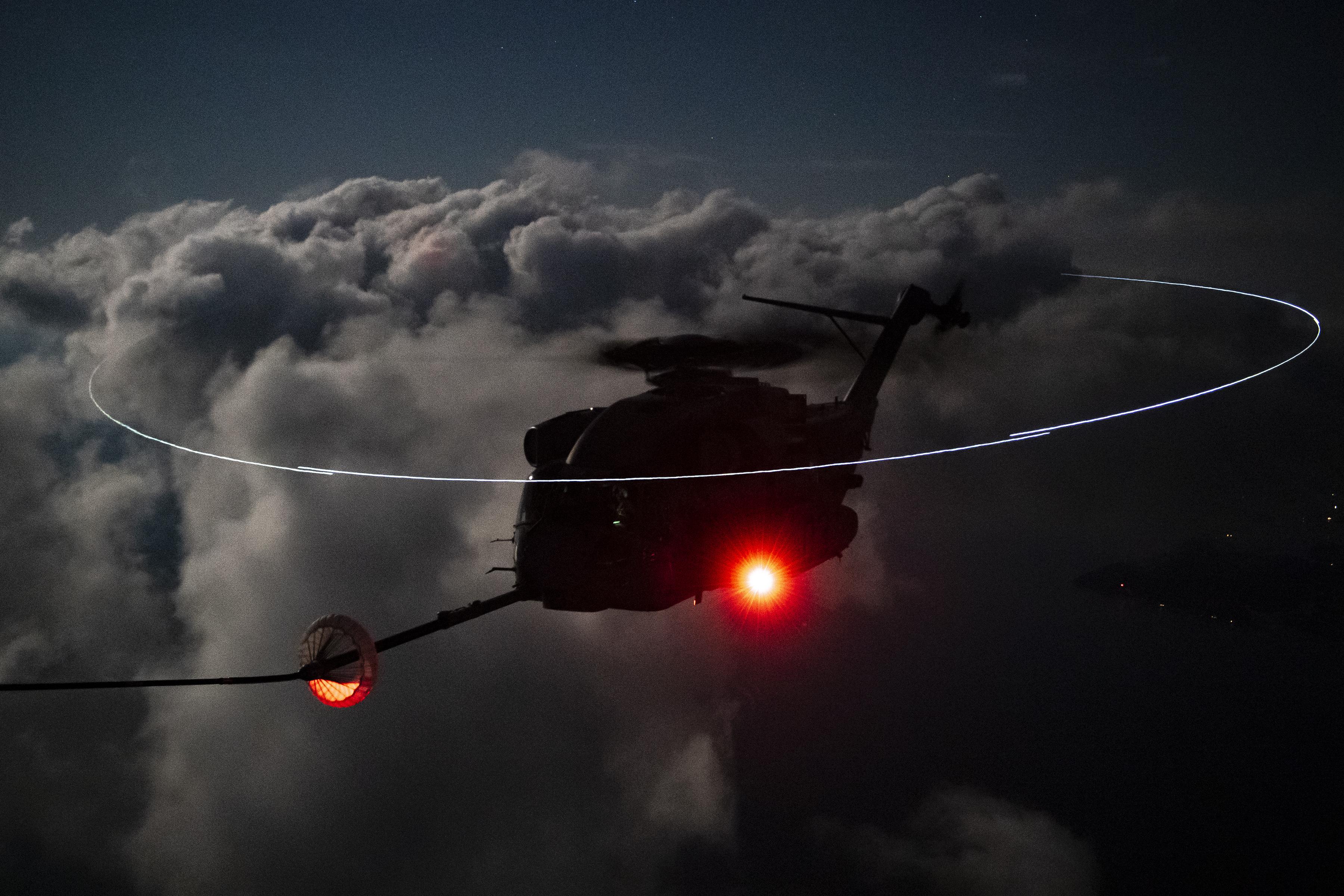 A CH-53K King Stallion aircraft plugs a refueling drogue behind a KC-130J aerial refueling tanker during a test event over the Chesapeake Bay in 2021.