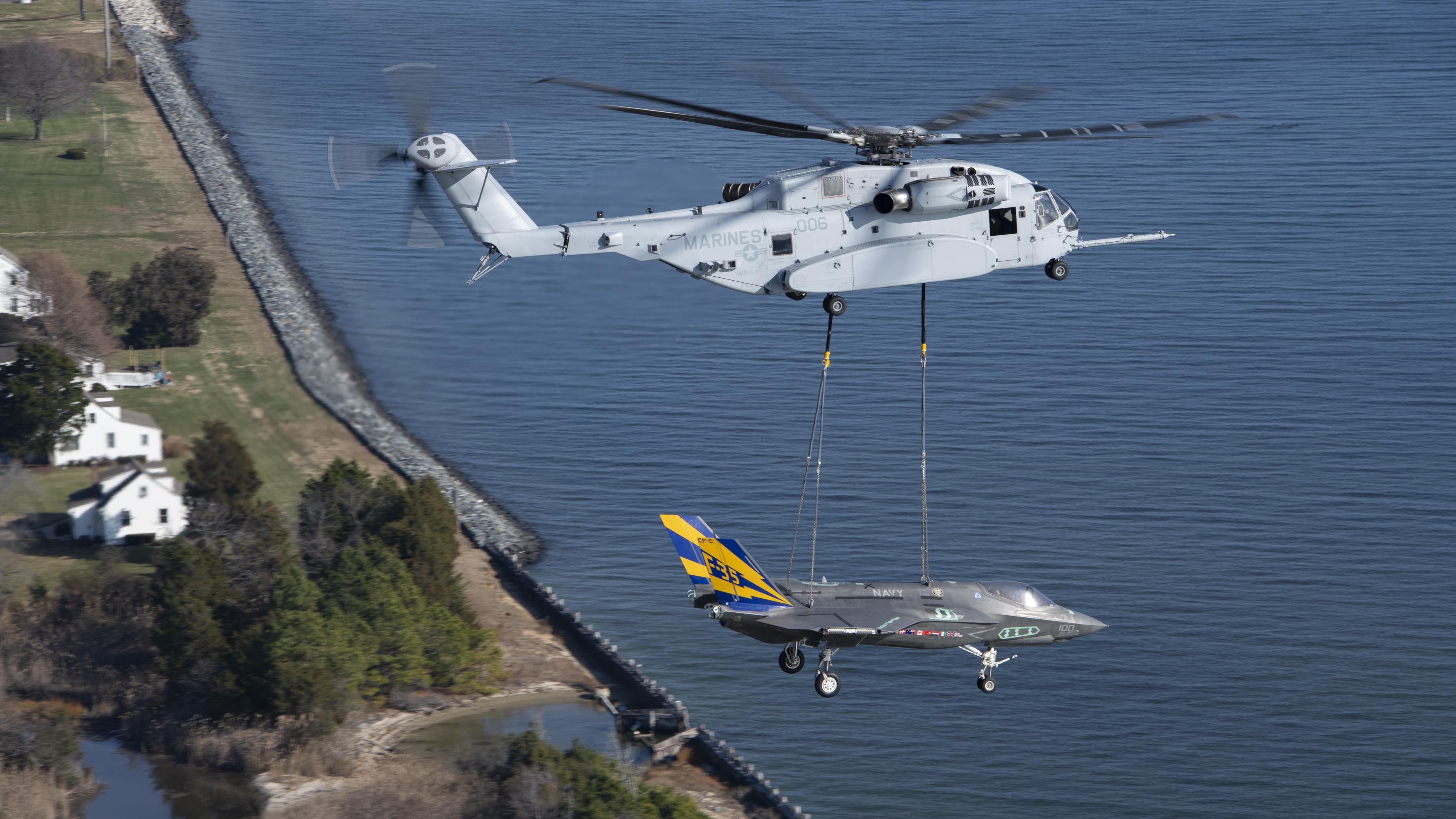 The CH-53K is the most powerful helicopter ever developed by the United States government.  This new-build helicopter will continue to fill the CH-53E Super Stallion mission as a pillar of logistics and assault support for the U.S. Marine Corps efforts, but with significant improvements such as state-of-the-art, fly-by-wire technology reducing pilot work load, contributing to aircraft stability, and improving overall safety. The recent full rate production decision for the CH-53K is validation of the aircraft’s value to the U.S. Marine Corps and last month’s test lift is one more demonstration of its performance and reliability.

The aircraft lifted is a developmental test carrier variant F-35C fighter jet that had accrued 750 flight hours during 450 test flights between 2010 and 2016. The F-35C and rigging weighed about 22,000 pounds after removal of its mission and propulsion systems, outer wings, and additional equipment.

In September 2021, the CH-53K performed its first operational mission by lifting a Navy MH-60S Knighthawk helicopter from a 12,000-foot mountain top in California. That aircraft weighed approximately 15,000 pounds and was successfully transported 23 miles to Fallon, NV.

“This type of mission is precisely what the K was designed and built to do,” said Col. Kate Fleeger, program manager for the Heavy Lift Helicopter Program Office (PMA-261).  “It continues to prove its value in support of Marine Corps operations, transporting equipment that no other rotary wing platform can lift.”

The CH-53K entered its full rate production and deployment phase in December and is on schedule to declare Full Operational Capability in FY2029. 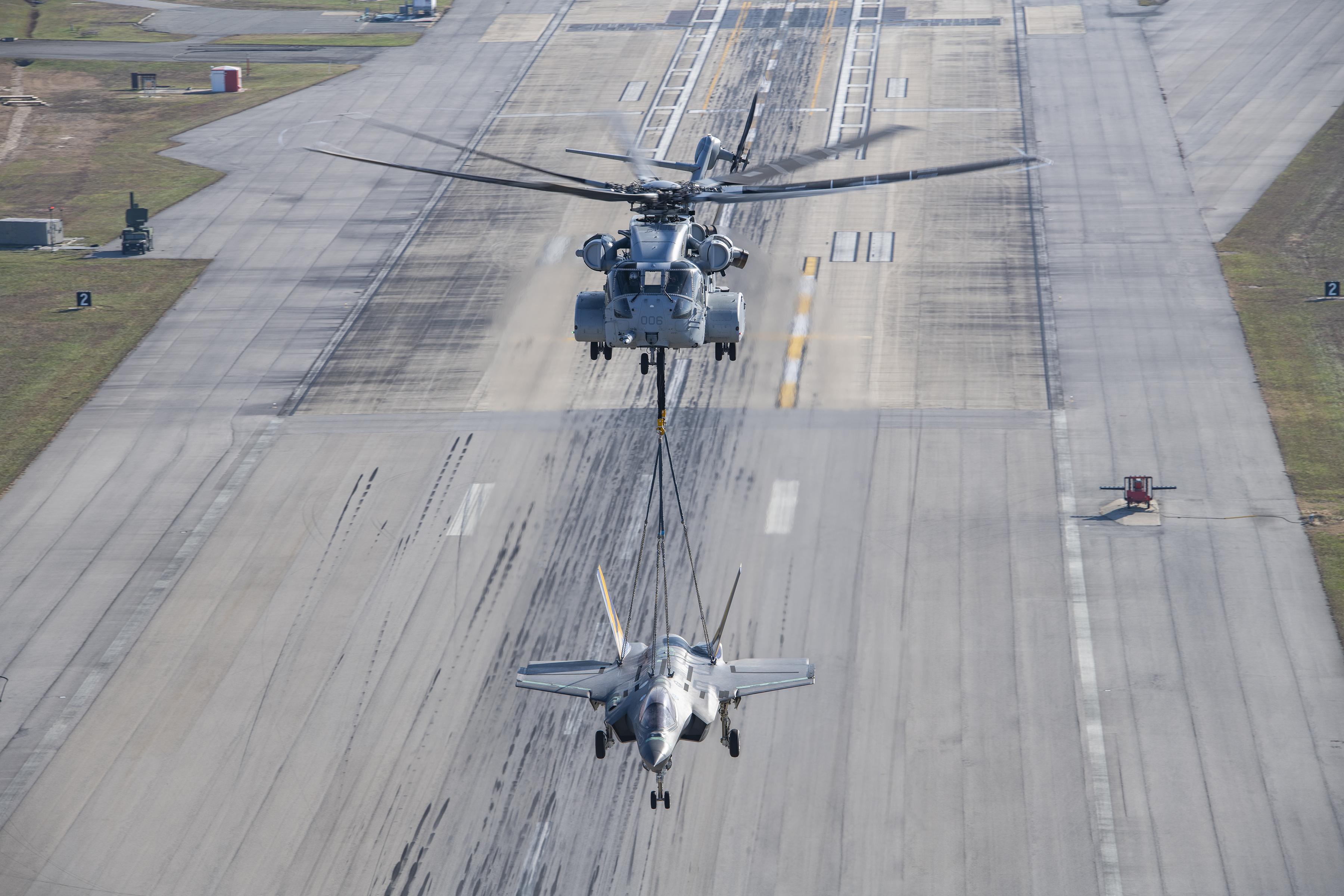