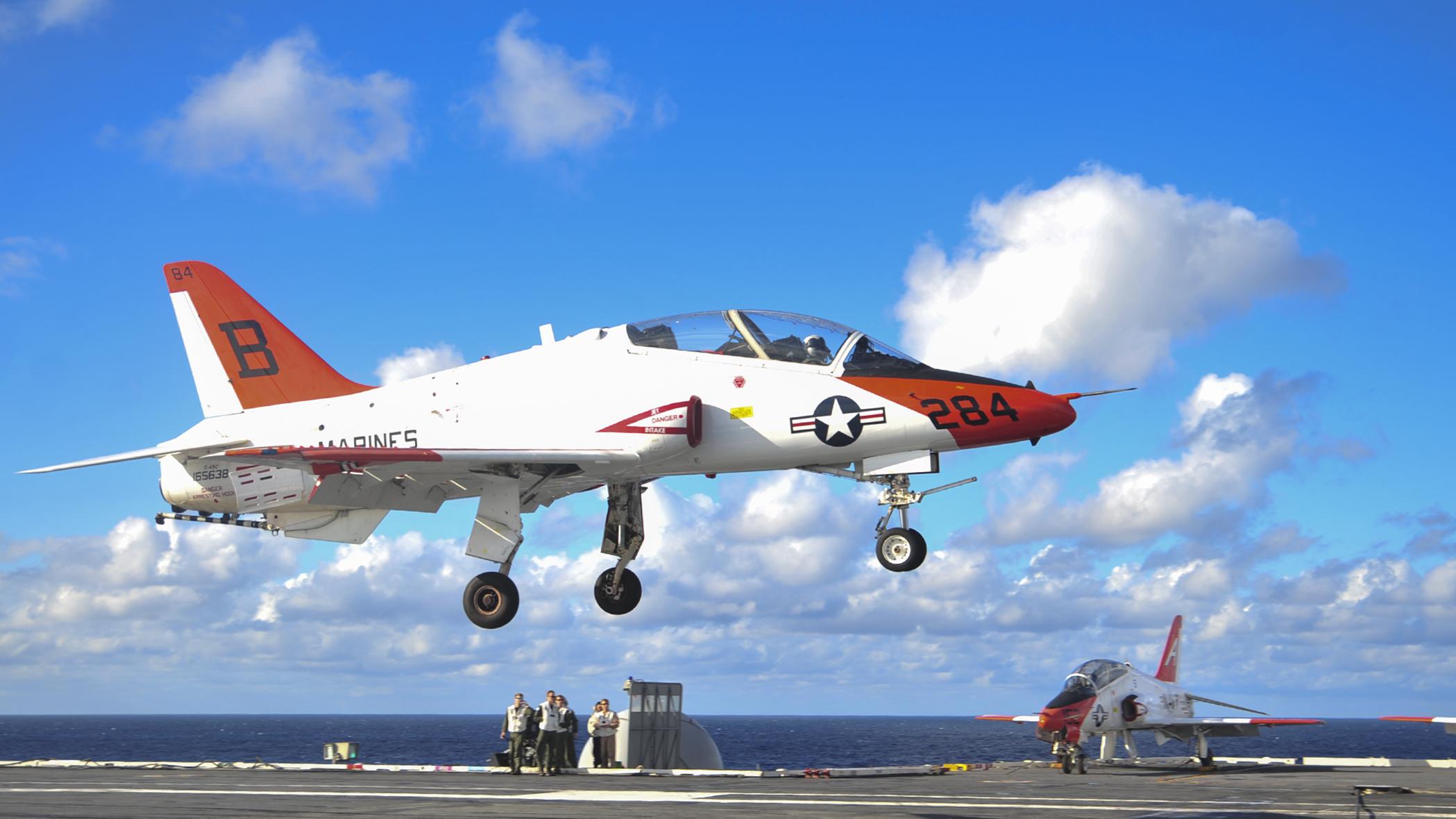 The T-45 Goshawk is a tandem-seat, carrier capable, jet trainer whose mission is to train Navy and Marine Corps pilots.

The T-45A aircraft, the Navy version of the British Aerospace Hawk aircraft, is used for intermediate and advanced portions of the Navy/Marine Corps pilot training program for jet carrier aviation and tactical strike missions. The T-45A has replaced the T-2 Buckeye trainer and the TA-4 trainer with an integrated training system that includes the T-45A Goshawk aircraft, operations and instrument fighter simulators, academics, and training integration system. There are two versions of T-45 aircraft currently in operational use at this time, the T-45A and T-45C derivatives. The T-45A, which became operational in 1991, contains an analog design cockpit while the new T-45C (began delivery in December 1997) is built around a new digital "glass cockpit" design.