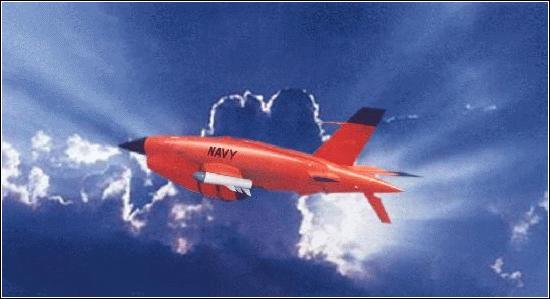 The BQM-34S Aerial Target is a recoverable, remote-controlled subsonic target capable of speeds up to 0.9 Mach and altitudes from 17-50,000 feet. It is propelled during flight by a single J69-T41 or J85-GE-100 turbojet engine which produces 1,920 or 2,800 pounds static thrust (respectively) at sea level. The target is designed to be surface launched from a short rail or zero length ground launcher utilizing a single Jet Assisted Take-Off (JATO) bottle or air launched from a DC-130 aircraft. The target is controllable through normal flight and capable of performing maneuvers of up to 5gs.