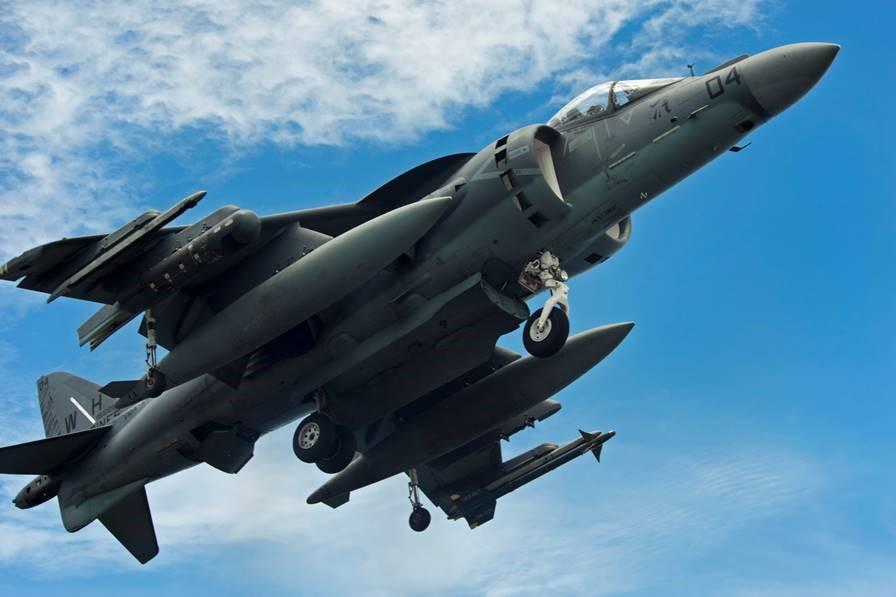 The mission of the VMA STOVL squadron is to attack and destroy surface and air targets, to escort helicopters, and to conduct other such air operations as may be directed. Specific tasks of the AV-8B Harrier II include:

The AV-8B V/STOL strike aircraft was designed to replace the AV-8A and the A-4M light attack aircraft. The Marine Corps requirement for a V/STOL light attack force has been well documented since the late 1950s. Combining tactical mobility, responsiveness, reduced operating cost and basing flexibility, both afloat and ashore, V/STOL aircraft are particularly well suited to the special combat and expeditionary requirements of the Marine Corps. The AV-8BII+ features the APG-65 Radar common to the F/A-18, as well as all previous systems and features common to the AV-8BII.