AV-8B Weapon Systems Program Office (PMA-257) is responsible for life cycle sustainment of the AV-8B Harrier weapon systems for the U.S. Marine Corps and its allied partners: Spain and Italy. The program office's charge is to engineer, procure, field, and sustain readiness and capability improvements at a reduced cost to provide a reliable, safe and tactically relevant Vertical/Short TakeOff and Landing (V/STOL) attack capability. 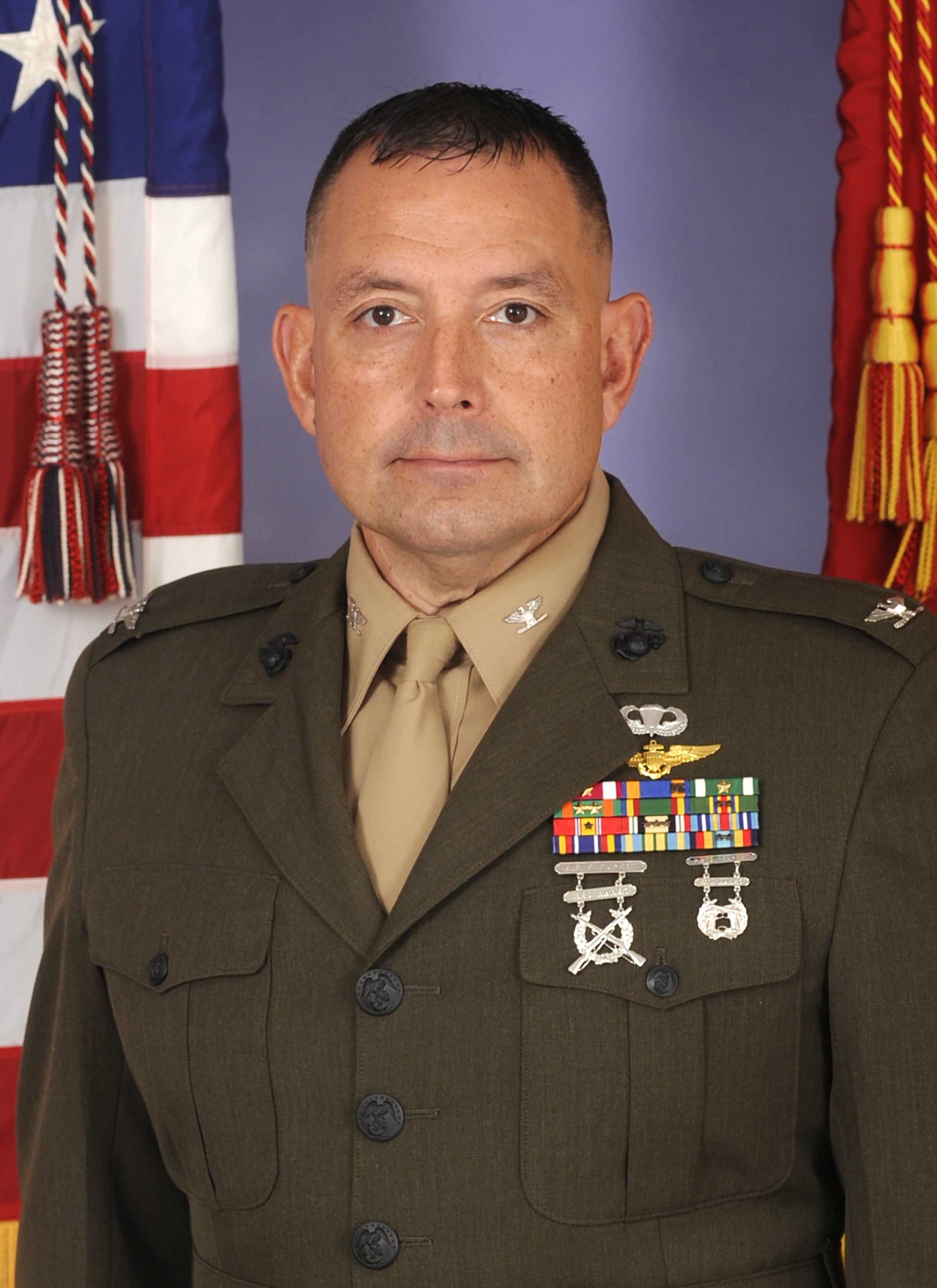 Colonel Mark R. Amspacher is a native of Mount Joy, Pennsylvania. He was commissioned a 2nd Lt. upon graduation from the U.S. Naval Academy in May 1999, earning a Bachelor of Science degree in Aerospace Engineering.

In February 2004, Capt. Amspacher reported to Marine Corps Air Station (MCAS) Cherry Point, N.C. and was assigned to Marine Tactical Electronic Warfare Squadron 2 (VMAQ-2).  During his four and a half year tour with VMAQ-2, he served in the Logistics and Operations Departments. He deployed to Iraq on three separate occasions and earned multiple designations to include Weapons and Tactics Instructor (WTI), Night Systems Instructor (NSI), and Landing Signals Officer (LSO) (Field Qualification).

In August 2008, Capt. Amspacher reported to NAS Whidbey Island as a Fleet Replacement Squadron Instructor.  During his tour at VAQ-129, he served as a Tactics instructor, Marine Liaison Officer and Schedules Officer.

Amspacher reported to Air Test and Evaluation Squadron TWO THREE (VX-23) Airborne Electronic Attack (AEA) Department where he served as project officer flying the EA-6B Prowler, EA-18G Growler, and F/A-18E/F Super Hornet.  In April 2013, he assumed the duties as the VX-23 Operations Officer where he coordinated and led the efforts of the squadron’s eight departments to develop a consolidated operations plan for 56 aircrew and 48 aircraft to include the F-35 Joint Strike Fighter (JSF) and the X-47 Unmanned Combat Air System Demonstration (UCAS-D). In November of 2013, Amspacher was selected to the 8059 Acquisitions Management Professional career field.

Following his tour at VX-23, Amspacher assumed the duties as the EA-6B Deputy Program Manager for PMA-234 at NAS Patuxent River in January 2014.  He lead major EA-6B program upgrades and sustainment efforts for the final Navy EA-6B Squadron transition to EA-18G in 2015 and continued sustainment initiatives for the Marine Corps for a 2019 sundown.

In June 2017, Lt. Col. Amspacher assumed the duties as the Marine Aviation Detachment (MAD) Executive officer.  He led a diverse team of Marines supporting and managing the Marine acquisition professionals of NAS Patuxent River until he reported to VX-23 in March 2018 as the Chief Test Pilot.

In October 2019,  Amspacher assumed Command of Air Test and Evaluation Squadron Two Three (VX-23). He lead VX-23 through one of the most challenging times executing throughout the COVID-19 pandemic. He ensured the safety of the workforce, the job stability of all personnel and ultimately mission execution. VX-23 executed comparable flight hours as to the 16 months prior to the pandemic showing that the team was resilient, dedicated and continued to deliver capabilities to the fleet warfighter.

He has flown over 25 diverse type aircraft to include the AV-8B Harrier, U-2 Dragon Lady, AH-1Z Viper, and HU-16 Albatross. Col Amspacher has amassed greater than 2800 total flight hours.  In the EA-6B, Col. Amspacher has accumulated over 1700 hours, in which over 1000 of those hours were combat.