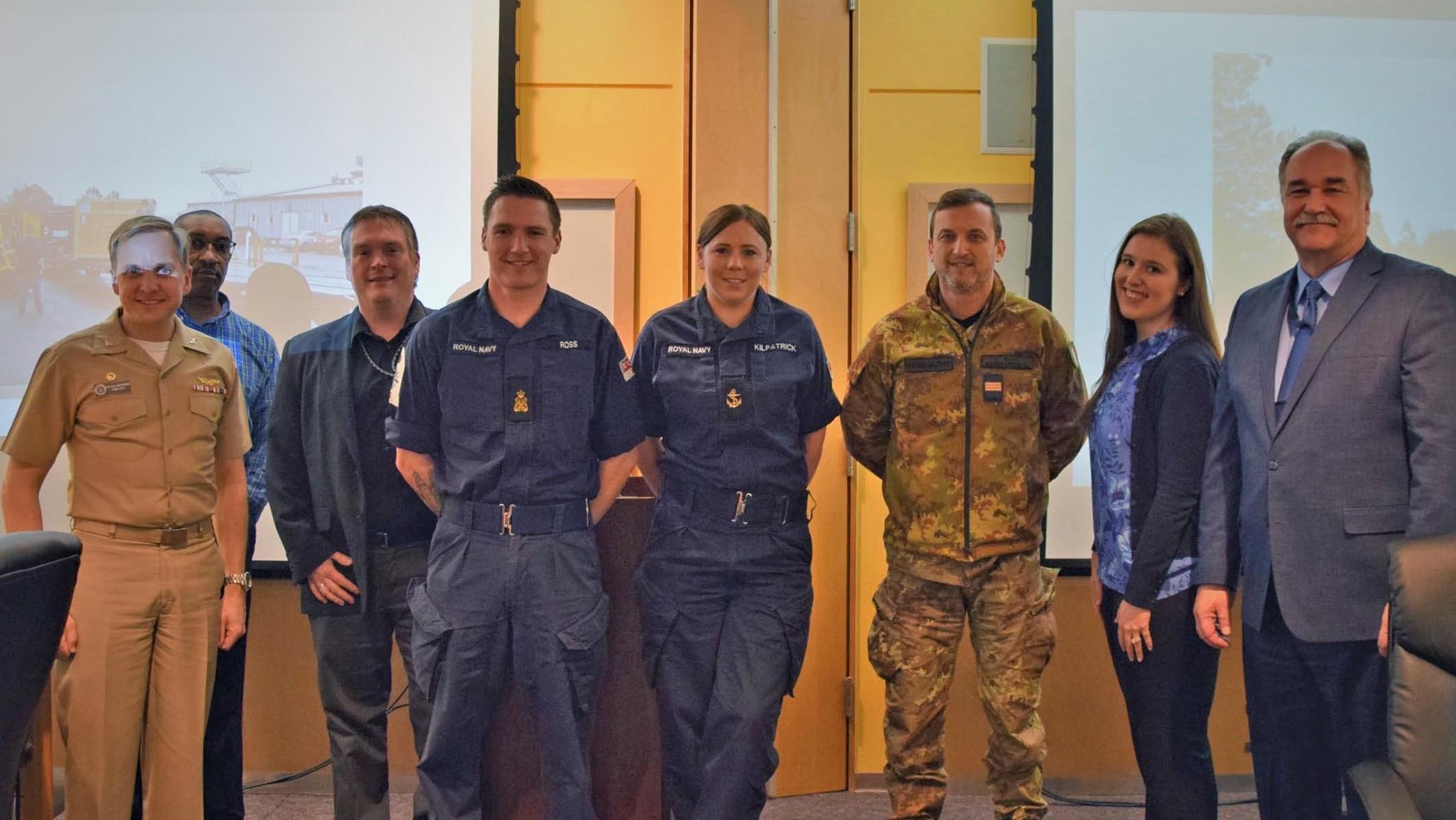 As the F-35B is set for its debut aboard Italy’s and the United Kingdom’s aircraft carriers, sailors from both navies spent the last month learning how to maintain the ships’ instrument carrier landing system (ICLS), graduating Feb. 27 during a small ceremony at Webster Outlying Field.

Following the graduation, Royal Navy Petty Officer Pete Ross, an aviation facilities maintainer responsible for landing aids such as the AN/SPN-41B, said thanks to the course and his instructor, Bill Brooks, he’s now more than confident to carry out his duties on the ship.

“I haven’t seen the system before so this is all new to me, but I’m quite confident I’ll be able to maintain the system,” he said. “So it shows that the training that’s being delivered here is appropriate.”

The AN/SPN-41B is one of two shipboard instrument landing systems compatible with the F-35B; JPALS is the other, but is not currently installed on either ship. These precision electronic approach and landing aids help pilots safely land by displaying the glide path and centerline information to the pilot while approaching the carrier.

The U.K.’s two Queen Elizabeth-class carriers and the Italian carrier ITS Cavour are designed for F-35B operations and will be equipped with the AN/SPN-41B. However, ICLS technician training is not yet available to foreign nationals at the U.S. Navy’s “A” School. To address the need, the program office and NAWCAD WOLF collaborated to develop a customized curriculum in 2016 comprising classroom and hands-on training on how to service and maintain the system. The first two groups to complete the course were Royal Navy sailors assigned to U.K.’s first-in-class HMS Queen Elizabeth in 2017. HMS Queen Elizabeth began flying the F-35B off its deck in late 2018 during developmental testing.

“The U.K. specifically has different options on their SPN-41B than what we have, so their training needs are different from what our Sailors receive at Navy “A” School,” said Barrett Straub, Air Traffic Control systems engineering branch head at NAWCAD WOLF. “This technician training shows how to conduct routine maintenance and repair failures.”

The U.K. and Italy operate the F-35B short takeoff and vertical landing variant, which is the U.S. Marine Corps model scheduled to replace the AV-8B Harrier. The Pax River F-35 Integrated Test Force is scheduled to carry out developmental testing on ITS Cavour later this year and on HMS Prince of Wales in 2021 with its assigned F-35B flight test aircraft.