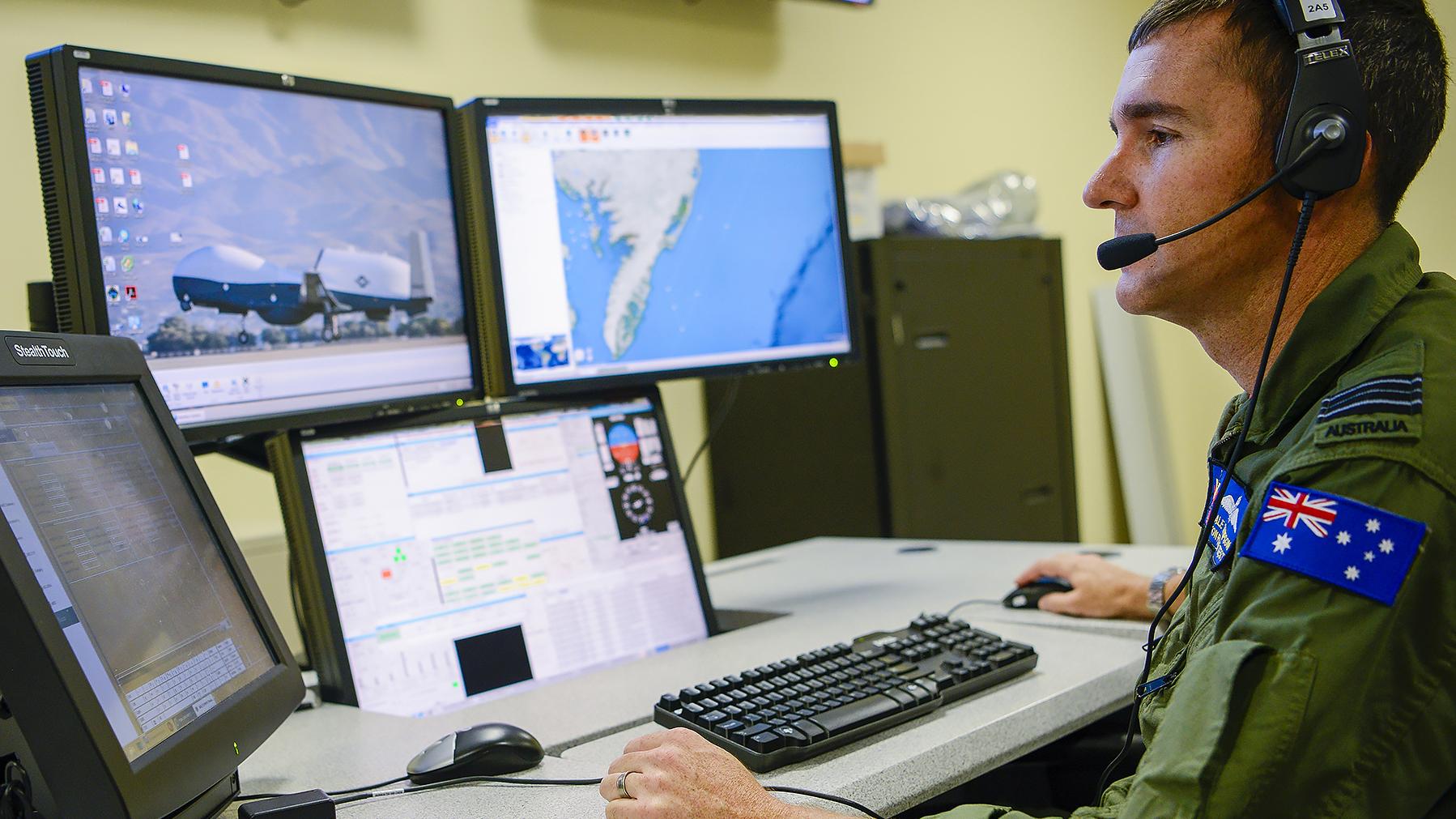 The U.S. Navy’s Triton team is working alongside its partners from the Royal Australian Air Force (RAAF) to develop and execute the cooperative program between the two countries.

Over the past year, the RAAF have provided eight Cooperative Project Personnel (CPP) in support of the Unmanned Aircraft System (UAS) program after signing an agreement in 2018 to procure up to six Triton aircraft and associated Mission Control Stations (MCS) under the MQ-4C Triton Development, Production and Sustainment Cooperative Program. The embedded CPP work with various program teams ranging from engineering, research and development, to flight test.

“This cooperative program aligns with DOD’s objective to strengthen alliances that are crucial to our National Defense Strategy,” said Capt. Dan Mackin, Triton program manager.  “We are working together with our Australian counterparts to jointly define new capabilities that benefit both countries.”

“It is an absolute privilege to fulfill this role, working with my U.S. Navy colleagues to develop and test this new, unmanned platform,” said Thompson. “The dedication and ingenuity displayed by the system administrator team in this example epitomized the U.S. Navy’s genuine commitment to integrate their cooperative partners within the Triton program.”

Thompson, a graduate of U.S. Naval Test Pilot School and formerly a tactical coordinator (TACCO) for the Australian P-3 program is the first international partner to operate Triton and serves as a TACCO. He is responsible for managing mission systems during flight and performs the mission systems team lead role at the integrated test team (ITT), managing a diverse team of specialized flight test engineers and project officers.

“This is the latest important milestone for our cooperative program, which allows our test team member to be fully involved in all facets of testing,” said Wing Cmdr. Troy Denley, Australian National Deputy for the Triton program.” The cooperative program continues to mature with all CPP embedded in key roles that will help ensure the success of the program for both nations. This is due in no small part to the dedication of Triton’s international team.”

Thompson will routinely participate in flight test operations with his Navy counterparts to gain experience on the system while contributing to the cooperative effort utilizing his flight test experience. After his three-year tour, Thompson will return to Australia and continue working on the program in the same capacity.

“This keeps continuity,” he said.  “We will take the skills and lessons learned here early on and apply them to our program when the aircraft is delivered in-country.”

Thompson’s integration into the ITT is one of the many milestones of the cooperative program as both partners progress toward delivery of capability to the warfighter.  Under the agreement, the RAAF will embed personnel within the U.S. Navy program team for the next decade. The Navy and industry partner, Northrop Grumman, plan to deliver the first aircraft to Australia in 2023.

The RAAF plans to operate the MQ-4C Triton in conjunction with the P-8A Poseidon to support its maritime patrol and intelligence, surveillance and reconnaissance roles. 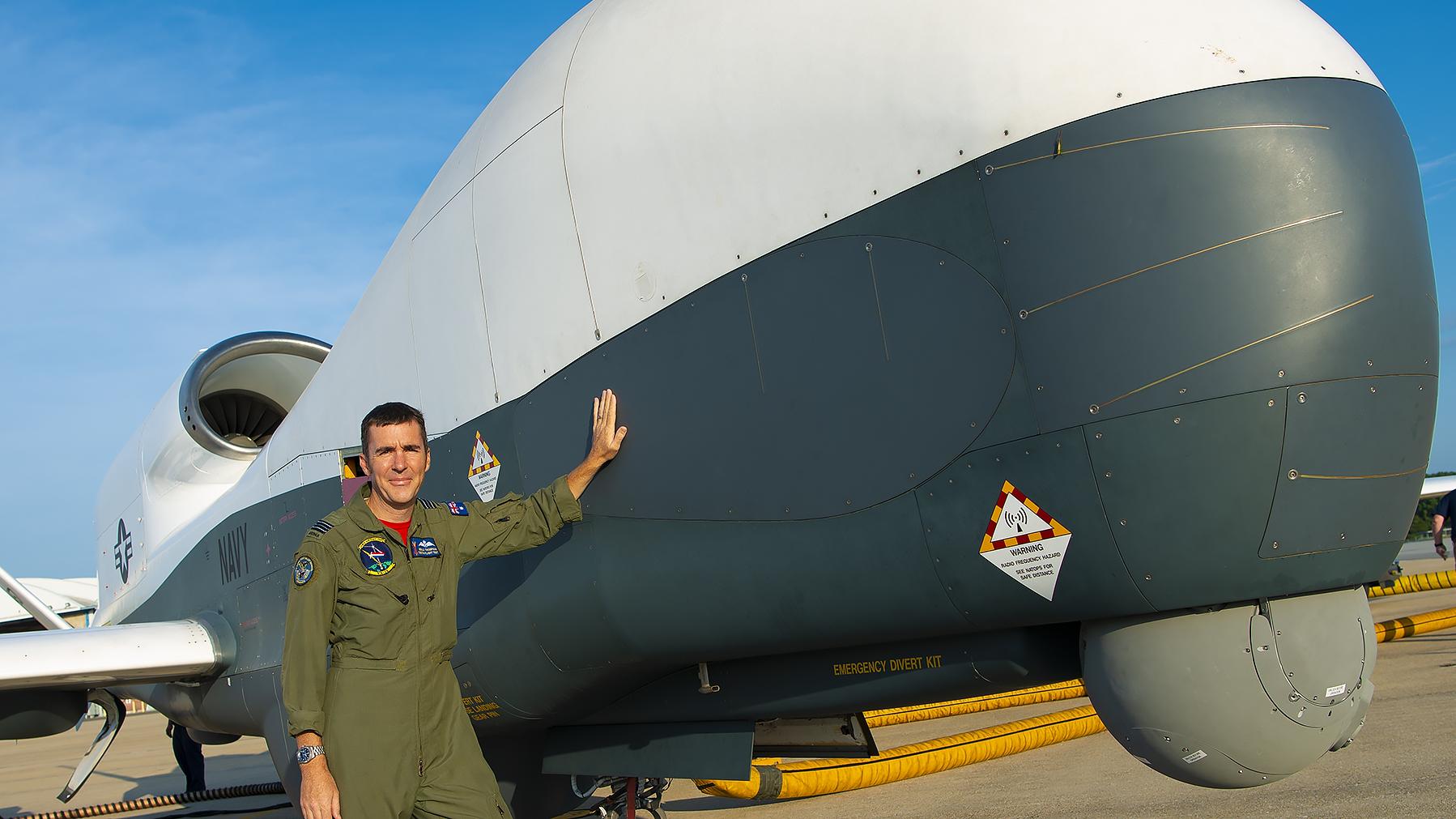 Royal Australian Air Force (RAAF) Squadron Leader Neale Thompson stands in front of Triton unmanned aircraft during pre-flight check Aug. 14 at NAS Patuxent River, Md. His recent integration into Triton's test team is a milestone for the cooperative program as both partners progress toward delivery of this unmanned capability to the warfighter. (U.S. Navy photo)