The Low Rate Initial Production (LRIP) Lot 4 contract, which was signed October 26, is for just over $550 million. The contract delivers the six aircraft in early 2024 as part of a 200-aircraft program of record for the U.S. Marine Corps. This contract award also includes funding for programmatic and engineering support and rate tooling.

“This contract award is a testament to the government’s confidence in the CH-53K platform. This award shows that we are working hard to make the aircraft more affordable,” said Major General Greg Masiello, program executive office, air ASW, assault and special mission programs. “The capability and affordability of the CH-53K is important to ensure that we provide a valuable addition to the United States Marine Corps and our friends and allies.”

The program is moving toward completion of developmental test in support of Initial Operational Test and Evaluation (IOT&E) in 2021.  To that end, the Marine Corps is in the process of accepting the first operational test aircraft configured for Initial Operational Capability. It will be used for initial CH-53K operator and maintenance training in support of the CH-53K, and along with three other aircraft to be delivered early next year, will support the execution of IOT&E.

“This contract award is another giant step forward as we continue to execute within the reprogrammed CH-53K program timeline,” said Col. Jack Perrin, program manager for the Naval Air Systems Command Heavy Lift program office. “As the long-range logistic support backbone for the U.S. Marine Corps, it is essential that we get this aircraft to the fleet as quickly and as affordably as possible.”

As the CH-53K moves toward IOT&E in 2021, developmental flight tests are wrapping up. Recently completed testing includes air-to-air refueling while carrying a 27,000 lb. external load, sea trials aboard the USS Wasp, and flight testing in a degraded visual environment in Yuma, Arizona.

Currently there are 24 aircraft on contract with Sikorsky. 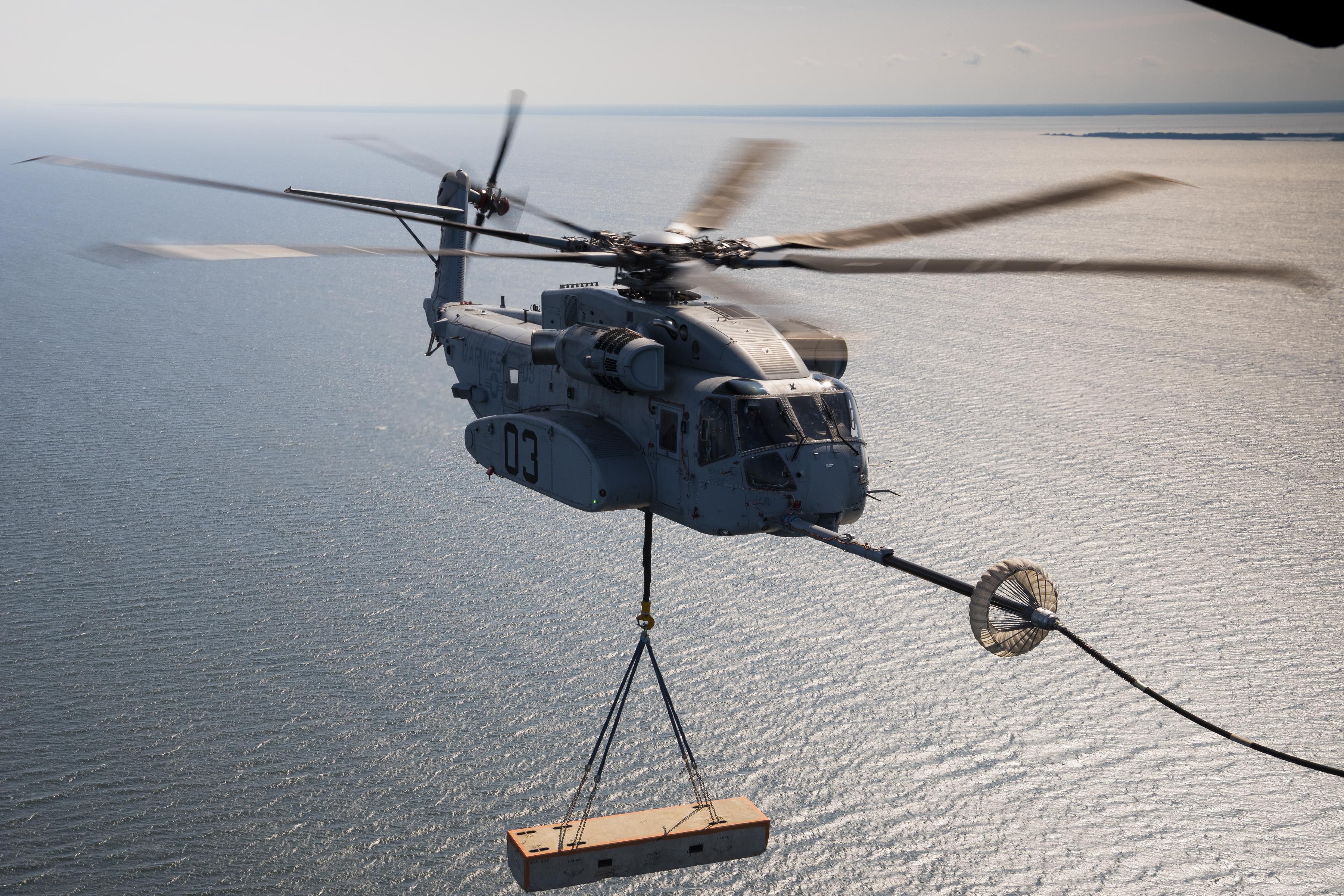