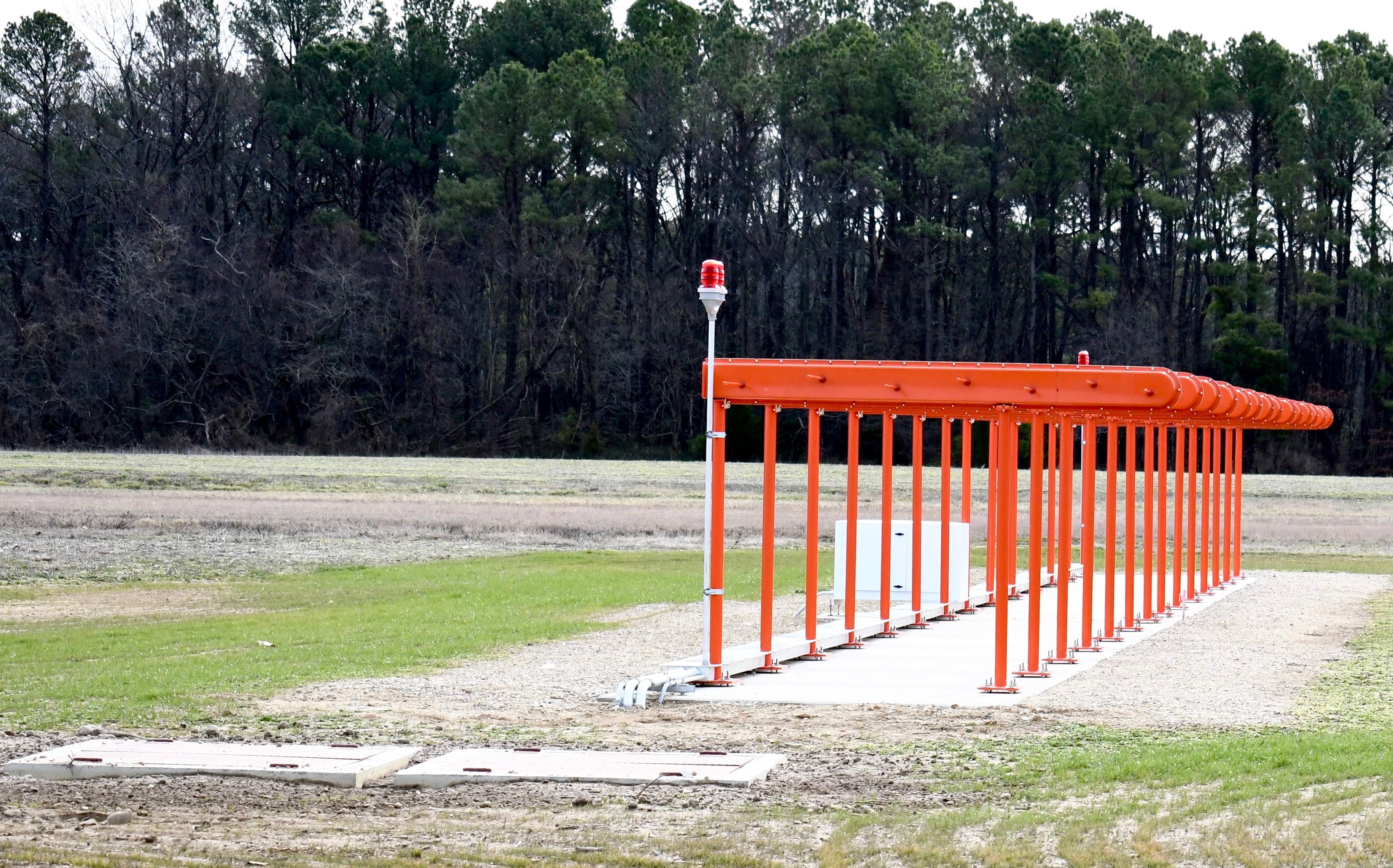 The Navy’s newest instrument landing system, expected to be fully operational at NAS Patuxent River by mid-February, used radio beam signals interpreted by an aircraft’s computer systems which then relay the information to pilots, enabling them to make necessary corrections as they approach the runway.

The Navy’s newest instrument landing system (ILS) is installed at NAS Patuxent River’s Trapnell Airfield, required inspections are underway, and the system is expected to be fully operational by mid-February.

“ILS is becoming a program of record for the Navy because we’ve finally reached the point where more than 50% of the Navy’s fleet of aircraft are capable of using this equipment,” said Pax River’s Air Traffic Control Facility Officer Lt. Steve Palmer.

Palmer explained ILS is similar to precision approach radar (PAR) in that both provide lateral and vertical guidance to a pilot for landing, but PAR requires verbal instructions from an air traffic controller. ILS, however, utilizes radio beam signals that are interpreted by an aircraft’s computer systems, which then relay the information to pilots enabling them to make corrections to their flight path and ensuring their aircraft remains in line with the runway and descends at the correct rate.

“ILS allows pilots to see through needles and numbers in their cockpit without having someone in their ear telling them they’re above or below, or left to right, of where they need to be in relation to the runway,” Palmer said.

While the new system somewhat removes the “middle man,” it does not mean the 81 military and civilian air traffic controllers at Pax River are no longer necessary.

“You may not need to use PAR as frequently, but you still need someone to clear the airspace and clear the runway,” Palmer noted. “There are other parts to air traffic control, not only that final critical phase of flight; and for any aircraft not capable of using ILS, air traffic control comes back into play with precision approach. There are platforms in the Navy that aren’t going anywhere soon, and because they don’t have room in the cockpit or don’t have the capability to receive the other end of ILS they’d need in the cockpit, we’ll still be providing plenty of precision approaches.”

The system’s installation provided an increased capability at Pax River, and will also save the Navy money.

“It will allow test aircraft at Pax to use the ILS, which will reduce the flight hours required to go to a different location, saving both time and money,” said Jason Zimmerman, the Level II IPTL for Shore Landing Systems at PMA-213, the program office that oversaw the installation. “The cost savings are estimated to be more than $8 million a year.”

Two more significant advantages of ILS are its low maintenance relative to some of the other systems in use that aid in precision landing, and its proximity to PMA-213, noted Palmer.

“Because of fewer parts with the system, it won’t go down for maintenance as much as the bigger, older systems we have, and having the ILS engineering team down at Webster Outlying Field is a plus,” Palmer added. “If they need to take measurements or want to check on the installation, it makes it so much easier, and the response they can provide if there is a problem is rapid fire. It’s very helpful in that aspect.”

The project was a team effort that required multiple stakeholders working together to get the system in place at Pax River.

“And by having the system as a program of record, it will include the sustainment and training that was not available to the fleet before,” Zimmerman added. “To date, the plan is to have all the current systems installed [Navywide] by 2028.”