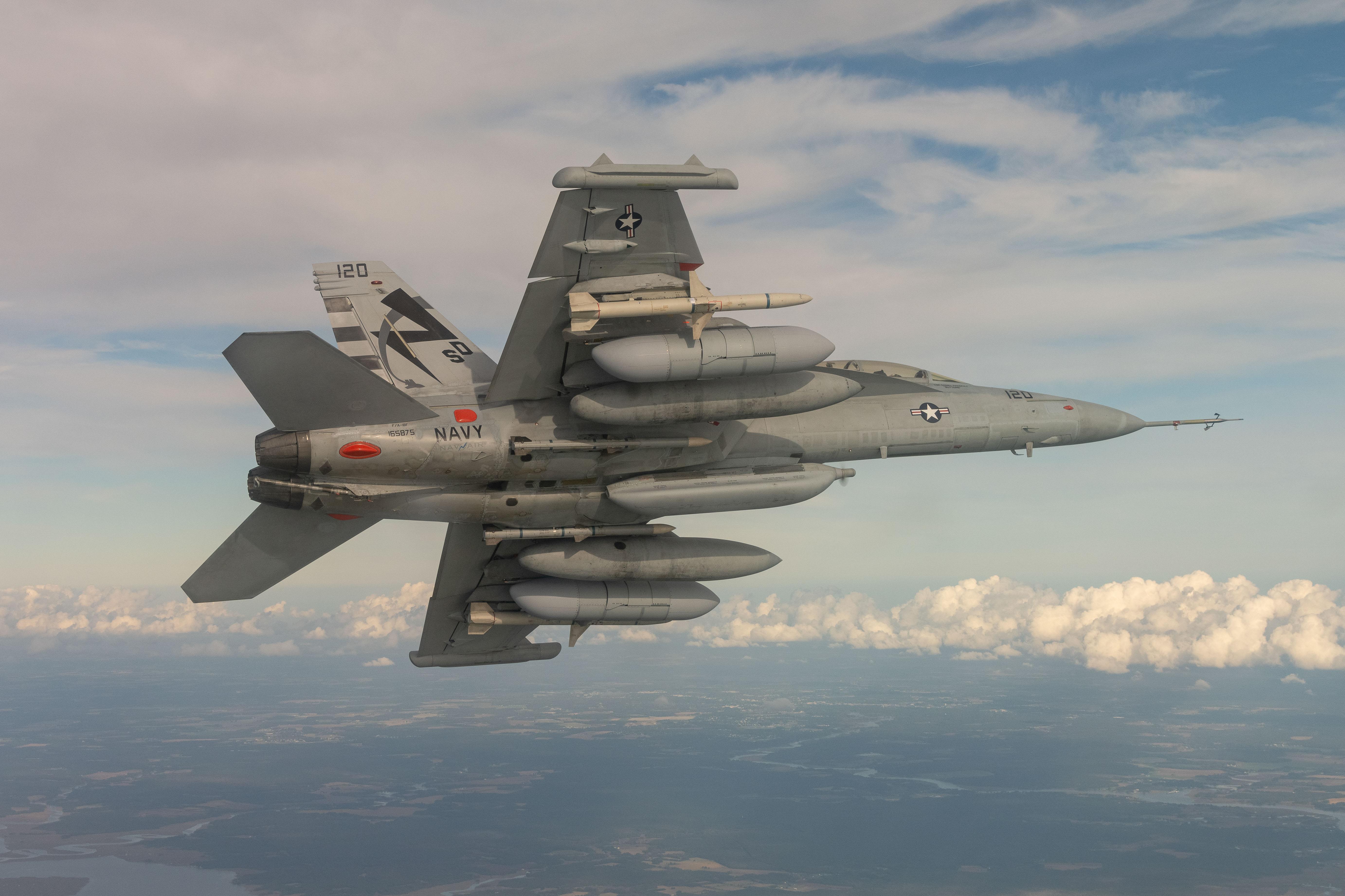 “This capability is a game changer for our warfighters and the Airborne Electronic Attack community,” said Rear Adm. Shane Gahagan, Program Executive Officer, Tactical Aircraft Programs. “Milestone C is the critical next step in ensuring that our team will be able to deliver a high-performing, state-of-the-art capability to the fleet.”

“Reaching Milestone C and entering the production phase validates the thousands of test hours and planning that our combined U.S. Navy and Royal Australian Air Force team has contributed to this evolutionary capability, and I couldn’t be prouder,” said Capt. Michael Orr, AEA Systems (PMA-234) program manager, who manages the NGJ-MB program.

Part of a larger NGJ system that will augment and ultimately replace the legacy ALQ-99 Tactical Jamming System currently used on the EA-18G Growler, NGJ-MB has successfully completed more than 145 hours of developmental flight testing on the Growler and has more than 3,100 hours of chamber and lab testing.

The U.S. and Australia share a cooperative relationship for the development, production, and sustainment of NGJ-MB. The program office is responsible for acquiring, delivering and sustaining AEA systems, providing combatant commanders with capabilities that enable mission success.