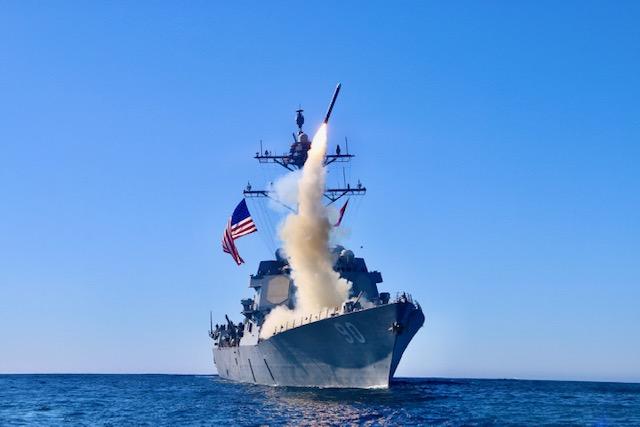 The Navy awarded a $217.1 million contract May 24 to Raytheon Missile Systems to deliver 154 Tomahawk missiles to the Navy, Marine Corps, and Army by 2025.

“This is a major accomplishment for the program as we move forward into a new era for the Tomahawk Missile System,” said Capt. John Red, Tomahawk Weapons System program manager (PMA-280).  “We look forward to delivering this capability not only to the fleet, but to our Marines and Soldiers around the globe.”

The Tomahawk program office used Economy Act 31 USC 1535 and 1536 which allows one agency to obtain goods with another agency under certain circumstances. Congress passed this act in 1932 to obtain economies of scale and eliminate overlapping activities of the federal government, according to DoD financial management regulations.

The Marine Corps is developing and fielding a ground based Tomahawk launcher. This contract includes procurement of missiles to support stand up of the new Marine Corps units.

PMA-280 worked closely with the Army’s Rapid Capabilities and Critical Technologies Office (RCCTO) to execute the contract in an effort to deliver the missiles on an accelerated schedule. The Army is leveraging PMA-280’s ongoing modernization efforts, investment strategies, and joint test events for its Mid-Range Capability program, a system that is on track to be delivered to its first Army unit in FY23.

FRP Lot 18 will be in the Block V configuration which features a NAV/COMMS upgrade that maintains the capability for in-flight updates and improved navigation. Future Block V capabilities will include the Maritime Strike Tomahawk (MST) variant and the Joint Multiple Effects Warhead System (JMEWS).