The Environmental Test Lab’s Blowing Rain Test Apparatus (BRTA), outfitted with water tubing and placed on a moveable platform, simulates a blowing rainstorm during a test on a Hangar Structure and Outline Light and a Line-Up Light for USS Zumwalt (DDG 1000). The fanboat can produce winds up to 110 miles per hour and 48 inches of rain. (Courtesy photo)

Jonathan Myers goes to work every day and tries to break stuff.

Deck lights, pulley systems and network switch racks are all items that have seen his wrath. On this particular day, it’s a deck edge light for USS Zumwalt (DDG 1000) that is getting the business – it’s being heated to 104 degrees Fahrenheit and submerged in a tank of 55-degree water, a stress test designed to see if it can withstand the realities of life on a ship.

But Myers doesn’t see his job as one of mere destruction; as the lead environmental test engineer and acting lab manager at the Naval Air Warfare Center Aircraft Division Lakehurst Environmental Test Lab (ETL), he’s here, he said, to help.

“We hope that it doesn’t, but certainly a byproduct of testing is that we do break a lot of things,” Myers said. “The whole point is to make sure that they survive here so they will survive out in the environment.”

After a revitalization in October 2017, the lab streamlined the way it conducts testing, from documenting initial requests to reporting results to customers. Of note, Myers said, is the lab’s institution of writing test directives, which contain step-by-step plans and regimented test procedures as well as extensive background information on the items being put through the wringer – something extremely helpful for tracing a piece of equipment’s history.

“Thirty years from now, I can look at this report and say, ‘Why were we testing, and what was the outcome of it?’” Myers said.

Additionally, Joe Hader, the assistant deputy program manager for Air Capable Ships/Amphibious Assault Ships, who oversaw the ETL’s transition, said the lab is uniquely situated to be helpful to the ALRE program because of its Lakehurst location. When the lab conducts tests, the equipment’s engineers are mere buildings away and are often invited to be a part of the process. That can be a big time-saver when compared to testing that is contracted to outside agencies.

“If this is contracted out somewhere across the state or country, you don’t have that ability to get a phone call and five minutes later come over here and troubleshoot with the staff,” Hader said. “It’s huge having that capability organically here on base.”

Myers pointed out that this proximity to customers can also cut down on costs. Program offices have budgets for environmental testing, he said, and a full suite of tests takes about two months if nothing goes wrong. But in a lab that simulates some of the world’s harshest conditions, something inevitably breaks. When it does, more time is necessary in order to find repair solutions and test the equipment again, which can multiply labor costs if outside agencies are contracted for the work.

“If something breaks and you slip the schedule, you get charged for that, and it could be a lot of money,” he said.

Beyond simply conducting testing, the lab serves as a subject matter expert for its customers, Myers said. About two-thirds of their time is spent advising programs on setting requirements for testing, analyzing contractor work and providing recommendations for items that may have passed initial environmental testing, but potentially could have other problems down the line.

This helpfulness is one of the reasons Hader has nominated the ETL team for the ALRE Team of the Quarter Award for the second quarter of fiscal 2020. Hader pointed out that the team often goes well above and beyond for its clients, even going so far as to personally drive equipment from base to base in order to save precious time in the schedule.

The lab itself is a warehouse full of machinery designed to push ALRE equipment to its limits. In one corner, a fan boat is jury-rigged to a trailer and outfitted with various orange hoses so it can mimic a catastrophic hurricane with winds up to 110 miles per hour and 48 inches of rain. In another, a 400-pound hammer waits ominously above a platform, ready to drop at a team member’s cue to simulate the shock of an impact. What appear to be industrial refrigerators are actually climatic chambers that can be set from 100 degrees below zero to 400 degrees Fahrenheit and zero to 95 percent humidity. A big tub with an angular lid serves as a basin that can conjure up the kind of salt fog that wreaks havoc on ship electronics.

The ETL team has seen a lot of ALRE equipment, from prototypes and newly manufactured items to components already in service that need further investigation or recertification, pass through those warehouse doors. The lab has tested the Moriah Wind System (MWS), Advanced Flight Deck Lighting (AFDL) and the Landing Signal Officer Display System (LSODS), among other things. The team has even tested components of and provided fixes for the Electromagnetic Aircraft Launch System (EMALS) and Advanced Arresting Gear (AAG) that are the hallmarks of the new Ford-class aircraft carriers.

“Pretty much any type of ALRE component at some point in its life would have had to go through some sort of environmental testing,” Hader said.

Indeed, the ETL’s work ensures that ships are ready to go and can accomplish their missions, something that could ultimately save Sailors’ lives.

“A lot of these items are mission critical. If you don’t have them, the carrier doesn’t operate correctly,” Myers said. 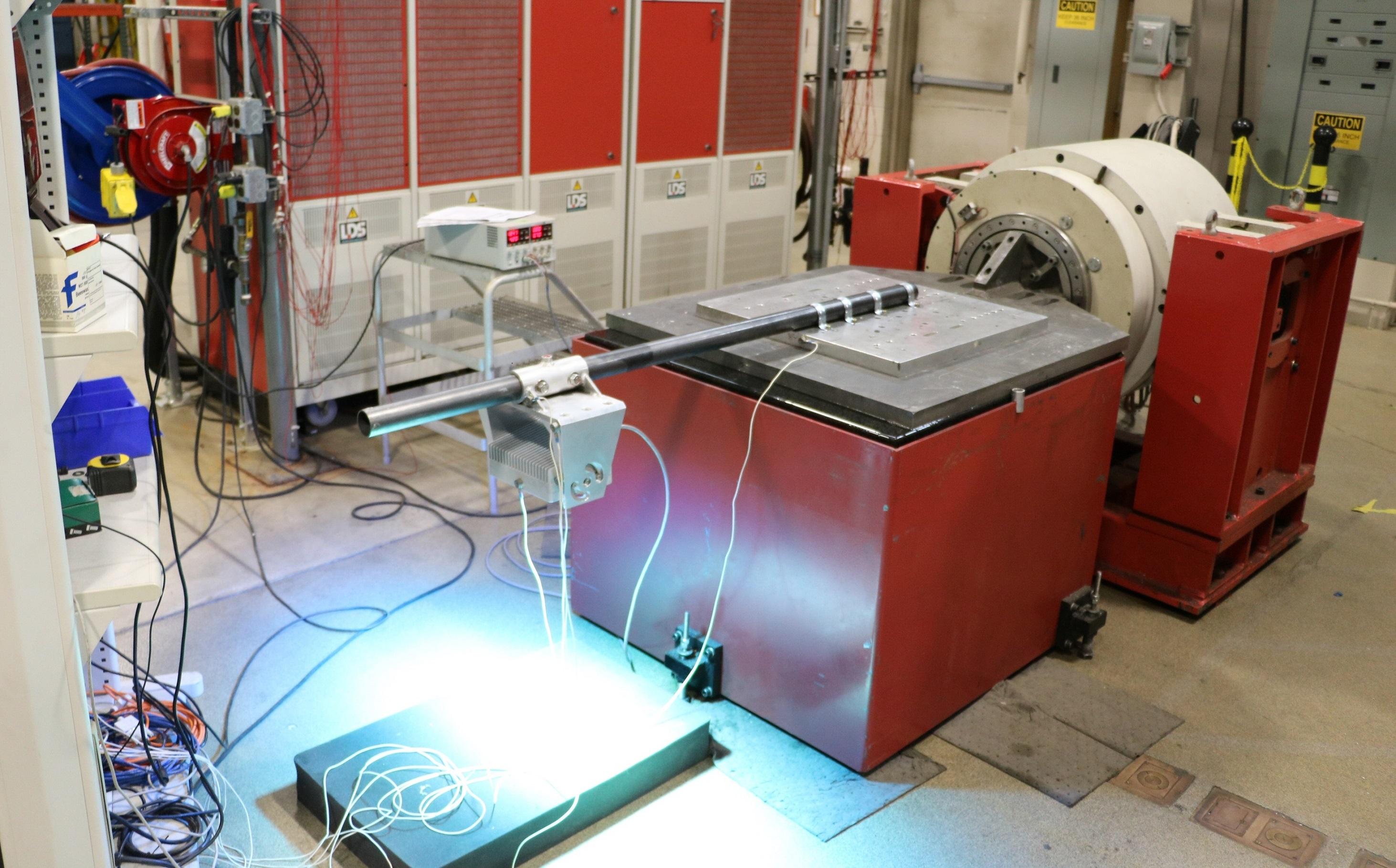