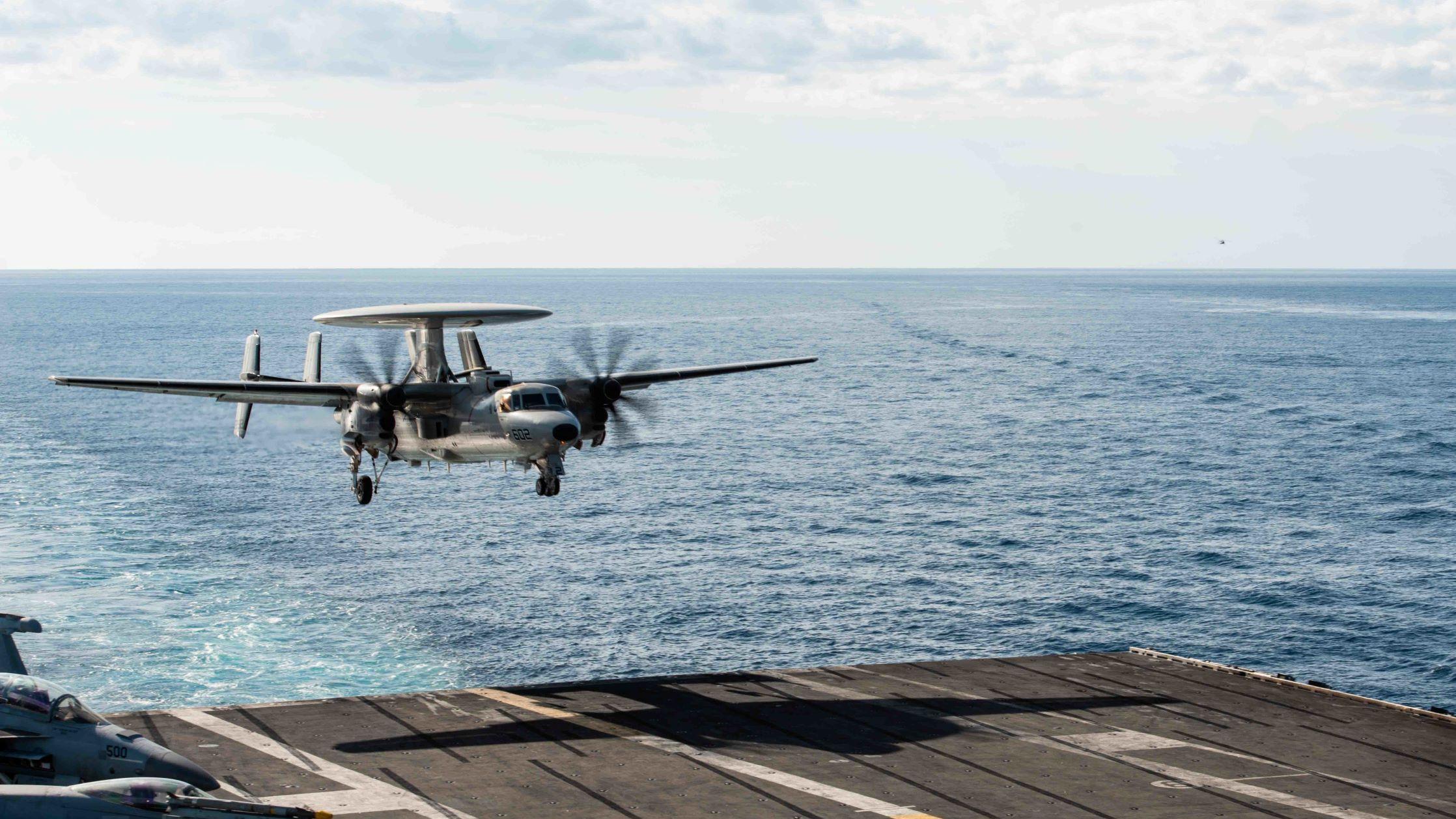 In December France signed a Letter of Offer and Acceptance to procure three E-2D Advanced Hawkeye aircraft from the U.S. Navy like the one pictured here.

France became the second international customer of the E-2D Advanced Hawkeye (AHE), Dec. 2, with a signed Letter of Offer and Acceptance to procure three E-2D aircraft from the U.S. Navy, for a maximum value of $2 billion.

“The E-2/C-2 program office is looking forward to continuing a longstanding partnership with France and beginning a new chapter with the E-2D,” said Capt. Pete Arrobio, program manager of the E-2/C-2 Airborne Command & Control Systems Program Office (PMA-231). “This procurement will increase interoperability among the U.S. Fleet and international partners.”

The three E-2Ds are scheduled to be delivered by 2028 and will replace the three existing E-2C Hawkeyes of the French Navy, Marine Nationale.

The E-2D AHE, produced by Northrop Grumman, represents a two-generation leap in technology compared to its predecessor, the E-2C Hawkeye. The aircraft features a state-of-the-art radar and upgraded aircraft systems that improve supportability and increase readiness. The centerpiece of the E-2D AHE is the APY-9 radar system, designed specifically to provide enhanced surveillance detection and tracking capability against advanced threat aircraft and cruise missile systems in the overland, littoral, and open ocean environments. With the addition of aerial refueling capabilities, the E-2D remains the most advanced command and control platform in the world.

The French Navy becomes the second international customer of the E-2D Advanced Hawkeye. The Japan Air Self Defense Force has purchased 13 E-2D aircraft to date.

PMA-231 is responsible for providing the E-2C Hawkeye, E-2D Advanced Hawkeye, and the C-2A Greyhound fleet with acquisition strategy, logistics and sustainment solutions.