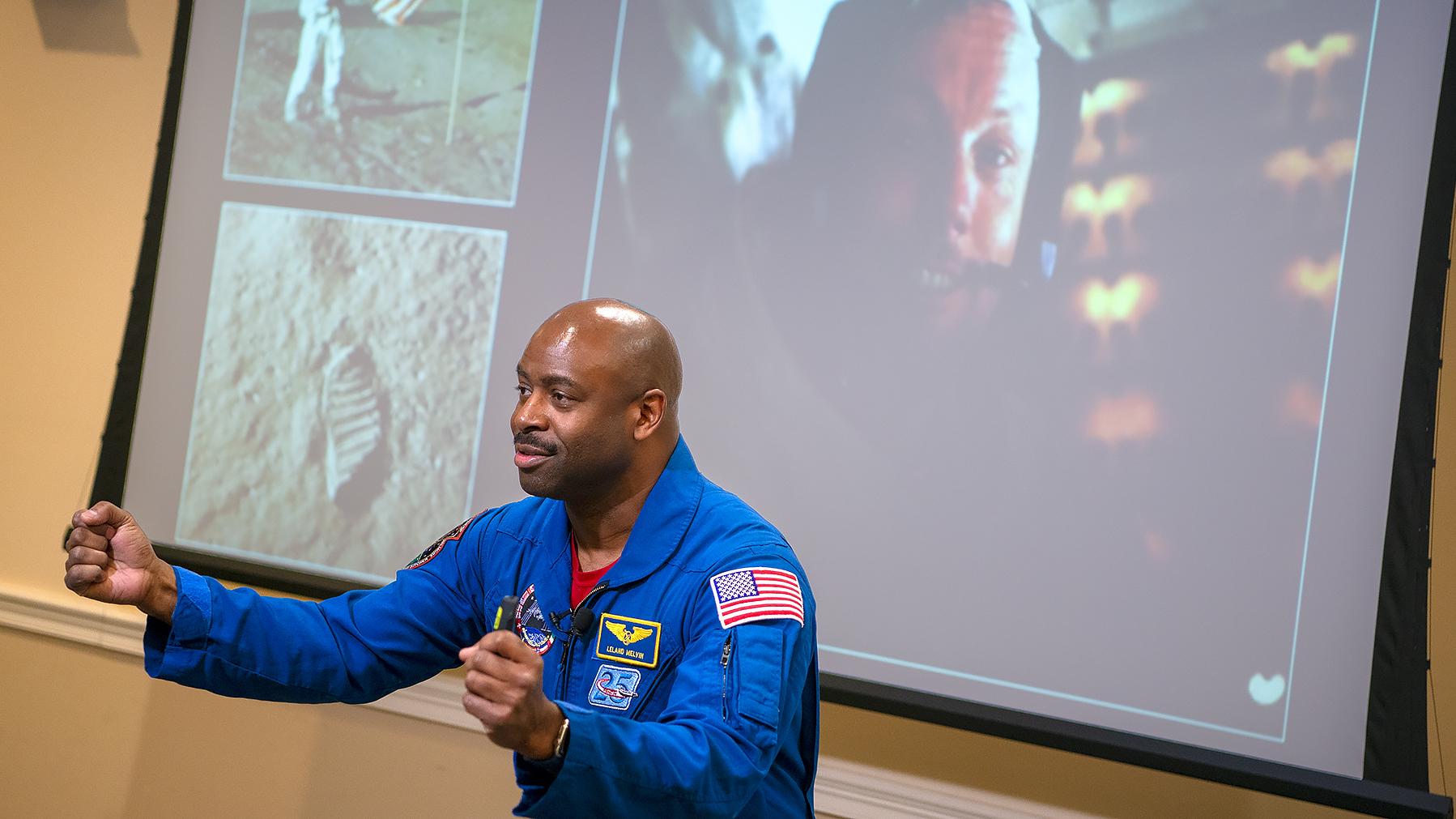 From a football star to flying among the stars, Leland Melvin shared his story of perseverance, grit and determination with NAVAIR employees at NAVAIR’s National Mentoring Month event here Jan. 31.

Melvin is the only person drafted to the NFL to have flown in space, and he credits his success to the people and mentors who believed in him, despite multiple setbacks.

“Both my mother and father were instrumental,” he said. “My mom read books to me, which let me know I could do anything and that someone had my back. People in my family always believed in me and told me I could do these things.”

Melvin became interested in engineering when his father recruited him to help renovate a $500 Merita Breads truck into a camper. He also humorously recalled testing his chemistry skills at a young age by burning a hole in his mother’s carpet accidentally. Those were invaluable lessons.

“Our vision sometimes comes from something we can’t even see yet,” Melvin recalled. “That was a part of me understanding my ‘why.’”

Melvin’s “why” came into play years later, when he was cut after being drafted to the Detroit Lions in 1986 because of an injury. After being signed as a free agent to the Dallas Cowboys, a professor at the University of Richmond encouraged him to research materials engineering at the University of Virginia. Melvin was offered a job as a research assistant and started his master’s degree, playing football at training camp during the day and studying at night.

His football career ended abruptly with a second hamstring injury, so with his master’s degree complete, Melvin headed to NASA, dreaming of the stars.

His path to space took a slight detour. While training for a spacewalk in a pool in April 2001, he was injured again and became deaf for three weeks. Thinking his hopes of flying in space were dashed forever, Melvin received an encouraging letter from NASA’s administrator while he was recovering, telling him not to give up.

After receiving a medical waiver, he flew into space twice on space shuttle Atlantis — first to install a laboratory to the International Space Station in 2008, and then in 2009 to aid on a resupply mission to the station.

“It was an incredible moment of working with people all around the world to advance our civilization,” he said. “Looking at the planet that way [from space], it fundamentally changes you. It’s transforming.”

The transformation, for Melvin, meant sharing his story in the hope of sparking passion in others.

“We that have been blessed with doing great things have a responsibility to pay it back to the next generation,” he said. He has written a book and is in the process of writing a graphic novel to show children how they can find their “why.”

“With the right resources, the right mentorship, they can be who they want to be,” he said.

Established in 2007, NAVAIR’s Mentoring Program provides a flexible, dynamic, cross-functional approach to forming mentoring partnerships. The program offers resources, a guidebook, training, events such as speed and group mentoring, and the online iMentor tool to match mentors with mentees.

This event was co-sponsored by NAVAIR’s Career Development Office and the Entry-Level Employee Engagement Team. Mentoring Month is a campaign held each January to promote mentoring in the U.S. For more information about NAVAIR’s career development programs, visit https://jobs.navair.navy.mil/training. 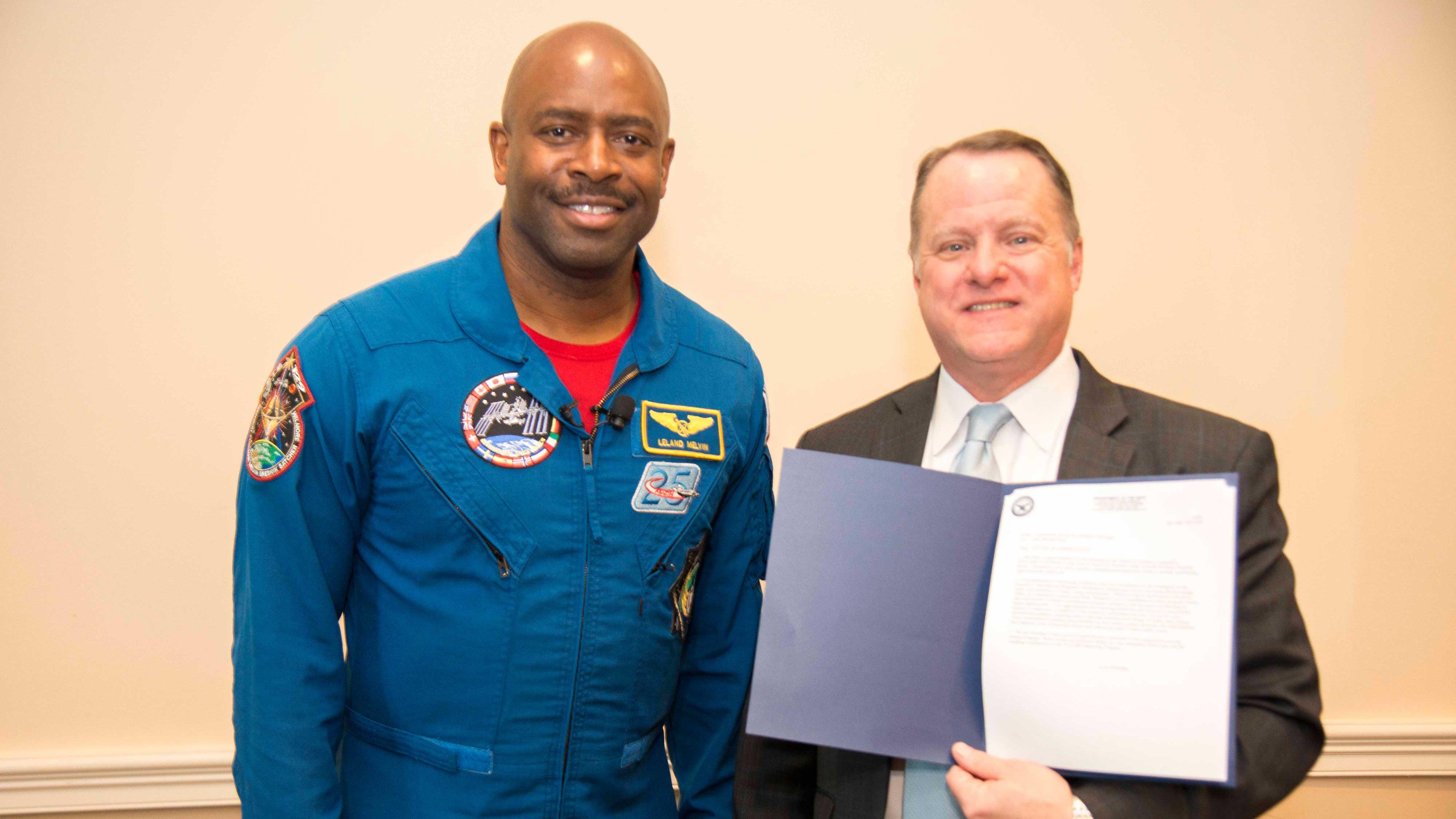