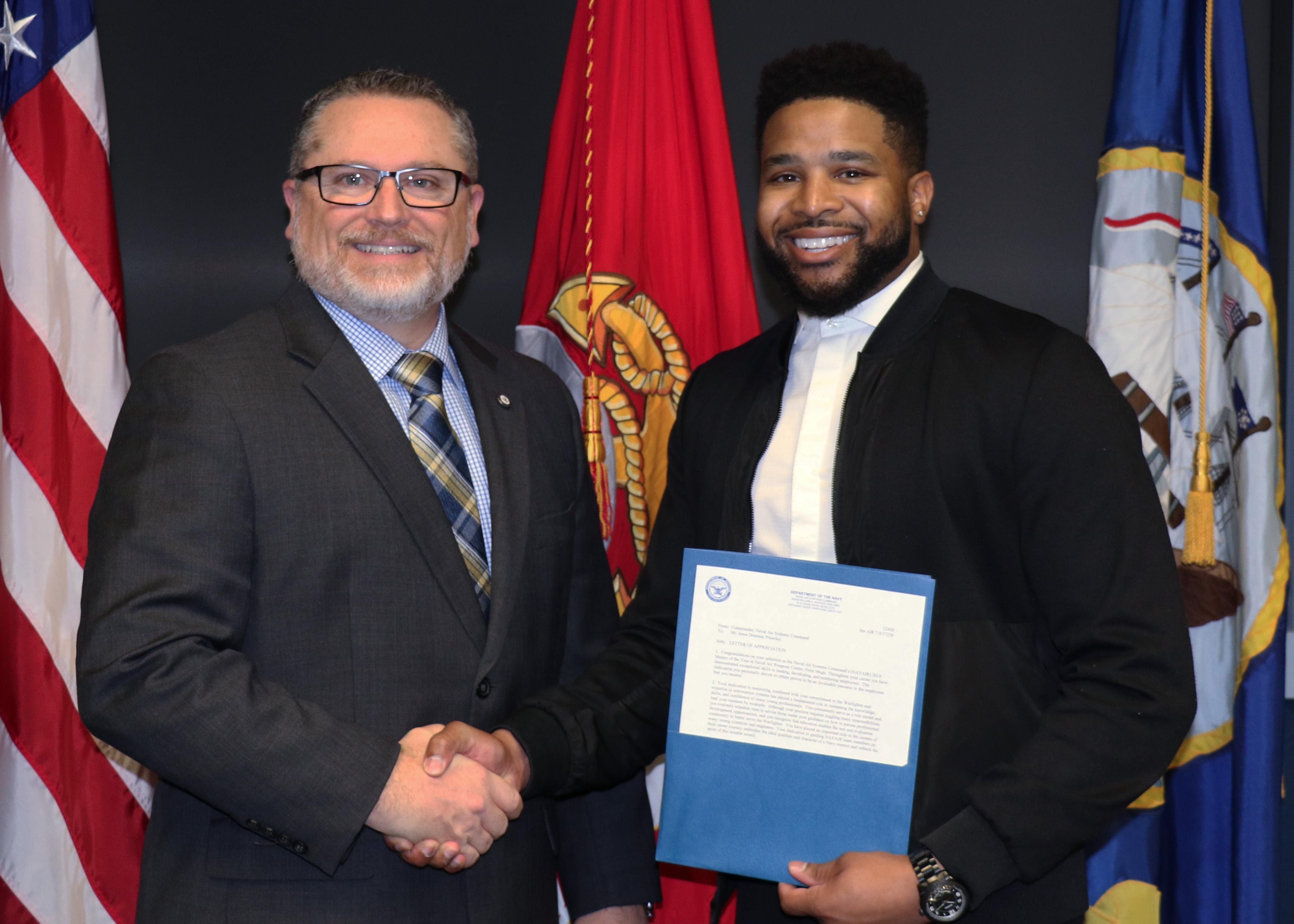 We should all be so lucky as to work with Dominic Priestley; at least, that’s what his mentees say.

And it would seem others agree. Priestley was honored Jan. 31 as the Naval Air Systems Command’s Mentor of the Year for Naval Air Warfare Center Weapons Division in Point Mugu, California.

One of those ESDPs, Phoenix Sanchez, nominated Priestley for the award.

“Dominic’s dedication to the mission is inspiring and contagious,” she said. “He repeatedly speaks of his vision for the team, and produces a track record of high-quality work to match his vision.”

More importantly, Priestley pulls others along with him on the road to success. He helps them set goals, plan career paths, and helps them find – and take advantage of – development opportunities.

“His mentorship has allowed me to transition from an inexperienced college graduate to a working professional who can acclimate to the pace and complexity of the work at NAVAIR,” Sanchez said.

For Priestley, it’s really about paying it forward. Because mentors gifted “their time, knowledge and experience” to him, and because his own leadership and division place such a high value on mentorship, he’s now able to do the same for his mentees.

“I enjoy sharing my time and contributing to the growth and development of others,” he said. “I’m fortunate to share the knowledge and experience I have, because it’s the result of several mentors who once shared their time with me.”

When Sanchez first came to NAWCWD, she had no career plan and no “big picture” goals. She credits Priestley with helping her understand how she can and does bring value to the work she does, and how that work connects to the warfighter.

“Everything I do has a purpose and a way of positively impacting the mission, and that’s what makes going to work something to look forward to every day,” Sanchez said.

That sense of pride in the work drives Priestley as well, who enjoys how everyone he works with is pulling in the same direction toward a common, worthy goal.

“In essence, it’s the belief that being successful in our work impacts people’s safety and lives,” he explained.